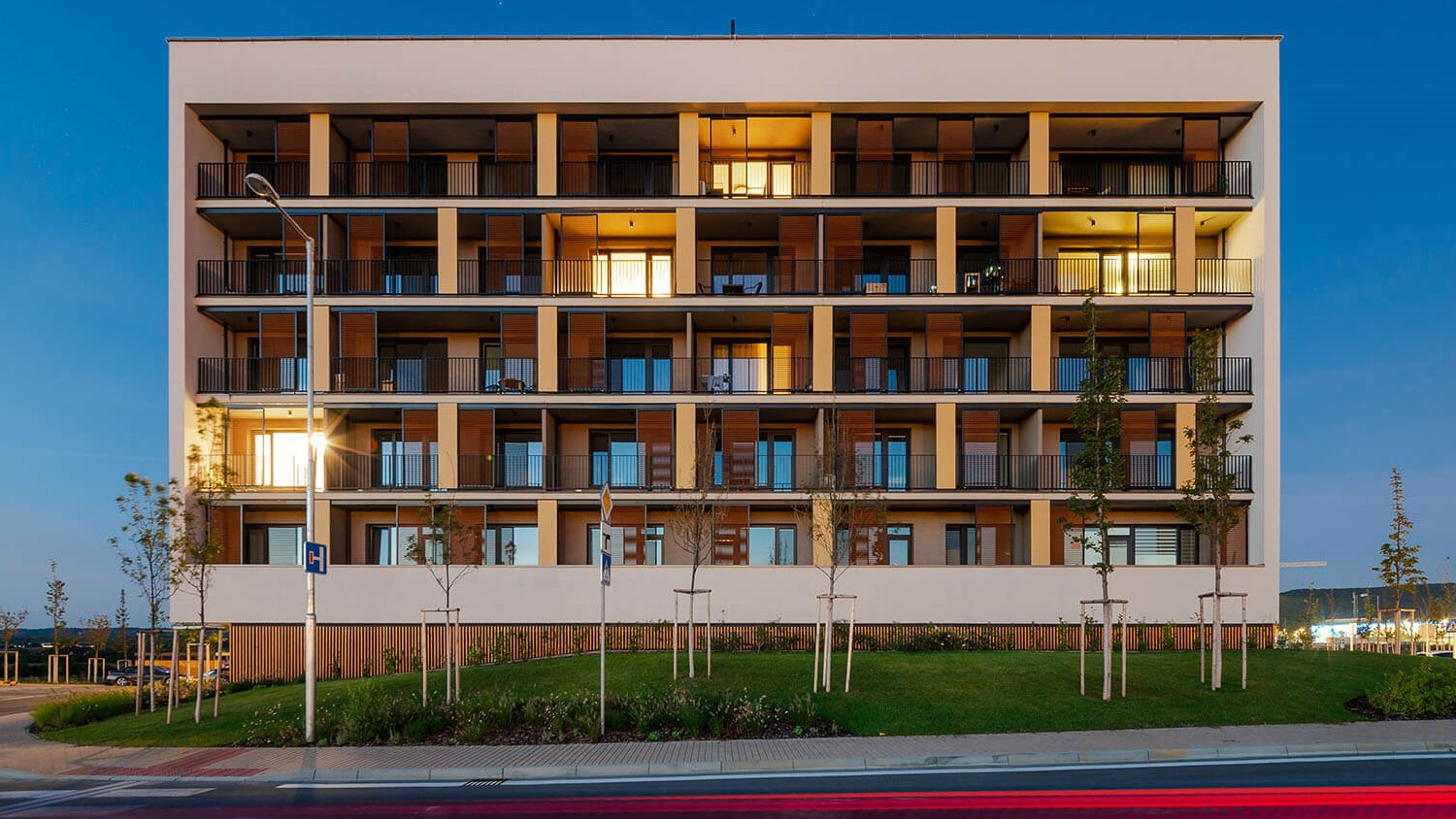 The fifth stage of the Bory Housing residential project is being prepared in the newly emerging Bory district in the northwest of Bratislava. This week the documentation for the Environmental Impact Assessment (EIA) was submitted. At the same time, documents for obtaining a zoning decision are being prepared. The fifth stage will bring 366 apartments to the site with construction expected to start in the first half of 2024, the developer announced this week.


The fifth stage of Bory Housing will offer architecture from the pen of the Perspektiv architectural studio, the winner of the architectural competition that was announced for the area. A total of six apartment buildings with four to eight storeys will be built in the area between the residential stage of Bory Promenáda and the furniture department store, near the Dúbravčický Brook. The architecture of the apartment buildings will allow the creation of four semi-private courtyards with a lot of greenery, which can be used by the residents not only for relaxation, but also for sports activities. There will be children's playgrounds, as well as workout playgrounds.The new stage will bring 366 flats to the locality, ranging from one-bedroom to four-bedroom flats. The offer will also include rooftop penthouses with terraces.

The project will include 596 underground parking spaces located in a two-storey underground garage that will connect all six apartment buildings. A further eight parking spaces will be created on the ground level, which will primarily serve the needs of temporary parking for taxi services, couriers or delivery services. The fifth stage will also be connected to the nearby cycle path, and the placement of cycle stands is also envisaged in the area of the apartment blocks.

"The fifth stage of the Bory Housing residential project will bring quality and attractive urban housing to the locality. It will be located in the central part of the entire Bory zone, in close proximity to the Bory Mall shopping centre. Similarly to the previous phases, this one will also bring ecological housing with a high proportion of greenery and high-quality community space. The continuation of the residential development confirms that the Bory area is one of the largest developing areas in Bratislava", says Michal Rehák, Business Development Director for Residential Projects.

Michal joined Penta after his university graduation in 2011. He started working as a member of the Penta Real Estate division where he specialized primarily on commercial real estate projects in the Bory district. Since 2018, he has broadened his horizons when he entered the field of residential real estate. Ever since then he continues to expand the residential development of the Bory district. He worked on the transformation of the third stage of the Pri Mýte project and he is also responsible for the origin of the Medze project in Dúbravka, Bratislava. More »

The Bory zone is situated between the Bratislava districts of Lamač and Devínska Nová Ves. In addition to housing, the area offers commercial and non-commercial amenities. The commercial part consists of the shopping centre Bory Mall and Bory Retail Zone, the non-commercial part consists of the Bory Hospital, which is currently under construction and its opening is scheduled for the beginning of 2023, as well as a kindergarten, which is already in operation and which the developer has already handed over to the municipal district of Bratislava - Lamač, for a symbolic one euro, in the summer of 2021.

The transport infrastructure in the Bory zone is connected to the nearby D2 motorway, the city centre is less than 15 minutes away by car. The proximity of the motorway also guarantees very good accessibility to nearby cities such as Vienna, Brno, Budapest or Prague. Of course, the zone is also connected to the existing public transport network. There are also plans to extend the tram line from Dúbravka.