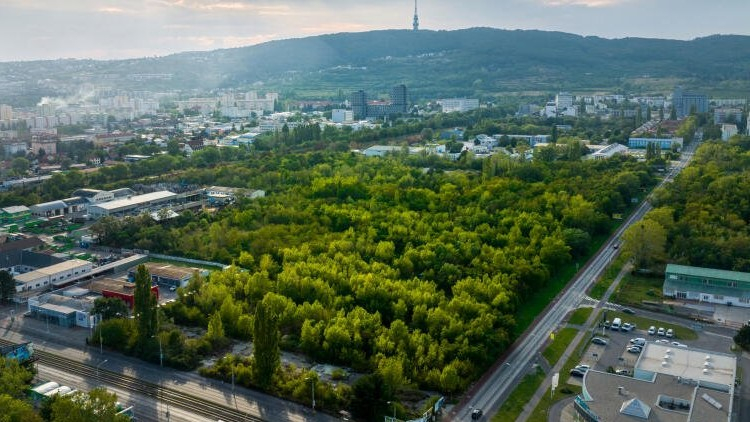 Penta Real Estate has bought 4.5 hectares of the land in Bratislava Nové Město district. The developer became the owner of this property in the bankruptcy proceeding in August this year. The price of the transaction was not published, the web portal TRENDreality.sk reports.


Large, neglected and long-time unused land in Bratislava – Nové Mesto district has a new owner the development company Penta Real Estate. The property bordered by Vajnorská and Odborárska streets has almost 4.5 hectares (45,000 sqm) and has a brownfield character. The developer has acquired it in the bankruptcy proceedings from the bankrupt company Fiscal Services Internatiol.

"As a developer, we are putting considerable effort and resources into revitalizing brownfields and making full use of them. A good example is the Jurkovičova Tepláreň in Bratislava - a national cultural monument, which we have successfully reconstructed and today serves the general public," said Juraj Nevolník, Executive Director of Penta Real Estate Slovensko.

He also believes that the company will succeed in the removal of any environmental burden on the land too. The aim of the project will be to revitalise the abandoned area so that it will be beneficial for the residents, tenants and the district itself in the future. Penta Real Estate has decided not to disclose the value of the transaction.

According to the TRENDreality.sk website the land is intended for future residential construction and the project will also provide for the construction of civic amenities, including commercial establishments. The location has potential for future development as it is very close to the tram and public transport stops, a railway station, a shopping centre, a lake, and a natural swimming pool Kuchajda.