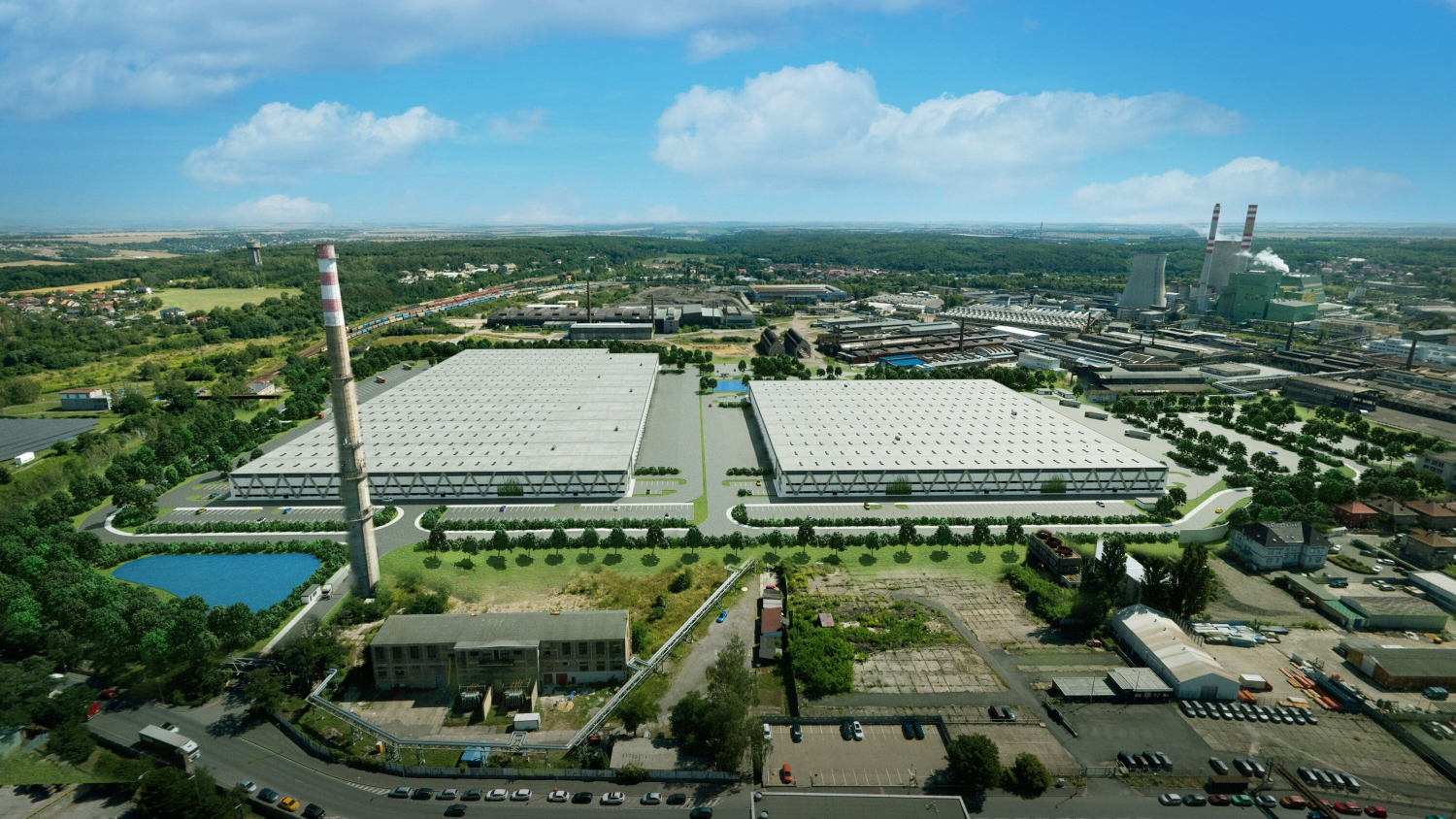 RSJ Investment Group has purchased part of the land formerly owned by Poldi Kladno, where Panattoni will build a modern industrial complex with a total area of 88,500 sqm. Demolition and remediation works will start by the end of this year. The new area is expected to create 2,000 new jobs, RSJ reports.


The investment group RSJ has purchased part of the land of Poldi Kladno, which has historically been famous for the production and processing of steel. After many years of dilapidation, the brownfield site will be revitalised into an environmentally sustainable industrial hall with the latest technology, provided by industrial builder Panattoni. The new Panattoni Business Park Kladno will consist of two modern halls with a total size of 88,500 sqm. The investment will bring up to 2,000 new jobs and help with the economic transformation of the area. Demolition and rehabilitation works are scheduled to start at the end of this year.

The vacancy rate for industrial and logistics properties in the Prague area is around 1%. This situation is limiting the development of companies in the region, which is also hampering their economic growth. The supply on the market will soon be helped by a part of the Poldi Kladno brownfield, on which a completely new industrial area will be built. This is one of the few places in the Central Bohemian Region where it is possible to build production and logistics facilities with a direct connection to the existing infrastructure. The new industrial complex will therefore revive the history of the site of the former Poldi steelworks, which in its greatest heyday employed up to 4,000 people and was famous for supplying steel to the Czechoslovak army as early as during the First Czech Republic or for producing titanium alloys used in the manufacture of aerobatic aircraft.

"Poldi Steelworks in Kladno has been a European concept in the field of the industry since the end of the 19th century and the entire complex has long been one of the most important economic drivers of the entire country. After the economic transformation, however, it has largely become an unused brownfield, which is also a burden on the environment. Now it is finally time to start decontaminating the site and then build an environmentally friendly industrial complex that will bring room for company growth and overall economic revival of the region, with a link to the industrial history of Kladno," says Pavel Sovička, CEO of Panattoni for the Czech Republic and Slovakia.

"We see the investment on the site of the former steelworks as a deposit for the overall reclamation, which will fundamentally enrich the whole of Kladno," explains Lukáš Musil, member of the Board of Directors of the RSJ investment group, adding: "This is our second project in this location and I believe it will not be our last. Kladno has ideal conditions for further development in general, which is why we are considering the possibility of residential development in the city."

RSJ has previously made no secret of the fact that it will continue to strengthen its logistics business and that it intends to invest a further €100 million in the construction of new sites. This is the group's several logistics projects. With Panattoni, it is building a park in Jirkov near Chomutov, where halls are already under construction.

After demolition and site remediation, Panattoni plans to build a modern industrial park on the land of the RSJ investment group, which will consist of two halls with a total area of 55,500 and 33,000 sqm. The construction of the new hall will, as is customary with both Panattoni and RSJ, meet the strictest environmental requirements. Both halls will aim for an "Excellent" rating under the BREEAM New Construction environmental certification and will feature state-of-the-art technologies that will help to increase environmental friendliness in particular. The location is ideal for modern manufacturing facilities, which will be a major attraction for high-value-added companies. The project has already been granted planning permission and, once the site remediation is complete, construction could begin within the next year.