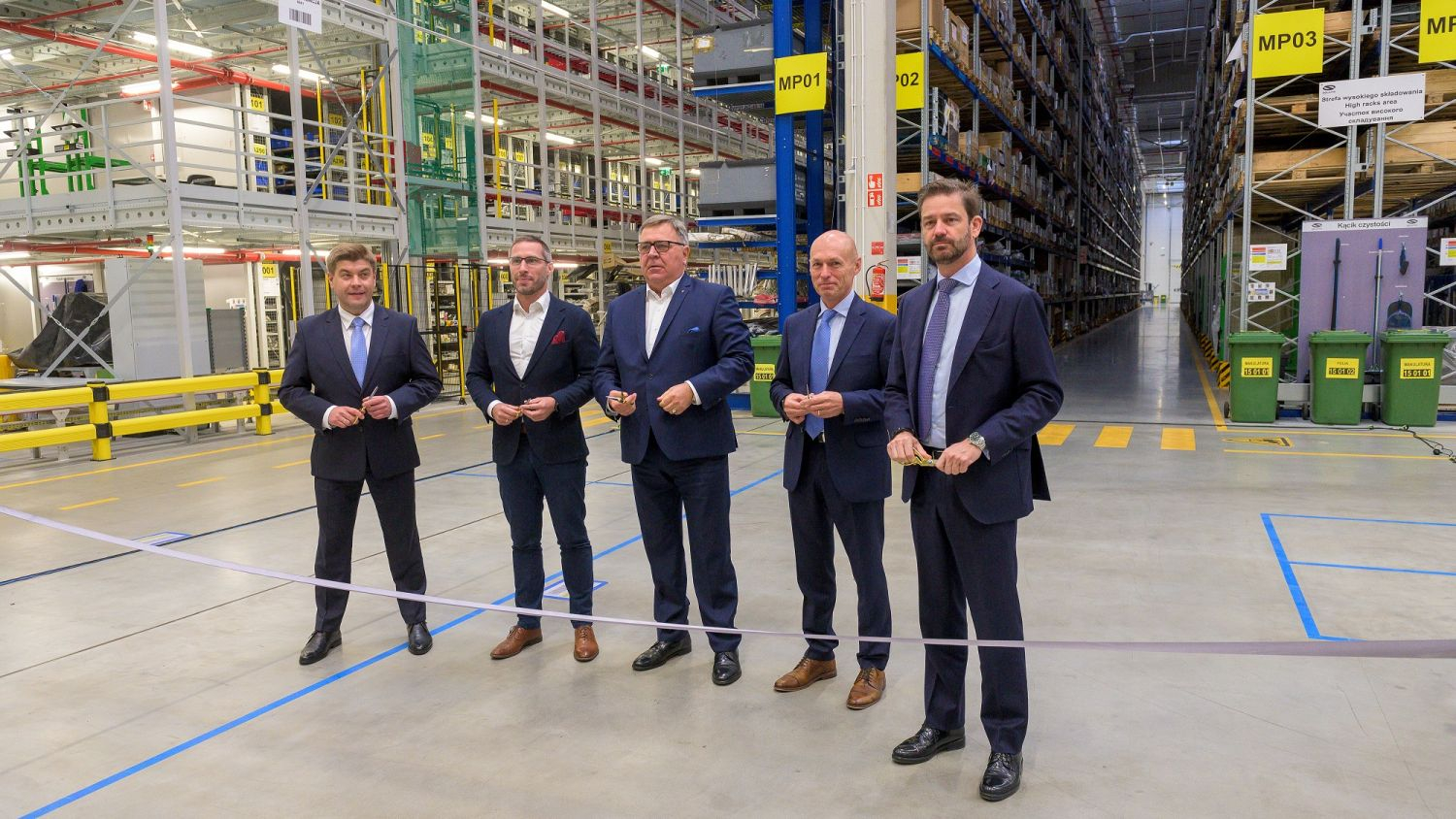 Panattoni has developed a 10,000 sqm building for Solaris Bus & Coach. The warehousing facilities for the factory in Bolechowo. The opening was held on September 29th.


Solaris will have the use of a 10,000 sqm warehouse built barely 150 m from its factory with both buildings being connected via a road network and via shared utilities. The warehouse is to store the parts required for the construction of buses and trolley-buses in the neighbouring building.

“The history of Solaris comprises over 25 years of producing innovative and environmentally-friendly vehicles. Having produced over 20,000 buses, it has set the course for the industry across the entire continent. It is a fabulous feeling to become a part of this history while at the same time making our contribution, once again, to the green transport revolution in Europe,” says Marek Foryński, the BTS Managing Director at Panattoni.

Panattoni has fitted advanced smoke detection systems in both the office and the warehouse sections. In the multilevel storage area the company has built automated ventilation and smoke extraction systems with additional sprinklers. The lighting plan as well as the number and placement of the indoor hydrants match the layout of the shelving.

“The Bolechowo development is not just another example of how to effectively support a production plant but it also demonstrates Panattoni’s flexibility. Despite the conceptual changes made during its development, we have delivered a building in very good time and equipped it with a range of advanced technologies. Our abilities have allowed Solaris to expand in a place it already knows very well and from where it can reach out to the largest markets in Europe,” adds Michał Chodecki, the BTS Development Director at Panattoni.

Both the BTS building constructed by Panattoni and the pre-existing production plant are in a location around 8 km from the city limits of Poznań and just 20 km from its centre. Moreover, 25 km from the complex, the A2 motorway runs between Berlin, Łódź and Warsaw and the location is just 20 km from the S11 expressway, which will eventually connect Katowice in the south and Koszalin on the Baltic coast.

When developing the warehouse for Solaris, Panattoni strengthened the roof so that 572 solar cells could be mounted with a combined power output of 260.3 kWp. The panel layout matches the placement of the smoke extraction vents and the skylights. Furthermore on the site of the development, charging stations have been placed with a power output of 80 kWp. A photovoltaic system is also planned for the pick-up hall as well as for a new servicing building. Panattoni is also developing a concept for individually roofed parking spaces for which the shelters are to be equipped with solar cells. The development is to be certified under BREEAM.