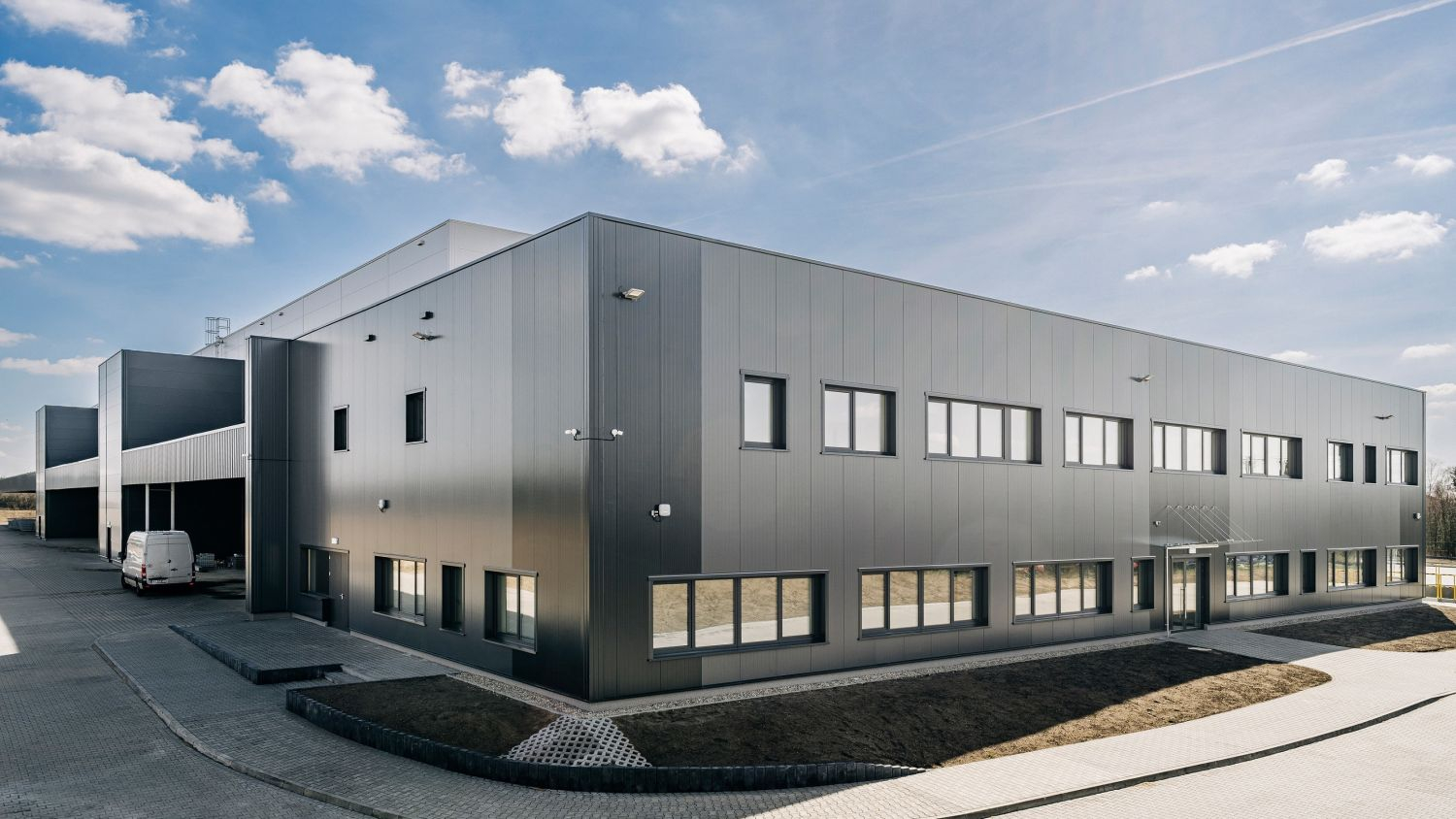 Panattoni has completed a BTS project for Solaris Bus & Coach in Bolechowo. The 10,000 sqm warehouse has been built next to the company’s existing factory and will play a key role in the parts and sub-assembly supply chain for the production of Solaris vehicles. The buildings have been connected with roads and utilities and Panattoni has additionally reinforced the roof to mount 260 kWp of solar cells.


Solaris is the leading European producer of city buses and specialises in vehicles with low or zero emissions. Its vehicles can be found in 32 countries and it continually invests in further development. The centre constructed by Panattoni in Bolechowo near Poznań has an area of 10,000 sqm. The building has been connected to the factory, which is 150m away, via roads and utilities. The centre is to be used to store parts for the production of vehicles in the neighbouring building and the development is to play a key role in the supply chain for the parts and sub-assemblies required in the production of buses and trolley-buses.

“The handover of the project in Bolechowo marks another successful development to support our client’s factory and it fits perfectly into their operations to be a real warehousing asset that meets the company’s increasing levels of production. We are pleased that our work with Solaris Bus & Coach has been so fruitful and despite the conceptual changes made during the development, we have succeeded in providing the building in very good time,” says Marek Foryński, the BTS Managing Director at Panattoni

“Panattoni’s experience in applying green solutions has been of additional benefit in this project, resulting in the negative impact of the development on the environment being limited. Solaris is continually adding ecological vehicles to its fleet and their work with us has also allowed for the green energy resources generated within the buildings to be greatly increased,” points out Michał Chodecki, the BTS Development Director at Panattoni.

In developing the warehouse centre for Solaris, Panattoni reinforced the roof to mount 572 solar panels with a combined generating capacity of 260,3 kWp, and the panel layout has been adjusted to account for the position of the vents and the skylights. Additionally, 80 kWp electric charging stations have been placed in the grounds of the centre. It is also planned to equip the acceptance hall with photovoltaics as well as a new servicing building. Panattoni is also developing a car park roofing concept with individual shelters equipped with solar panels.

Both the BTS centre prepared by Panattoni and the pre-existing factory are placed around 8 km from Poznań’s city limits. Moreover, the A2 motorway runs just 25 km from the building connecting the centre with cities such as Berlin, Łódź and Warsaw and hardly 20 km away, the S11 expressway will run joining with Katowice in the south and with Koszalin on the Baltic coast.