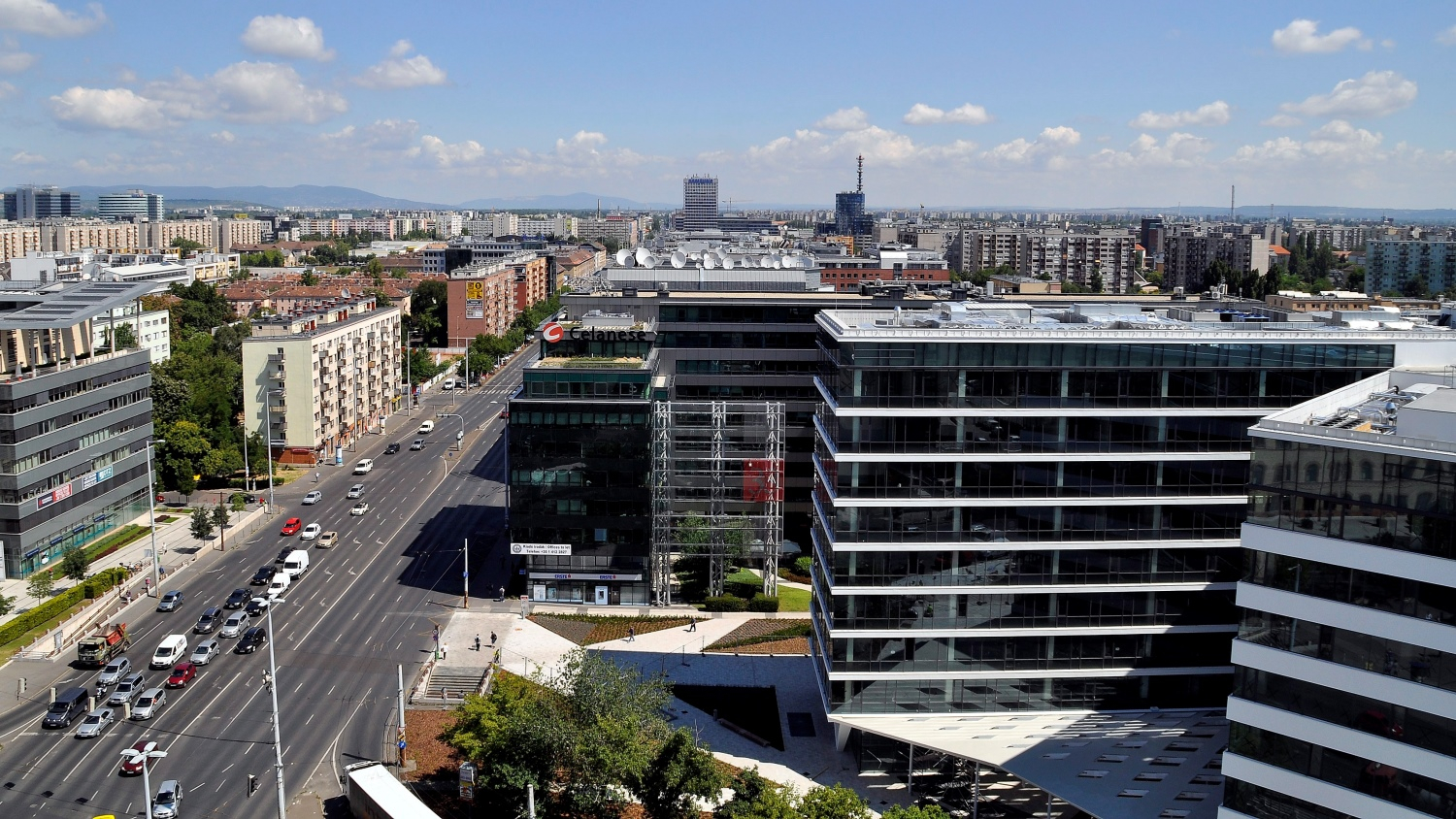 Budapest’s office vacancy rate has increased to 8.1% in Q3 2020, representing an increase of 2.2 pps year-on-year. 106 lease agreements were concluded during the quarter and the number of signed transactions dropped by 25% compared to the same quarter of 2019, according to BRF’s latest figures.


In the third quarter of 2020, 59,785 sqm of new office space was delivered to the Budapest office market in 4 schemes. Agora Hub (34,500 sqm) and Nordic Light Trio (13,285 sqm) were handed over in the Váci Corridor submarket. The refurbishment of Gizella Loft (8,500 sqm) in Non-Central Pest and Irányi Palace (3,500 sqm) in the CBD was also completed in the third quarter. An office building (2,360 sqm) purchased by an end-user was moved to the owner-occupied category. In addition, an office scheme in Central Buda (1,850 sqm) was deleted from the modern speculative stock and another in Central Pest (8,780 sqm) was temporarily moved to the pipeline schemes. 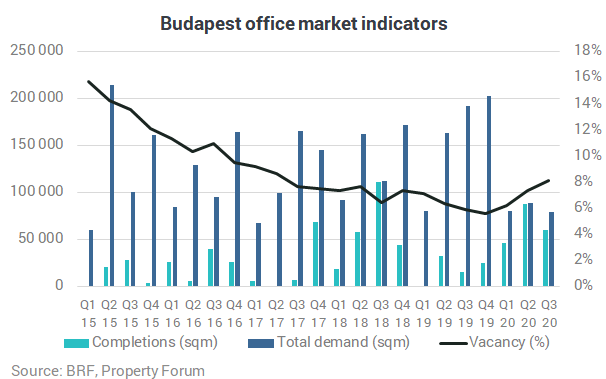 The office vacancy rate has increased to 8.1%, representing an increase of 0.8 pps quarter-on-quarter, and a growth of 2.2 pps year-on-year. The lowest vacancy rate of 3.5% was measured in the North Buda submarket whereas the Periphery still has the highest vacancy rate of 33.0%. The net absorption in the third quarter amounted to 6,480 sqm.

According to BRF, 106 lease agreements were concluded in the third quarter of 2020 and the number of signed transactions dropped by 25% compared to the same quarter of 2019. The average deal size amounted to 749 sqm. BRF registered 9 transactions concluded on more than 2,000 sqm office space split into 1 pre-lease, 4 expansions, 3 renewals, 1 new lease and one owner-occupation deals.

The largest transaction was a pre-lease agreement concluded for 14,140 sqm signed by Vodafone in Budapest One P2 in the South Buda submarket. The largest renewal was a nearly 4,800 sqm deal in NonCentral Pest, and the largest expansion was concluded in the Infopark B on 2,600 sqm of office space.

The Q3 2020 office market statistics further reflected the economic changes triggered by the COVID-19 pandemic. Demand lags the trend of previous years and the number of transactions showed a reduction.