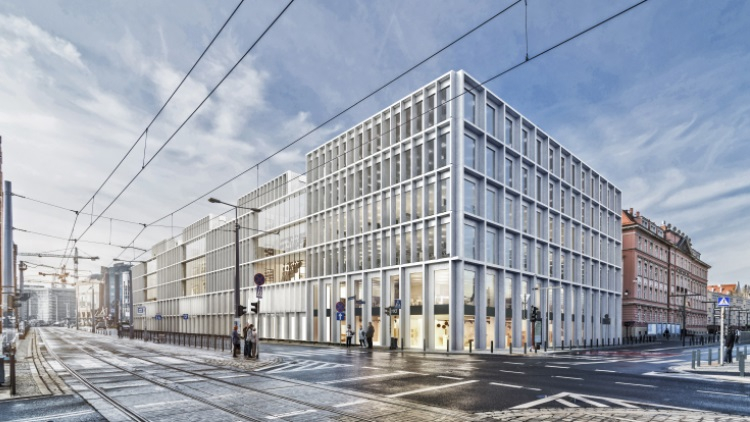 During Q3, the modern office space stock located outside of Warsaw grew by less than 20,000 sqm. Throughout this period, tenants have leased over 113,000 sqm of space, mainly through the signing of new contracts, or by contract renewals. Office employees have slowly been returning to the offices, tenants were waking-up to the new, hybrid reality and owners of office buildings and property managers began to deliberate more and more about rising utility costs. This is what the 3rd quarter snapshot mirrors in the regional office markets, as per the summary prepared by BNP Paribas Real Estate experts.


At the end of the September, the total stock of modern office space in the regions approached a level of six-million sqm, with the focus continuing to remain on: Kraków (27% of the total available space), Wrocław (21%) and the Tri-City (16%). From July to September, only four constructions joined the list of new office buildings - two in Katowice and one each in Łódź and Krakow - with a total additional area of 19,300 sqm. A revival in a new office real estate supply can be expected in the current quarter, as 280,000 sqm remains under construction, with delivery expected later on this year. Kraków and Katowice the capital of Lower Silesia, will benefit the most. Experts from BNP Paribas Real Estate point out that the office markets within the regions, are paying more attention to ESG (Environmental, Social, Governance) issues, witnessing not only environmental and ethical aspects, but also economic ones.

"Office buildings must be more climatically and socially responsible. Investors, developers, managers and tenants are increasingly appreciating ESG and taking into account environmental factors, social responsibility and that corporate governance is not just a flash in the pan or worse still greenwashing, but a new normality that is here to stay. It is influenced not only by new regulations, but also by a fundamental change in our approach toward the environment. Of course, we are only at the very beginning of a transformation phase, but we can readily see, that projects carrying the ESG stamp will have better recognized and thus will have a greater value", says Mikołaj Laskowski, Head of Office Agency, at BNP Paribas Real Estate

With a demand of almost 31,000 sqm, Kraków led the rental leadership score-board in Q3, Wrocław was placed 2nd with a result of 28,000 sqm, while offices in Gdańsk, Gdynia and Sopot, attracted tenants to the volume of 21,000 sqm, ranking them 3rd. In total, from July to the end of September, tenants signed contracts for over 113,000 sqm of space, while from the beginning of the year, this total amounted to over 379,000 sqm. By analysing the demand structure for Q3, it clearly indicates a significant command of new lease contracts, which accounted for as much as 66% of all transactions. 26% fell to renewals, while expansions accounted for only 8%. The most active sectors for leasing office space were IT and services (28%) and companies specializing in production (18%).

"Despite the renewed interest from tenants, especially when compared to 2020, we are still witnessing a great deal of caution when making decisions. This affects and will have a significant impact on the time delay required to conclude agreements for projects. Consequently, the IT sector, and modern business services, remain the most active in the search for offices, even in a situation where the current working model is hybrid, particularly because these two sectors have been ‘acquaintanced’ with a hybrid work approach for a long time before pandemics", comments Klaudia Okoń, Consultant at the Business Intelligence Hub & Consultancy department

The analysis prepared by the Business Intelligence and Consultancy HUB, shows that after three quarters, there was a total of 806,000 sqm of vacant space in the eight largest regional office markets. This translates into an average vacancy rate of 13.5%, up by just 0.1 p.p. vs Q2, and up by 1.6 p.p. in the same period a year ago. At the end of September, the greatest number of vacant office space was in Łódź, with the least being in Szczecin.

The third quarter proved to be stable with regards to rental rates, which did not differ from those recorded in Q1 and Q2. However, the report’s authors point out that the shift to a tenant's market and growing expectations in terms of incentives, are resulting in a direct reduction in effective rents.