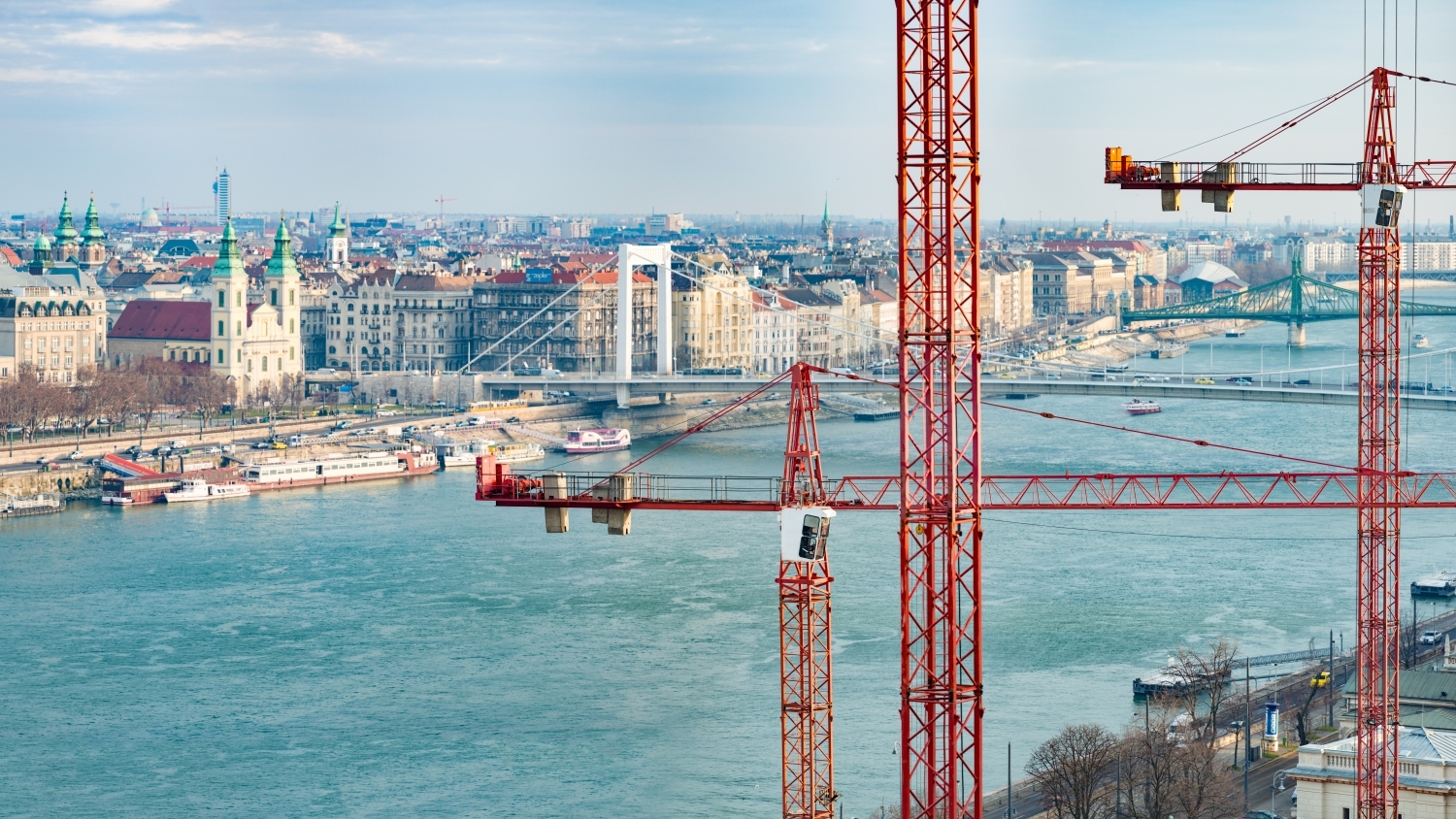 The office markets of Central European capitals are growing dynamically: the number of new leases is on the rise, vacancy rates have hit record lows in several cities and demand for large office space is also growing. In light of all this it is no surprise that development activity is also heating up on the most popular markets of the region. We asked three major office developers to tell us which city in the region offers the most attractive development opportunities, how tenants’ requirements are changing and what makes Central European capitals different.

The full version of this article will be published in the next issue of Portfolio Property Magazine, to be distributed at CEE Property Forum 2017 in Vienna on 19 September.
Balázs Biacs, Head of Acquisitions, TriGranit
New office developments can be profitable in any Central European city, where there is stable or steadily growing demand for new office space, where investors are interested in new projects and there is no significant risk of oversupply on the market. A qualified and educated labour force with good language skills is the main premise for strong demand from tenants, but the presence of quality higher education and international airports are also important aspects. Cities like Krakow, Katowice, and of course Bratislava and Budapest, are attractive to well-qualified workers as they are among the most important educations centres of the region. The positive investment sentiment that characterises the region currently can be felt in every country in CEE. Significant transactions have been closed in the office segment in Romania, Hungary and Slovakia. In Poland, secondary cities have also appeared on the map of international institutional investors; cities such as Tricity, Krakow and Katowice have stable investment markets and they offer outstanding growth potential to investors. Even though Romania is perceived as a more challenging market and financing conditions are different than in the rest of CEE, our expectations are positive for the country. The Romanian office investment market is increasingly institutional but it is yet to see the depth of investors that are present in other CEE countries. Unlike in other CEE countries, there are no secondary office locations on the rise in Hungary and Slovakia, the capitals continue to act as the centre of the labour market.

Central European markets are now playing an ever increasing role and had the best-performing markets in Europe. Last year overall transaction volumes amounted to €10.7 billion, an exceptional increase of 35%, whereas Hungarian and Slovak markets grew even by 115% and 135%, respectively. In Poland, leases sustainable in the long term remain the key drivers. Transaction volumes in the Czech Republic have already reached their highest level ever. The Czech investment market benefited from investors seeking diversification from Poland. Record investment volumes were booked in the Slovak real estate market. Its strong performance is attributed to improving liquidity and attractive opportunities compared to other CEE markets. Investor momentum and the appetite for high-yielding products lead to something of a revival in the Hungarian real estate market. One of the major trends here is the increasing interest in the work-life balance of our developments’ end-users. Historic wage competitiveness remains an additional factor contributing to attractive rent levels for BPO/SSC operators in major CEE capitals. Currently competing, Warsaw and Budapest are trying to attract financial service sector activity from post-Brexit London. Supply still appears robust, so we foresee rising vacancy rates in Warsaw and Bratislava, which will very much remain tenants’ markets. However, lower vacancy rates are predicted in Budapest. The very low new supply in Prague pushes vacancy down.

Noah Steinberg will chair our senior CEE investor, developer and banker roundtable at CEE Property Forum 2017 in Vienna on 19 September.

Wing’s primary focus is on Budapest. The current property market fundamentals, including vacancy rates and demand in the near future support a healthy level of development. The Hungarian economy is growing, and Budapest is both the hub for the national economy as well as an increasingly important regional centre. Several years of reduced activity compared to other Central European capitals allow for ongoing sustainable levels of development. Budapest currently enjoys a comparative advantage as an investment destination further augmenting the attractiveness of development activity. Tenants in the region remain focused on both the efficiency and the attractiveness of their workspaces for their current and potential employees. This is particularly true in a strong employment environment where they are competing for the best talent, and „soft” elements are used as an additional incentive. Location remains key, both regarding public transport access and availability of services in the immediate vicinity. Finally, tenants are increasingly environmentally aware in all areas of their activities, and look for this to be reflected in both the buildings themselves as well as in the operation of these buildings. Until 2008 the CEE region (or at least the V4) countries were viewed as a homogeneous block. Today it is understood that they share certain key attributes and challenges, but it is also clear that their markets are strongly differentiated. The relative lack of activity in the Hungarian market compared to its neighbours several years ago represents an advantage today, as demand is strong and domestic and international investors are eager for opportunities.