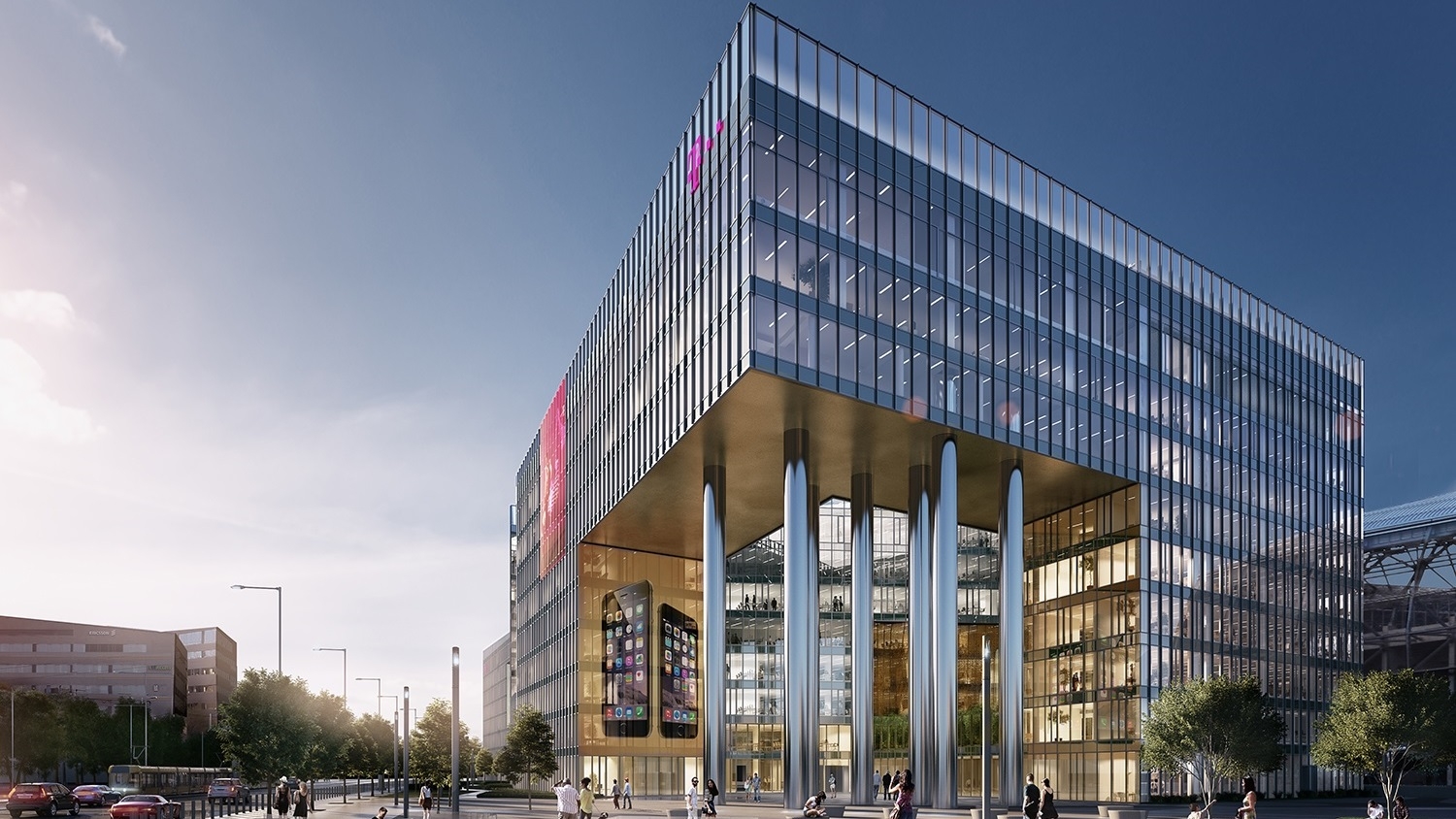 Despite over 110,000 sqm of new supply coming to the market in Q3 2018, the office vacancy rate decreased to 6.4%, the lowest rate ever recorded in. The Budapest Research Forum published its latest figures.

Four new office buildings were delivered to the Budapest office market in the third quarter of 2018, totalling 110,970 sqm. The largest of the completions took place in the Non-central Pest subregion; Magyar Telekom’s HQ comprises 58,800 sqm. Further handovers included the 36,000 sqm Mill Park, the 11,340 sqm Advance Tower I. and the 4,830 sqm EcoDome.
The total modern office stock currently adds up to 3,587,290 sqm, consisting of 2,943,580 sqm Class A and B speculative office space as well as 643,710 sqm owner-occupied space. 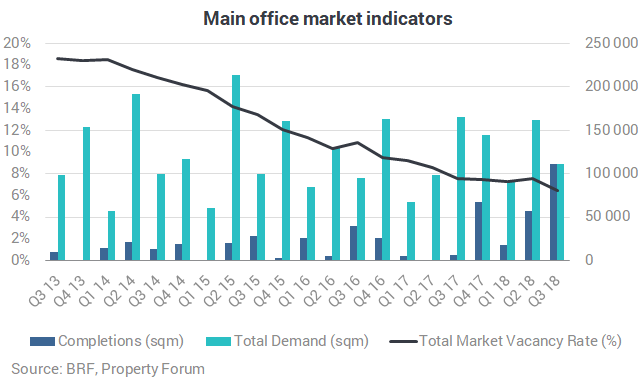 The stock of owner-occupied buildings was reduced by three buildings, 26,850 sqm altogether, while two properties were added to it, totalling 6,110 sqm, in accordance with the change in their character of utilization.
The office vacancy rate decreased to 6.4%, representing a 1.2 pps reduction quarter-on-quarter - the lowest rate ever recorded on the Budapest office market. Similarly to the previous quarter, the lowest vacancy rate was measured in the Non-central Pest (3.9%) submarket whereas the Periphery still suffers from an overwhelming 30.4% vacancy rate.
Total demand in the third quarter of 2018 reached 111,430 sqm, representing a 32% decrease year-on-year. New leases accounted for 48.6% of the total leasing activity, while renewals were represented a 20% share. Pre-leases accounted for 16.3%, expansions made up 10.4% and the remaining 4.7% were registered as owner-occupier agreement. 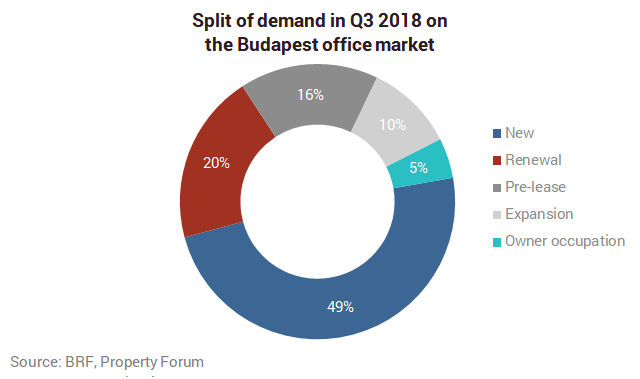 Similarly to the previous quarter, the strongest occupational activity was recorded in the Váci Corridor submarket, attracting almost 33% of the total demand. The Váci Corridor was followed by the CBD and South Buda submarkets with 17% and 16% share in the total demand, respectively.
According to the BRF, 145 lease agreements were signed in Q3 2018, with an average deal size of 768 sqm. BRF registered 24 transactions occupying more than 1,000 sqm office area split into 13 new transactions, 4 renewals, 4 pre-leases 1 expansion and 2 owner-occupier agreements.
The quarter’s largest transaction was a 14,890 sqm new contract in the CBD, followed by a 10,600 sqm deal in the Váci corridor. The largest renewal, 6,000 sqm, was signed in the Maros BC office building. The largest expansion of the quarter was almost the same size as a tenant secured 5,870 sqm in the White House building.
The net absorption, corrected with the changes in owner-occupied stock, in this quarter amounted to 142,210 sqm which is the highest figure recorded this year so far.
The Budapest Research Forum (BRF) comprises CBRE, Colliers International, Cushman & Wakefield, Eston International, JLL and Robertson Hungary.