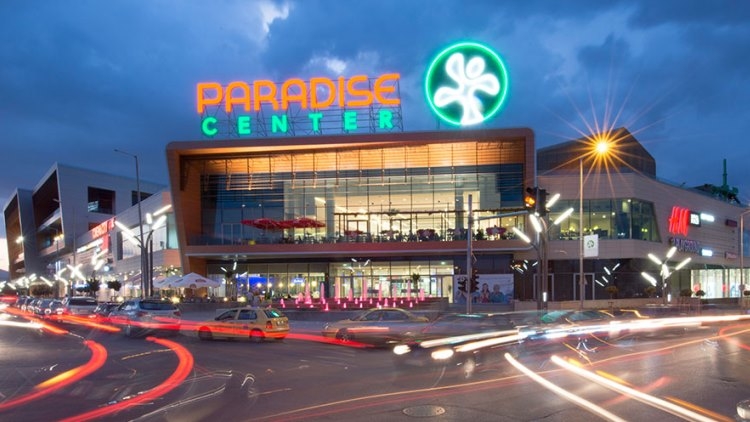 Through its subsidiary NEPI Rockcastle has acquired Paradise Center in Sofia, Bulgaria from BULFELD EOOD for €252.9 million, resulting in an acquisition yield of approximately 7%. The transaction will be effective upon obtaining approval of the Bulgarian Competition Authority.

With a gross lettable area of 82,000 sqm, Paradise Center is the largest retail centre in Sofia, the capital city of Bulgaria. The centre is located in the wealthy southern part of the city, which is undergoing strong development. Opened in 2013 and benefitting from a corner location at the intersection between two main traffic arteries and direct access to the newly built M2 metro line, Paradise Center has an annual footfall in excess of 10 million visitors.
The mall is let to major national and international tenants such as Bershka, Cinema City, Forever 21, H&M, LC Waikiki, Massimo Dutti, New Yorker, Pull & Bear, Reserved, Sephora, Sport Vision, Sofia Event Center (a conference facility), Stradivarius, Technopolis and Zara. The centre has a strong food and entertainment area, which includes both a complete fast and slow food line up, a fitness facility with a 25m swimming pool, as well as a playground.
Several asset management initiatives, including major improvements to the basement and the terrace level together with enhancements to the tenant mix, will further strengthen its dominant market position.
The acquisition has initially been funded by a combination of the company’s existing cash resources and debt facilities, combined with sale of listed securities held, in line with management’s strategy of decreasing this exposure.
Together with the acquisition of Serdika Center earlier this year, this purchase strengthens NEPI Rockcastle’s presence in the Bulgarian market.