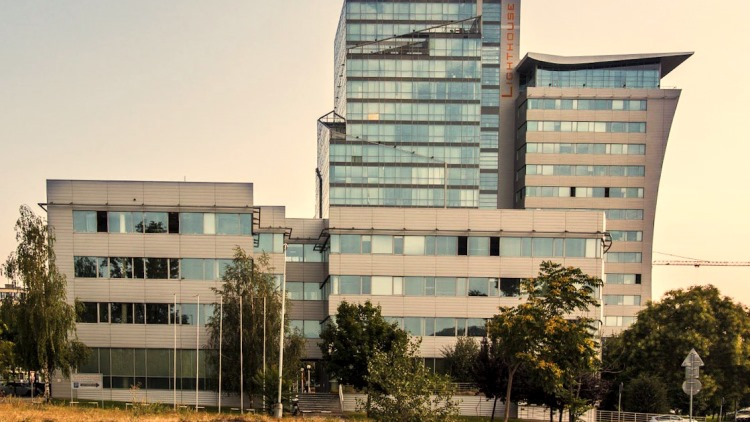 Despite the higher volume, there was actually a very similar number of deals in 2019, with a total of 85, in comparison to the previous year with 79.

Looking forward to 2020, we do expect to see similar levels of activity from investors and hopefully see a pick-up in transactions from the retail and industrial sectors. There are already a number of deals that are in closing stages for Q1. The largest is expected to be the sale of the ca. 45,000 unit residential portfolio by Residomo in the Moravia-Silesia region, to Swedish investors Heimstaden, for a reported ca.€1.3 billion. The strength of Czech capital combined with a diverse pool of international capital is positive for the year ahead.

“The investment market in Czech republic still shows high activity even though the lack of quality product limits its full potential. Yields are in their long term low and still under pressure by high demand from both domestic and foreign investors,” says Tomas Szilagyi, Senior Investment Analyst, Colliers International Czech Republic.

“Within 2019 the net absorption of office space was 180,700 sqm which is very similar to 2018 so we do not see a slowdown in this important figure. Another positive signal is the growing supply with 90,000 sqm delivered only within Q4 2019 and 214,000 sqm within the whole of 2019. For 2020 we expect another 174,000 sqm of newly build office premises to be delivered to the market which, together with currently vacant 201,000 sqm, makes approx. 290,000 sqm available for new occupation within 2020. Half of the space which is to be delivered within 2020 is already leased. Despite the above mentioned we still witness lack of larger (above 1,000 sqm) office space in popular areas like Prague 1 and Prague 8. For example, in Prague 8 there should be 37,700 sqm delivered within 2020 and out of that only 3,200 sqm are available. Taking into account the information we strongly advise larger tenants to start their negotiation process at least 2 years in advance to improve their negotiation position,” says Petr Zalsky, Partner, Head of Office Agency, Colliers International Czech Republic.

With 158,500 sqm of newly completed warehouse space in Q4 2019, the total stock in the Czech Republic currently stands at 8.36 million sqm. The newly completed space comprises 15 new buildings across the country, with 36 % of the space being delivered to the Greater Prague region. The Central Bohemian and Pilsen regions both received 15 %. South Moravia and Ústí nad Labem region both saw the completion of 10 % of the new space.

Gross take-up in Q4 reached 274,000 sqm, registering a 22 % decrease on the previous quarter, and a 12 % decrease y-o-y. Cumulative take-up for 2019, reached 1.368 million sqm, a 10,700 sqm increase over 2018, confirming a robust and growing Industrial market. Net take-up reached 236,800 sqm, 8 % up q-o-q and 34 % up y-o-y. The share of renegotiations on total gross take-up for 2019 is at 32 % and we do not foresee any significant changes. That is due to both the relatively low vacancy and also the situation in the labour market, where companies prefer to stay in established locations rather than facing the issues of hiring new staff when the countrywide unemployment rate remains at around 2.8 %.

Prime industrial rents in Prague and Brno stand in the range of €4.50 - €4.85 / sqm / month. Other sought-after regions such as Ostrava, Plzeň and Ústí nad Labem have rents in the range €4.00 - €4.35 / sqm / month. The previously common incentive of one month rent-free per year of lease is no longer the standard and developers now provide incentives based on location, lease size and length and also on the tenant profile.

„Within 2019 the total stock of Czech industrial reached nearly 8.4 million sqm with 1.4 million gross take up and 236,000 sqm net take-up in Q4, which was a quarterly increase of 8 % and a yearly increase of 34 %. With above-average completion of 650,000 sqm brought to the market, 58 % of this was already pre-leased. Headline rents will remain stable with some net effective rates rising within sought after locations. One major consideration that has to be taken into account is the very low unemployment rate of 2.8 %, which is also being seen within all CEE countries. All in all, moving into 2020 we are still seeing high demand for new industrial space and also many tenants focusing on renegotiation enabling them to hold on to their current workforce. Q1 is seeing a record amount of new completions with ca. 250,000 sqm being completed. The Czech Industrial market is firmly in a good healthy condition and its unrivalled central location in Europe makes it still one of the most positive countries for tenants, developers and investment moving forward,” says Harry Bannatyne, Head of Industrial at Colliers International Czech Republic.