Kraków and Wrocław take the lead in Poland 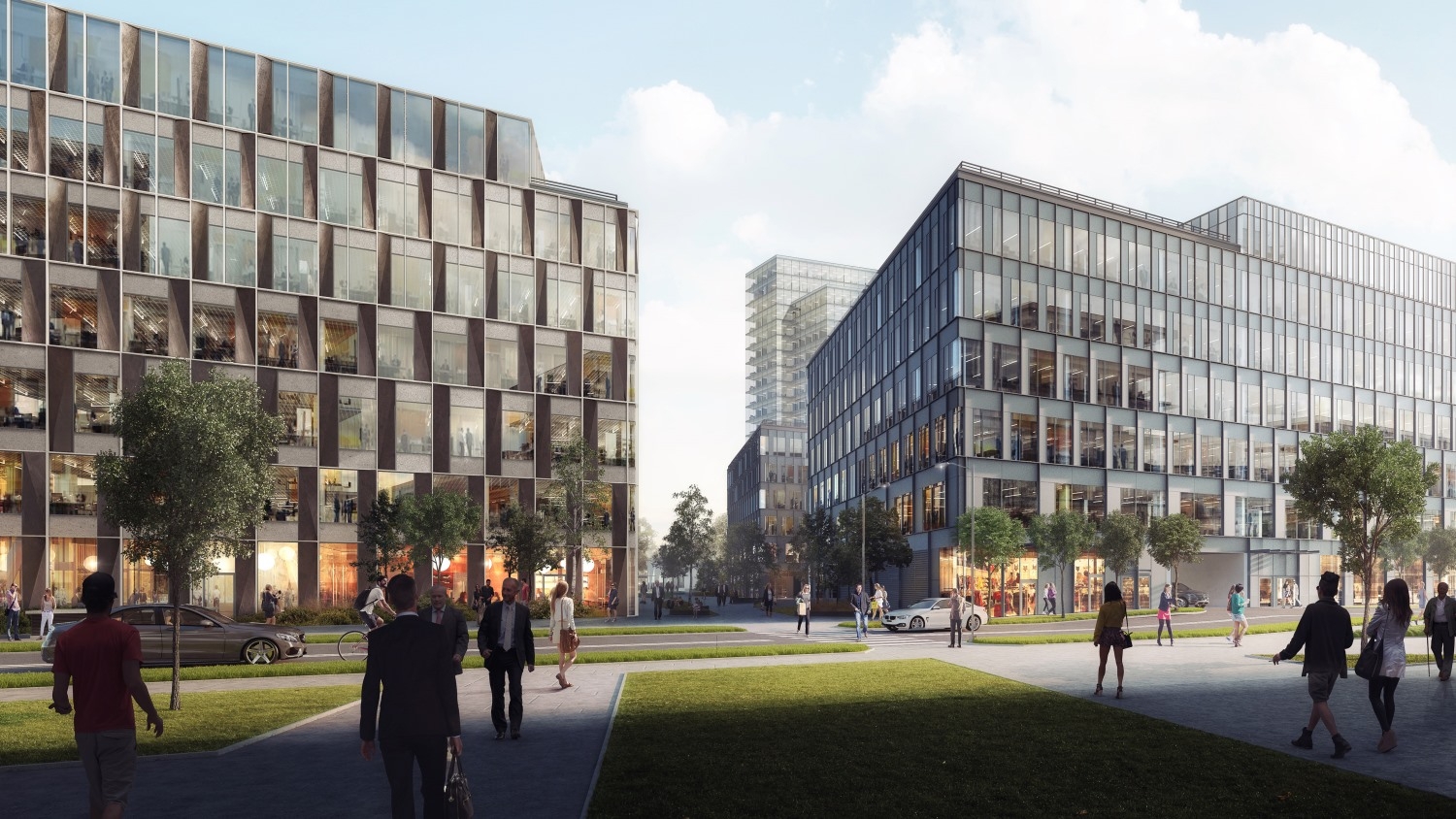 Office take-up in 2017 hit a record high of 674,800 sqm in Poland’s regional office markets, up by more than 16% on 2016’s level. The strongest leasing activity was recorded in Kraków, Wrocław and Tricity. Cushman & Wakefield has published its MarketBeat report.

Kraków was a clear leader in terms of demand for office space with more than 200,000 sqm of office space transacted (+7% y-o-y), followed by Wrocław, where 170,000 sqm was leased, which represented a 36% y-o-y increase, the highest of all the regional cities. Tricity came third with office take-up at 113,000 sqm (+21% y-o-y), ahead of Poznań, where the leasing volume totalled 78,000 sqm (+27%). Poznań also recorded the largest lease transaction of all regional deals: a built-to-own 25,500 sqm pre-let in two buildings of the Nowy Rynek complex. Other regional markets however underperformed. Katowice experienced a short-term slowdown with office take-up down by 23% y-o-y in 2017. The key barrier to further growth of the Katowice office market is the relatively small number of service centres underpinning the expansion of other regional office markets. Healthy demand for office space in regional cities is largely driven by strong macroeconomic fundamentals and the rapid growth of the BPO/SSC sector, which accounted for 28% of total office take-up in Q4 2017.
Krzysztof Misiak, Partner, Head of Regional Cities, Office Agency at Cushman & Wakefield, said: “The Polish office market is seeing sustainable growth. The trend of office demand and supply decentralization has become very pronounced in recent years and the gap between the largest cities and Warsaw has clearly narrowed. BSS investors and developers now have a wide choice of cities, a unique phenomenon not only in Central and Eastern Europe but across the continent.”
Office take-up soared amid rising supply levels. At year-end 2017, total office stock in Poland’s regional cities (Kraków, Wrocław, Tricity, Katowice, Poznań, Łódź, Szczecin and Lublin) stood at 4.4 million sqm (+12% y-o-y). As in the case of demand, last year’s office supply was the highest in Kraków, where 190,400 sqm of office space was delivered to the market, representing a 27% y-o-y increase. In 2017, Kraków was also the first Polish regional city with office stock surpassing the one million sqm mark. Office stock in Wrocław, the second largest regional market, stood at 905,000 sqm at year-end 2017 following the delivery of 51,000 sqm of new office space (-66% y-o-y). Continuously strong demand and relatively low supply are expected to result in a record-high volume of new space scheduled for delivery in Wrocław in 2018-2019. Tricity’s total office stock stood at nearly 700,000 sqm, of which new supply amounted to 66,000 sqm (+13% y-o-y). In Poznań, 26,000 sqm of new office space was added to the market (-33% y-o-y), bringing the city’s total stock to more than 450,000 sqm. In 2017, Łódź saw a record 74,000 sqm of office space delivered, which represented an increase of more than 200% over the five-year average. This was largely due to the robust activity of international developers who recognized the city’s potential several years ago and launched large-scale projects such as Nowa Fabryczna and Przystanek mBank.
Development activity continues unabated. 2017 saw 40 office projects break ground in Poland’s eight largest regional cities, including twelve in Kraków and nine in Wrocław and Tricity each. More than half of the new schemes will be sized over 10,000 sqm.
Marcin Siewierski, Office Agency, Cushman & Wakefield, said: “Wrocław’s total office stock is likely to top one million sqm in 2018. Healthy occupier demand and the strong interest of investment funds in the Wrocław market are leading developers to commence construction of projects without securing pre-lets.”
Changing patterns of vacancy volumes are a function of office demand and supply. In 2017, Kraków’s vacancy rate stood at 9.8% (+2.5 p.p.), equating to more than 107,000 sqm of vacant office space. Unoccupied space in Wrocław and Tricity amounted to 85,000 sqm (9.8%, down by 3 p.p. y-o-y) and 57,000 sqm (8.2%, down by 2.9 p.p. y-o-y), respectively. In Poznań, vacant space decreased to 39,000 sqm (8.6%, down by 4.9 p.p. y-o-y), while in Katowice there was 52,000 sqm available for lease at year-end 2017 (11.3%, down by 2.8 p.p. y-o-y).
Rents remained largely unchanged across regional office markets in 2017, except for Tricity (up by €0.5 y-o-y to €14.5/sqm) and Łódź (up by €0.5 y-o-y to €13.5/sqm). As for other cities, rents stood at €14.5/sqm in Kraków, €14/sqm in Wrocław, €14/sqm in Poznań, €13.5/sqm in Katowice and €12/sqm in Lublin.
Given the 2017 data, the largest regional cities such as Kraków, Wrocław and Tricity are expected to continue to attract strong occupier interest, benefiting from their established market position as top BSS destinations in Europe. Availability of labour will have the greatest impact on the growth of regional office markets. Due to Poland’s relatively low unemployment and rising wages, businesses are taking a wider look at individual cities’ strategies for labour training. With approximately 500,000 sqm of new office space expected to come on stream in 2018, the total office stock of regional cities will rise to nearly 5 million sqm and probably surpass that level in early 2019. Relatively small office markets such as Szczecin, Lublin, Opole, Rzeszów and Bydgoszcz will see growing occupier interest due to rising saturation levels recorded in the largest regional cities. These locations benefit from strong tertiary education institutions providing a relatively large pool of skilled labour, but their key drawbacks include limited modern office stock and international transport infrastructure.
“Market growth dynamics are changing fast. Most regional cities are expected to see an increase in demand and falling vacancy rates in 2018. By contrast, Kraków’s average vacancy rates will definitely rise in the next 18 months due to the record-breaking development pipeline in the city despite boosting demand for office space. Smaller regional cities which are becoming increasingly important BSS destinations will feature strongly in further growth of the Polish office market. The only barrier to further expansion of larger markets is, by and large, limited labour availability. That’s why it is so important to support dialogue between high schools and the labour market to encourage young people to develop sought-after skills. A major task that both businesses and governmental institutions have to face is to open the country to an influx of employees from other countries, not only the neighbouring states,” Krzysztof Misiak said.