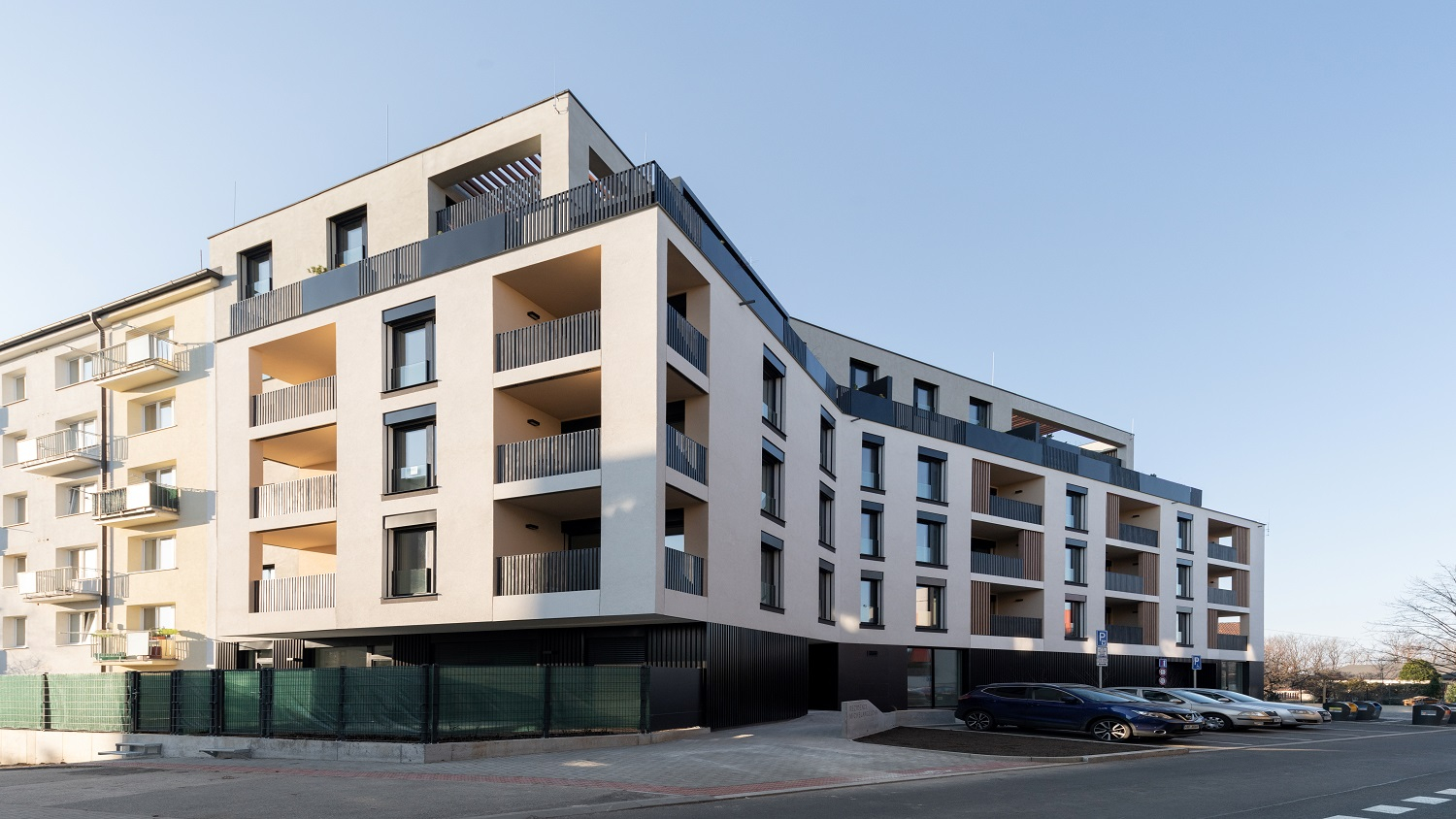 JRD Development, a member of the JRD Group, has completed the construction of the energy-efficient Rezidence Michelangelova project in Prague 10. The architecturally distinctive building with 29 apartments is complemented by two commercial spaces and a small park with a playground and gazebo. The project, in which the developer tested a new type of air duct to increase acoustic comfort, is completely sold out, JRD Development announced.


The Michelangelo Residence comprises 29 energy-passive apartments with a healthy indoor environment, complemented by a loggia or terrace and a parking space in preparation for the installation of an electric car charging station. The project also includes two non-residential spaces for commercial use and a small park with greenery, watered by a 19 m3 rainwater tank, a playground and a gazebo.

The design of the gazebo, which impresses with its attractive artistic design, attention to detail and interconnectedness with the surroundings, comes from the winner of the student architectural competition of the Department of Architecture of the Czech Technical University in Prague. The new apartment building is inspired by the work of the important Renaissance personality Michelangelo Buonarroti: the entrance is decorated with a large glass surface with detail of part of the fresco of the Creation of Adam from the ceiling of the Sistine Chapel, and the markings of the individual floors refer to the artist's paintings, sculptures or architectural works. There are also plans to install a sculpture based on the Creation of Adam fresco by sculptor Jakub Flejšar, which will be placed in the public space in front of the building.

The developer has placed a strong emphasis on a healthy indoor environment in the Michelangelo Residence project. "In cooperation with UCEEB ČVUT in Prague and the Isover division of Saint-Gobain Construction Products CZ, we have also - as one of the first residential developers - tested a new type of Climaver® air duct made of fully recyclable material. We compared it to conventional sheet metal ducting with a silencer. By measuring the sound pressure levels at the noise source (i.e. at the outlet) in the living rooms, we found that the benefit of the new type of duct was 10 dB. Compared to the standard 30 dB, we have reached a superior level of 20 dB. Thanks to the wider use of this innovation also in other JRD projects, we can guarantee an even quieter environment for apartment owners, which will be appreciated even by very sensitive individuals," adds Petr Valeš, product manager at JRD Development.

JRD Development, a member of the JRD Group, was established in 2003. Soon after its establishment, it started building larger low-energy and passive projects, which no one had been involved in until then and focused on sustainable development and healthy housing. JRD Development has already completed 27 development projects. It currently has 5 residential projects and the Viadukt Anděl office building in its sales portfolio, with some other projects in the pipeline.