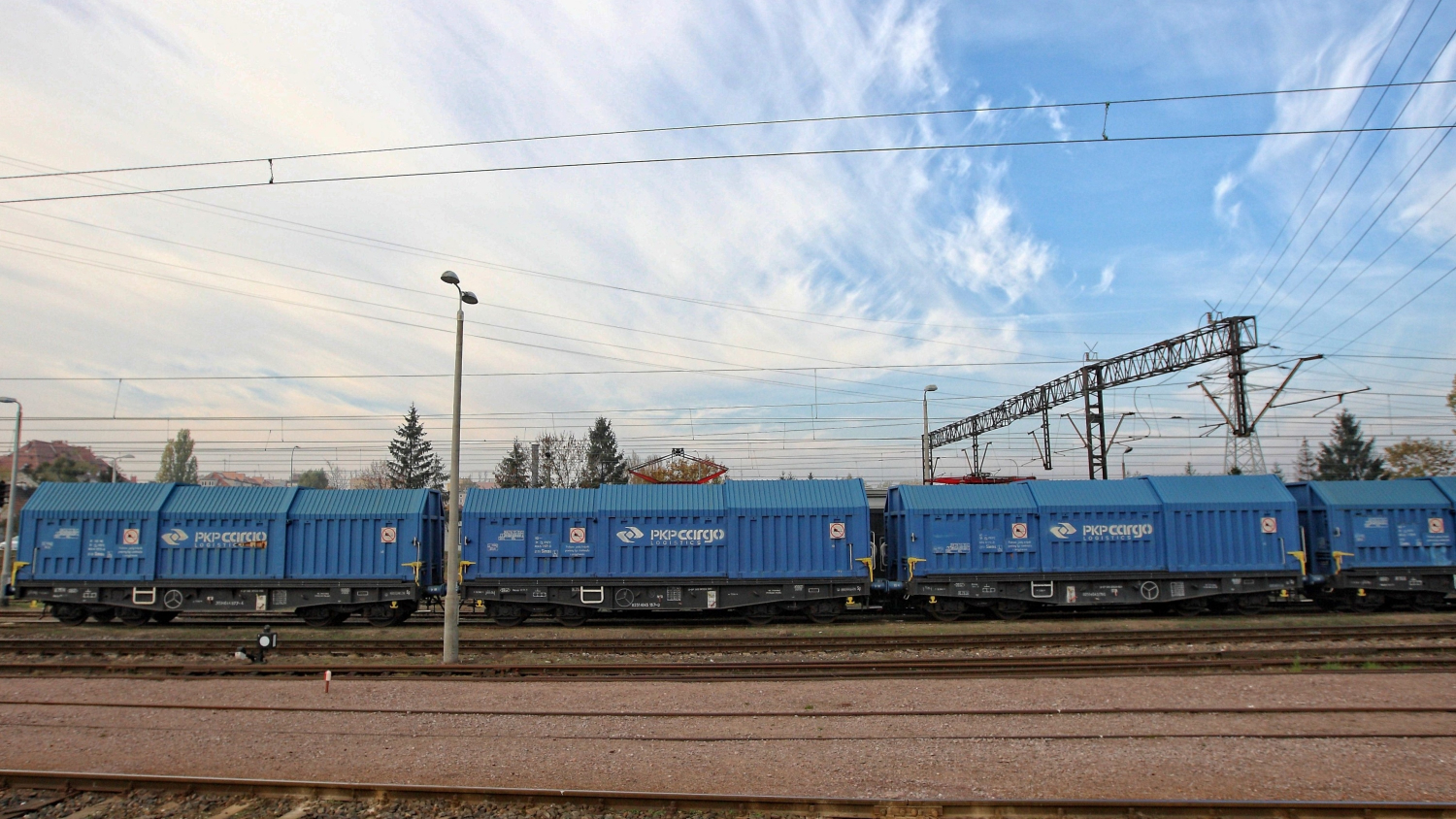 The growth of intermodal connections along the New Silk Road and the Baltic-Adriatic Corridor is creating many new opportunities for warehouse developers in Poland. Upgrade works are continuing apace on the railway lines in Małaszewicze, Bydgoszcz and Pomerania, according to Cresa Poland.


“Looking ahead, intermodal transport is likely to become a leading mode of freight movement in Poland in the coming years. This will be driven, among other things, by the growth in seaport freight traffic and the extension of seaport infrastructure. The number of sea and inland intermodal terminals across Poland increased by 70% over the last 10 years to 38 in early 2020. Terminals are being built not only by state-owned companies but also by private entrepreneurs, albeit on a considerably smaller scale,” says Michał Rafałowicz, Head for the Pomeranian Region, Cresa Poland. Intermodal transport involves the movement of goods in the same container, or swap body, using two or more modes of transportation along the entire route. The whole process is also covered under a single agreement with a carrier.

Małaszewicze – the train speed is key

Among the largest dry ports in Poland or inland intermodal terminals connected to seaports for the loading and distribution of goods, is the Małaszewicze terminal in Terespol, through which runs one of the shortest rail routes connecting Western Europe and Asia. The extension of this international intermodal terminal began last summer and is scheduled for completion in 2021. It will include an extension of its rails and reloading platform, making it possible for unloading an entire trainload without having to move the train. Małaszewicze is expected to become a key location along the New Silk Road. It already accounts for around 90% of the total traffic of goods imported by rail from China.

“One of the biggest challenges will be to ensure infrastructure that enables freight trains to travel at the speed achieved on the railway lines of the TEN-T network in the European Union – the operational speed is assumed to be 40 km/h. Despite investments in railway improvements in recent years, the average speed for intermodal transportation in Poland is approximately 32 km/h, which is quite low compared to other EU member states (among other things, due to limited traffic capacity on short sections, particularly near border crossings). For example, it’s 64 km/h in the Netherlands and 53 km/h in Spain. However, if continuity of financing and upgrade works are maintained in Poland, its railway infrastructure should enable freight trains to run at 45 km/h in 2023 and meet the standards of the TEN-T network. Poland must ensure a substantial spend on rail to offer similar speeds. We know that Polish rail infrastructure enables trains to run on some sections at a speed comparable to the maximum speed of trucks or even higher,” says Jakub Dudkiewicz, Senior Advisor, Industrial and Warehouse Department, Cresa Poland.

All tracks lead to Tricity

One of the objectives behind the development of intermodal connections and investments in seaports is also to attract logistics companies from southern Europe to Poland and to extend the Baltic-Adriatic Corridor. “With projects underway and dry ports, the Tricity will have a chance to compete with German or Dutch seaports in the future. Polish seaports are easily accessible and offer far lower service costs in comparison with those in Western Europe. That’s why every year sees new companies choosing Pomerania for their logistical operations,” says Michał Rafałowicz. One of the key projects in the region is the upgrade of the TEN-T railway lines running to the seaports in Gdansk and Gdynia of the Baltic-Adriatic Corridor. It will cost about 2.5 billion zlotys, close to 40% of which will come from the EU’s CEF programme (Connecting Europe Facility), and is expected to be completed this year.

Investments in seaports and improving intermodal connections with the Pomeranian region have impacted its modern logistics and warehouse space market. Pomerania has seen high levels of interest from both warehouse tenants and developers for quite some time, say Cresa analysts. The Tricity market contains 952,600 sqm of modern warehouse space, while another 166,700 sqm is currently under construction, which, when completed, will soon push the region’s total stock above the one million sqm mark.

Leading developers in the vicinity of the Gdansk seaport include GLP, Panattoni and 7R. One of the largest projects underway is GLP’s Pomeranian Logistics Centre located in the immediate neighbourhood of the Deepwater Container Terminal. At full build-out, it will provide 505,000 sqm of leasable space. Another project under construction near the seaport is 7R Park Gdansk Port, which is scheduled for delivery in the second quarter of 2022 and expected to provide a total of about 119,000 sqm in two buildings. Additionally, Panattoni is developing industrial parks on Elbląska Street, close to Lotos’ refinery. With access to Tricity’s southern ring road, they are a good alternative for companies that rely on the seaport but do not need to have a warehouse right by the seaport terminal.

Bydgoszcz as a base for Pomerania

An intermodal terminal Bydgoszcz Emilianowo is expected to grow into a major inland base for Polish seaports in the near future. It is one of the most important projects in the country along the new logistics corridor connecting the Baltic and the Adriatic. “A special purpose vehicle was set up last July as part of the project’s first stage. The Intermodal Terminal Bydgoszcz Emilianowo will be a dry port, a logistical rail and road hub, and an inland base for Pomerania’s grain ports,” comments Jakub Dudkiewicz. It will be built around a rail and road platform near a junction of the 201 railway line, the S10 expressway, Bydgoszcz Airport and an inland port on the Vistula River.

The Bydgoszcz city council has requested the European Commission to recognize the city as a core road and rail node of the TEN-T network, claiming that Bydgoszcz, one of Poland’s larger cities, is located on railway line 131, part of the TEN-T core network. Additionally, 131 connects to the 201 railway line, which is being upgraded for freight trains running at over 100 km/h.

Bydgoszcz on the warehouse market

The terminal in Bydgoszcz Emilianowo is also likely to operate as a logistics centre, as this location has been recently targeted by Poland’s largest warehouse developers. According to real estate advisory firm Cresa Poland, at the end of the first quarter of 2021 the total warehouse stock of the Bydgoszcz and Toruń region amounted to over 413,000 sqm, while another 11,800 sqm was under construction. “The most active developer in the region is Panattoni, which has successfully delivered more than 180,000 sqm of modern warehouse space in the Bydgoszcz area in recent years across both multitenant and BTS projects. With 95,000 sqm in the pipeline, Panattoni leads the way in terms of warehouse space both delivered and underway. Hillwood, one of the leading developers in Poland, has secured development sites for more than 100,000 sqm of warehouse space to be built in the vicinity of the planned intermodal terminal,” says Jakub Dudkiewicz. “Bydgoszcz also has a large park providing extension options which are in the hands of Fortress REIT (formerly Waimea Logistic Park Bydgoszcz), a new player on the Polish commercial real estate market. 7R and P3 also own development lands in the city; the former has just commenced the construction of its first logistics centre there,” adds Jakub Dudkiewicz.

There is more to rail upgrades than just a greater speed and being able to compete in the competitive European market. Rail transport is also considered to be the most environmentally-friendly option. It is estimated that overall transport accounts for about 25% of global greenhouse gas emissions. It is also clear that trains produce around three times less emissions than road transport and eight times less than aircraft. “That’s why the European Union, which champions environmentally-friendly projects, has decided to support railway investments. Construction and upgrade works will be financed from various EU funds, not only from the EU’s main budget. Rail is likely to become one of the key beneficiaries of the European Green Deal,” concludes Michał Rafałowicz.