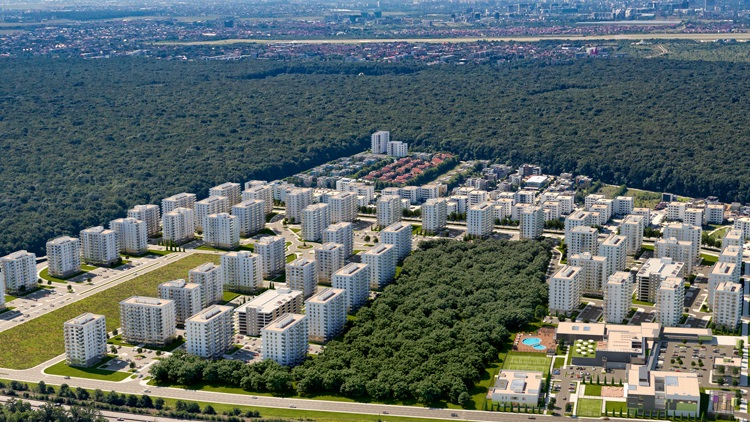 
€5,92 million funds will be used to build blocks Z1, Z2, and D6 located in Greenfield Băneasa District, by successive withdrawals depending on the evolution of the constructions and the date of the final maturity being 30 months from the execution date of this credit agreement.

Another credit of almost €1 million will be used for financing the VAT of the hard and soft costs related to constructing the already mentioned block. The facility is granted for a period of 24 months starting with the execution date of this credit agreement.

At the end of last year, the developer announced the signing of two enterprise contracts worth €18.4 million euros for the construction of five new blocks in the project.

The investment for the five blocks with over 400 apartments is €26 million.

The company wants to build the next phase of the Greenfield, which will have at completion 14 blocks and 1.167 apartments.