How has the war damaged Ukraine’s retail industry? 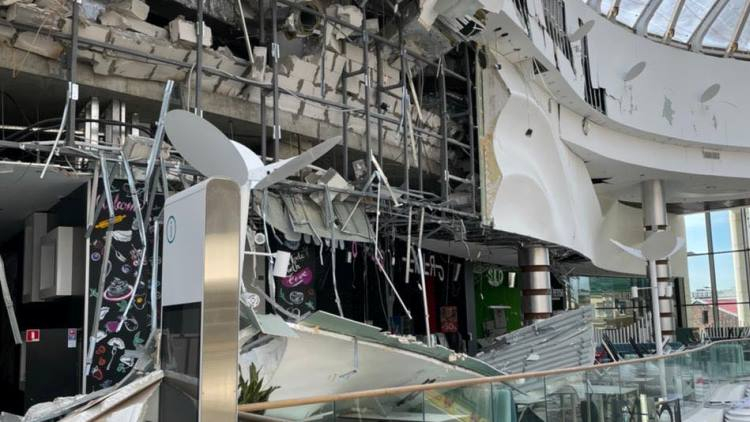 The Ukrainian retail industry together with the rest of the country is going through one of the most alarming stages in its history. Shopping malls are increasingly becoming targets for enemy fire. It is difficult to estimate the financial losses caused by the Russian army as the situation is constantly changing. According to the Ukrainian Council of Shopping Centres (UCSC) the losses incurred by the shopping mall industry as a result of the aggression amount to $9.8 billion. This calculation includes direct and indirect losses, writes Katy Klyueva in an article prepared by the Ukrainian Real Estate Club for Property Forum.

Part of the shopping malls continue to be in the temporarily occupied territory and operators in Ukraine have access to manage them.

The factors of growth of indirect losses also include a decrease in consumption due to migration and hostilities, as well as an increase in the risks of the country, which affects the investment attractiveness of retail real estate.

Also, the industry is affected by the difficulties that retailers are currently experiencing in Ukraine - these are difficulties with logistics, currency operations, problems with staff, lack of credit, rising prices due to inflation and others.

The largest share of indirect losses (74%) is represented by the loss of capitalization of the existing shopping centres. This relates to the increase of capitalization rates from 11-13% on average in 2021 to 17-19% in 2022. Also, significant losses ($1.2 billion) were incurred by domestic companies as a result of the stoppage of the construction of 19 RC which were to be opened in 2022.

If the situation does not improve significantly over the next 12 months, the Ukrainian shopping centres may lose another $1 billion. Thus, the total loss over the year could be about $13 billion.

The Amstor shopping mall (Kremenchug, Poltava region) that was hit by a missile on June 27th, 2022, is the last big loss. As of the morning of June 28, it is known that at least 21 people were killed and almost 60 injured. The shopping centre was completely burnt out. The amount of damage to the mall has not yet been estimated.

By the beginning of July in Ukraine, according to the USTC, 227 out of 320 the shopping centres in Ukraine have resumed their operation with a total area of 4.12 million square meters. This amounts to 72% of all retail space, taking into account those in the temporarily occupied territories. 14% of retail premises (804 thousand sqm) are not working, a large proportion of which are damaged. Excluding malls on the occupied territory at the beginning of July, 84% of shopping centres are open.

Attempts to restore: Kyiv and Kharkiv

The most active in terms of recovery are shopping malls in Kyiv, although there are examples of earlier damaged retail areas in the regions.

For example, the Retroville shopping mall in Kyiv has been open since June 15 even though missiles hit it on March 20. In May, the owners estimated that the impact on Retroville was worth at least €60 million. The missile strike completely destroyed the building of a sports complex with a swimming pool, adjacent to the mall, and a multi-storey office complex. In addition, facades from the south-eastern side of Retroville, and one of the 8 entrances to the shopping and entertainment centre was damaged. Some of the storefronts were broken and the decoration inside the mall was damaged. However, the management team plans that three-quarters of retail spaces will be reopened by August and the mall will be fully operational by March 2023.

The Lavina shopping centre, also in Kyiv, which for some time was the largest shopping centre in Eastern Europe, resumed its work in May. A shell hit the mall on March 14 and damaged the facade and interior decoration. Today the mall is working, although all the tenants have not yet returned. Stores of international brands, which have suspended their work in Ukraine because of the war, have not opened yet. There is also a movie theatre and an amusement park Galaxy that are also operating.

The Barbashovo shopping mall in Kharkiv (Eastern Ukraine) resumed work on June 11. Now more than 20% of outlets are already working there. In May part of the market suffered not only from shelling but also from the beginning of the fire. Not only the premises burnt down, but also the goods stored there. The losses to date have not been finally calculated.

The Nikolsky shopping mall was also opened in Kharkiv. It was shelled in March 2022 when the glass dome was damaged as well as technical and 4th floors. According to preliminary estimates, the amount of damage is estimated at no less than €12 million. The mall is one of the largest shopping centres in Kharkiv, with a total area of 105,000 square meters.