How are resi developers in Ukraine doing during the war? 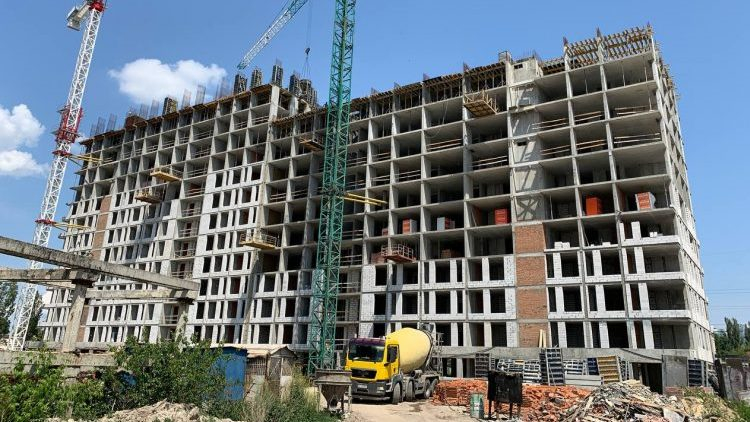 Currently, the primary residential real estate market in Ukraine is experiencing an increase in the cost of construction as the cost of materials and labour have increased several times. A large part of domestic producers of building materials cannot work because they have suffered losses of production capacity. Import substitution, which should fill the shortage of materials, is often not a solution because of the high costs and logistics problems. Iryna Nastych summarised the situation in an article prepared by the Ukrainian Real Estate Club for Property Forum.


Against the backdrop of rising construction costs, which according to various data have already increased by 20% compared to the pre-war rate, developers have to develop mechanisms that will help level the risk of stopping the construction and not fulfilling their obligations. Approaches to solving the problem vary, some rely on their own margin of safety, some change the priority of construction and some use special anti-crisis tools.

Large residential developers claim they can cope with growing risks at the expense of their own margin of safety, gradually resuming sales, which will attract new financial flows for further construction.

Absolutely all construction companies in Kyiv are reconsidering their work priorities, focusing first on the objects in a high stage of readiness. At the same time, the launch of new stages and projects is suspended. Such a step is made in order to recalculate the cost and add the financial risks associated with the rise in the price of materials, labour and logistics costs. Most new projects on Kyiv’s primary real estate market will be postponed until the end of the war.

Developers are counting on the support of the government, namely the resumption of loan programs that will help stimulate demand. With the outbreak of hostilities, banks have suspended the issuance of mortgages at 7%, now only a few financial institutions give loans for housing, but on their own terms. Therefore, developers have high hopes for their own programs of instalment payments and are considering reducing the first payment to lower the threshold of entry into the project for most potential buyers. And they are also discussing the possibility of attracting bank loans to continue construction more actively.

Also, developers are counting on foreign investment that will stabilize the overall situation in the market.

Players in the primary real estate market of Ukraine predict a decrease in the cost of production as soon as the situation in the country stabilizes. They estimated that it will take a year and a half after the end of hostilities.