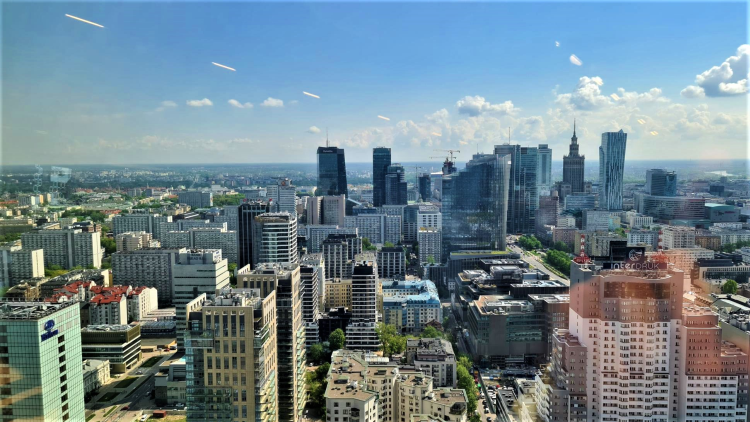 
Although the situation in the industry has slightly improved this summer, there is still considerable uncertainty in the hotel sector. The industry, which is one of the segments most affected by the lockdowns, fears another closing. In 2020, Poland introduced the strictest restrictions on the operation of hotel facilities among all countries in Europe. For example, only in our country, even business trips were forbidden. Hence, the forecasts for future operating profit among hotel owners are still very cautious. Hoteliers do not expect a return to profitability earlier than the end of 2022. However, most of them predict that a return to pre-pandemic indicators will take place in 2023 or later. The industry is adapting to the new market reality, but the reconstruction of the hotel sector will probably take several years.

The last year and a half has been particularly difficult for city hotels, which are performing significantly worse than holiday properties. Hotels in large cities are still awaiting the return of business and foreign guests, although the situation has improved in recent months and the hotels are recording an increasing number of bookings, including an increase in interest from MICE customers. The upcoming fall-winter season and the possible re-closing or limiting the industry's activities are a great unknown.

The situation on the hotel market is still difficult. Only about a quarter of all hotels in Poland are facilities located in typical tourist destinations that generally cope with the pandemic. The vast majority of hotels function permanently in conditions of low revenues and uncertainty.

Resorts are in a good position of not having to depend on foreign tourists and business events. Their activities have always been based on domestic tourists. It takes into consideration high seasonality and less traffic outside the summer season, so the pandemic did not affect them to such a large extent. It can even be said that pandemic restrictions have made tourist traffic even bigger in popular resorts in Poland, which saw huge crowds in the last summer season.

Investors are looking for opportunities

Investors, on the other hand, are awaiting opportunities. Looking at the long-term prospects for the hotel sector, they are seeking facilities in a difficult financial situation. And there are few offers of such hotels at the moment. At least when we are talking about attractively located facilities offering over 100 rooms. Even if their owners consider selling now, they do not lower their prices.

This does not mean, however, that there are no talks on potential transactions. There is demand for operating properties located in good tourist and urban destinations, as well as facilities with the potential to increase their value by changing their function, or thoroughly modernizing them.

However, it is clear that the pandemic has turned the attention of many investors away from investing in hotel facilities. In the first half of this year, only one transaction was recorded in the sector. Regent hotel located at Belwederska Street in Warsaw was purchased by PHN Property Management, a subsidiary of PHN and PHH, for PLN 130.5 million. The vast majority of investment funds have now suspended hotel acquisitions. It should be noted, however, that apart from specialized entities, hotels have never been their priority assets. Moreover, in the pandemic, investors have lost interest in them even more, especially since the expected price opportunities are still missing on the market.

It should also be noted that the current pandemic situation translates into the inability to estimate future demand, and this not only limits the activity of investors, but also the activities of banks. As long as the viral threat persists, it is difficult to talk about reliable forecasts concerning both the financial results of hotels and the valuation of hotel assets. Therefore, in many cases, the process of finalizing investment decisions was temporarily suspended. In Poland, an additional obstacle for investors is the form of hotel ownership. Most of the hotel facilities in our country are owned by individual entrepreneurs, and not by institutional capital that dominates the markets in Europe.

Rescue activities in the sector

The hotel market is likely to face major changes. Hoteliers face new challenges, but they do not want to sell their properties at "bargain" prices. They are trying to improve the condition of the facilities, primarily using equity reserves. They also reach for aid instruments offered by the state. They also use the possibility of additional financial support and options related to debt restructuring, such as loan repayment moratoria in order to reduce the budget gap.

At the same time, hotels are looking for new models of operation. One of them is the offer of long-term stays, which, admittedly, give a lower average room rate, but allow for better management of occupancy in the long term. The trend that we can observe in holiday resorts is to combine tourist and business stays. The hotel offer is being more and more flexibly adapted to the new requirements of the market, where tourism and remote work are increasingly intertwined.

Despite the fact that the hotel market in Poland is dealing with a low saturation index compared to Western European markets, a large part of planned hotel developments is withheld or postponed. What is more, some of them have already been reclassified for investments of different type. In 2020 and in the first half of this year, new hotel facilities were opened, including in Warsaw, the Tri-City, Cracow and Wroclaw, but most of them are the aftermath of investments started in previous years.

The development of hotel investments is currently focused on tourist locations. It is there that we can observe very high activity of hotel chains. Recently announced contracts with international franchisors mainly concern properties located in holiday resorts. Including, among others, Orle Gniazdo Szczyrk hotel with 453 rooms which is to join the Accor chain under the Mercure brand at the turn of 2023/2024. Sand Hotel under Royal Tulip brand has recently been opened in Kolobrzeg after a thorough renovation. Next year, based on a signed franchise agreement, Holiday In Resort hotel with 87 rooms is to be opened in Szklarska Poreba.

In previous years, the main emphasis of international chains was on the largest cities in the country, and now, with a large number of franchise and management agreements secured, the interest in tourist destinations and regional cities is growing.

It is also possible that soon we will see consolidations in the sector, acquisitions of smaller companies by large network players, which is a natural consequence in situations of a market slowdown.

Boom for land and apartments in resorts

For several months, there has been a clear decrease in the demand for plots for hotel facilities in large cities. The plots of land, which were to be used for hotel investments, secured in previous years, are waiting for better times or alternative forms of development. Investments in student dormitories, as well as buildings for long-term rental, which are also built on commercial land, are of particular interest. The pandemic did not drive away the funds from such projects, unlike the interest in hotels, which decreased significantly.

We can also observe a boom in holiday apartments in Polish resorts. Premises in investments rich in infrastructure similar to a hotel, with recreational zones and swimming pools, are particularly popular. Premises in such exclusive projects are selling out before the buildings are put into use. For investors, the construction of buildings offering holiday apartments for sale and rent is a much easier investment than launching a hotel. It does not require the organization of all backup facilities, which is necessary in the case of hotels, and the construction of the entire service team. We are observing a huge interest in such forms because investors are looking for a quick return on investment. The development of this segment is fostered by a large amount of investment capital on the market.