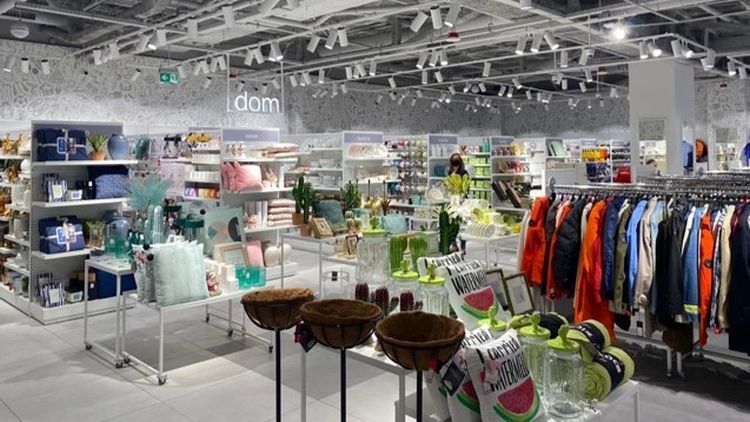 In the first month of operation of the HalfPrice chain in Poland, it was visited by over 500 thousand. customers. Currently, 13 stores operate under this brand, including the newest flagship store in the Warsaw department store. CCC Group decided to accelerate the opening of points under the HalfPrice banner outside Poland. The car showroom in Hungary will make its debut in August. Soon, customers in Austria and the Czech Republic will also be able to shop in the new network. A total of 65 stores will be opened in Poland and Europe by the end of the year.


"The decision to open HaflPrice after another protracted lockdown was a jump into the deep water, for which we were well prepared. The first weeks of operation of the new chain show that the concept of off-price stores turned out to be a great success and met with great interest of customers. Since May 4, we have been visited by over half a million customers. During that time, we opened 13 stores all over Poland. There will be 60 of them by the end of the year, and in the fall we are starting online sales, which shows how dynamically we are developing the new brand, and at the same time how large this logistics project is", says Adam Holewa, President of the HalfPrice Management Board.

So far, customers can shop in two stores under the HalfPrice brand in Warsaw, including the newly opened flagship department store Wars at Marszałkowska Street. In addition, there are showrooms in Wrocław in Lower Silesia, Galaxy in Szczecin, Galeria Korona in Kielce, Solaris in Opole, Galeria Platan in Zabrze, Galeria Warmińska in Olsztyn, Galeria Sarni Stok in Bielsko-Biała, Galeria Łódzka, Gemini Park in Tychy, Park Handlowy in Polkowice and Pogoria in Dąbrowa Górnicza. All stores operate under the sanitary regime.

"The success on the Polish market meant that we decided to follow the blow and accelerate the opening of stores under the HalfPrice brand in several countries of the region. We are convinced that also in Europe, the chain will meet with the same warm reception as in Poland. The CEE markets, due to the current activity of the CCC Group, are well known to us. We understand and are able to meet the needs of local consumers. So we are confident about the result of activities and the success of HalfPrice in other countries", says Grzegorz Urban, Director of International Expansion of the CCC Group.

In August, the Hungarians will be the first to make purchases. In the same month, HalfPrice will debut in Austria and in September in the Czech Republic. It will also appear in Slovakia by the end of the year. In total, 5 stores will be opened outside Poland this year.

HalfPrice stores are a concept in the off-price category, where customers can find a wide range of products from famous brands at very attractive prices. The chain offers clothing, footwear, accessories, cosmetics, toys as well as home furnishings and accessories. Soon, delicatessen food and products for animals will also be available there. The offer is completed several times a week.