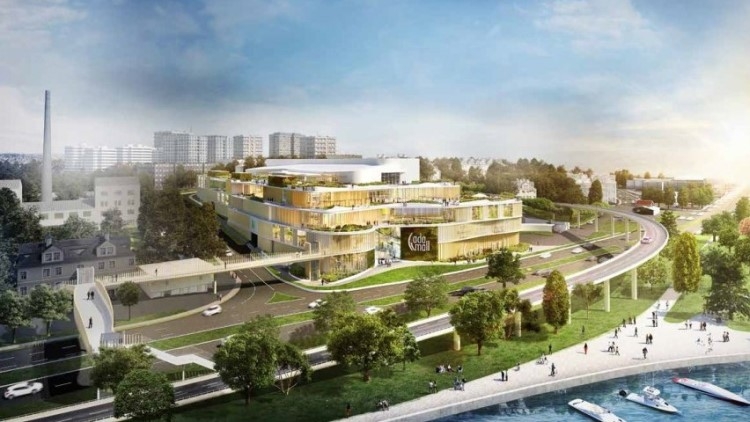 It the first six months of 2017 GTC refinanced and concluded loans for almost €400 million through euro bonds offering, project loans and construction loans.

The concluded loan agreements for financing and refinancing of the company’s eight projects amounted to more than €300 million. Among this year’s deals, GTC signed a binding term sheet with Banca Intesa Beograd, VUB and PBZ for €64 million for the financing of Ada Mall in Belgrade and a construction loan for GTC White House in Budapest for €26 million with Raiffeisen Bank. Among largest refinancing deals, GTC has agreed the facility for City Gate for €84 million with Erste Bank, the facility for Korona Office Complex for €46 million with BZWBK and facility for Avenue Mall Zagreb for €50 million.
What’s more, only in June 2017, GTC completed a €40 million prospectus-exempt public offering of 3-year euro denominated bonds to be listed on Catalyst, which adds up to approximately €70 million since the beginning of the year and is used amongst other to replace more expensive debt.
“We did not say the last word yet. Thanks to the expansion of the company’s operations and development we continue to secure long term financing through new bonds, financing and refinancing activity. We continue to take advantage of the current low interest levels to significantly improve the costs of our debt, while optimizing the leverage ratio”, commented Erez Boniel, GTC’s CFO.