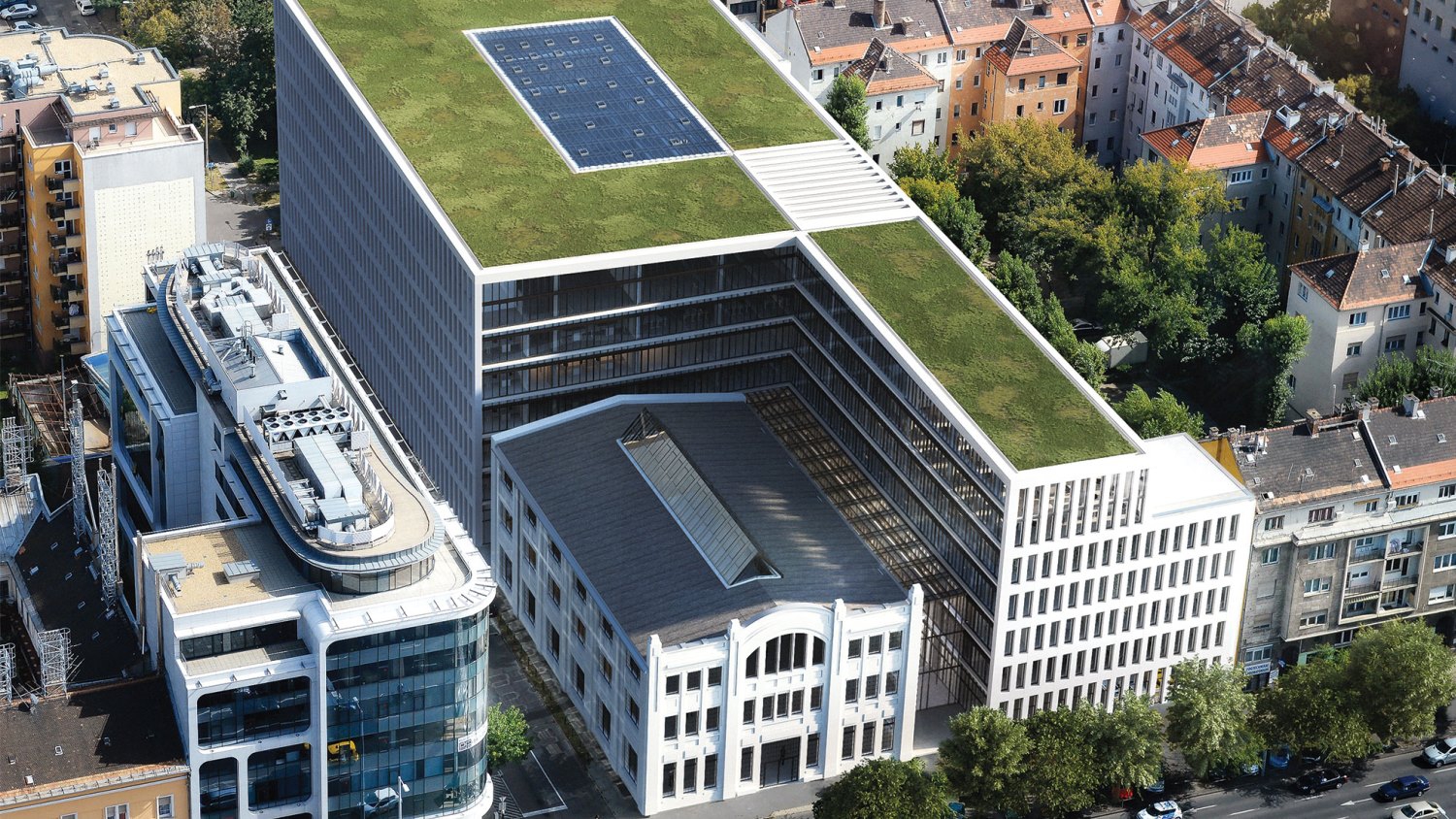 Construction commenced on GTC Hungary’s latest office development project. GTC White House is going to have a GLA of 21,500 sqm and is expected to be completed by end-2017. Concurrently, GTC Hungary will carry out a full interior refurbishment and technical reconstruction at Duna Tower Office.

GTC White House’s building permit came into effect on July 15, 2016. Swietelsky Hungary was named as the contractor for the deep foundation and basement works for the project, and GTC appointed international real estate agencies Cushman & Wakefield (C&W) and CBRE to serve as joint exclusive letting agents for the building.
GTC White House’s design incorporates and renovates the 100-year-old building of a former elevator factory (Schlick Felvonógyár) to create a modern office space of approximately 2,000 sqm in a unique working environment. The preserved historic building will be integrated into the whole of the new 21,500 sqm Class A office complex, which will be built to a LEED Gold environmental standard. Each floor will offer 2880 sqm of office space. A few minutes from two metro stations and tram line No. 1, GTC White House will have underground parking for 299 vehicles, over 150 bicycle stands, and shower suites.
GTC White House enters a reviving Budapest office market. Overall market vacancy rate currently stands at 10.3% from the low point of 22% in 2012. Following the 2008 downturn, construction of new office buildings in Budapest came to a halt (in 2009, 300,000 sqm was inaugurated, but dropped to practically zero in 2012-2013). Evidence of the new, positive trend is the approximately 80,000 sqm that will be made available in the capital this year, representing a growth of 42% over Q1 of last year.

Duna Tower Office, which was purchased by GTC in one of the biggest single asset office building acquisitions of 2015, will also be renewed. The interior refurbishing of 3,000 sqm of community areas and the full technical reconstruction of Budapest’s highest office building started in July. The remodeling of the 16-storey tall building, which offers a total of 31,500 sqm gross leasable area, is scheduled to finish in mid-October.

KÖZTI Architects & Engineers won the tender to recreate the lobby and to refurbish the cafe, the cafeteria, the terrace and the garden. The building’s air-conditioning system will be renewed, as will other technical installations, at a total cost of 2 million euros. To make the project as short as possible and to cause the least disturbance to tenants, work is being carried out over the summer. GTC Hungary has also launched a street food court next to the building.