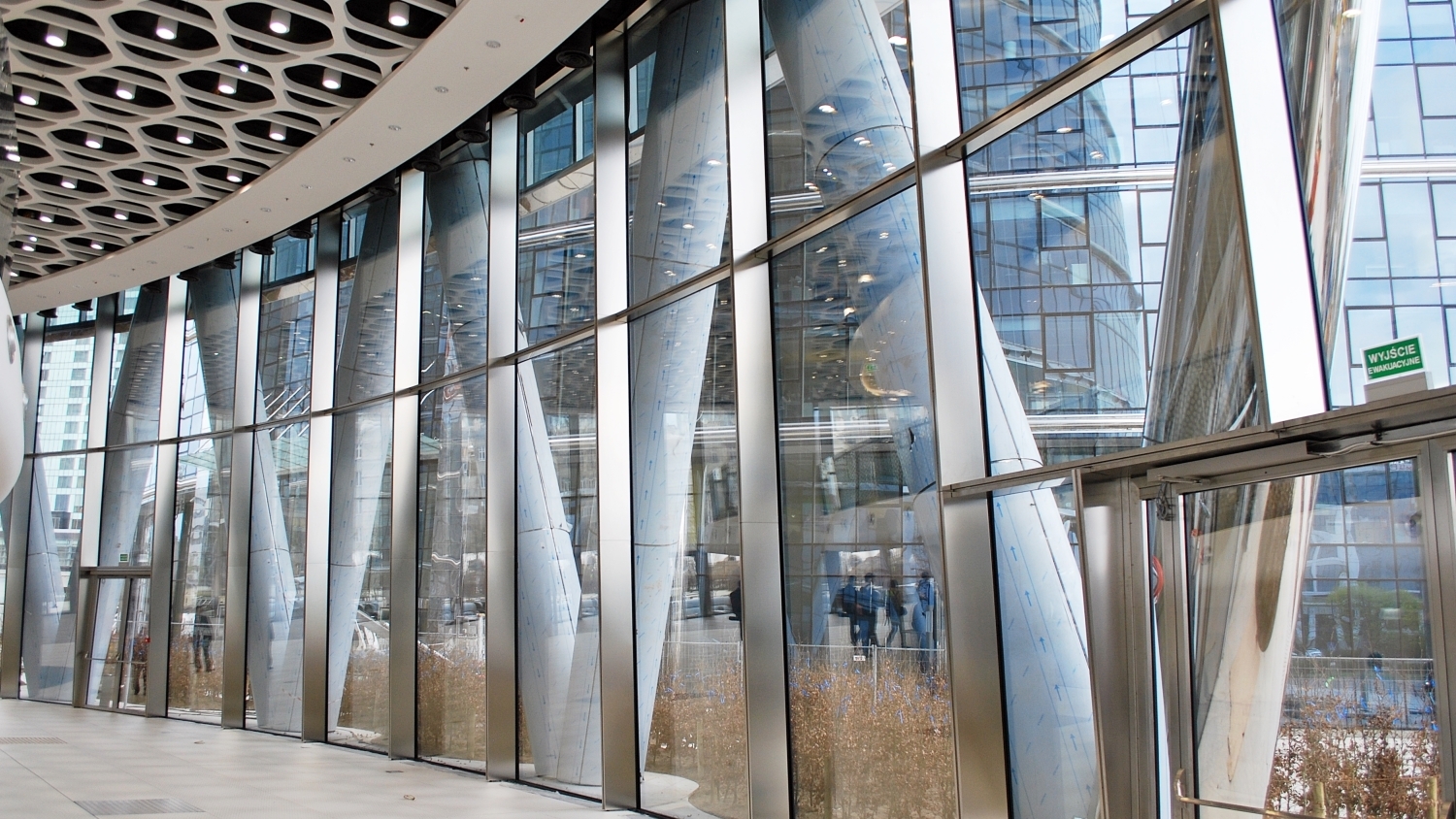 Central and Eastern European cities have further increased their presence at the largest property event in Europe. Investment markets are booming and this is clearly visible when looking around the stands of Hungarian, Polish, Czech and Romanian cities. Our takeaway from CEE themed panel discussions at Expo Real.

Growing confidence in Hungary
Members of the panel discussion on the Hungarian investment market agreed that investor interest is growing in Budapest. According to Noah M. Steinberg (Wing), sound real estate fundamentals and a solid macroeconomic outlook, coupled with the emergence of local investors provide a high degree of comfort for international investors.
Even though a certain degree of risk still needs to be taken into consideration, Hungarian real estate investments offer attractive yields, said André Zücker (KGAL Investment Management). There is a red line and if the Hungarian government doesn’t cross this line everything will be fine, but if they do, investors will pull out their money, he added.
There is a lack of supply of quality investment products at the moment but this will change thanks to the pipeline of new developments, added Attila Kovács (Horizon Development). 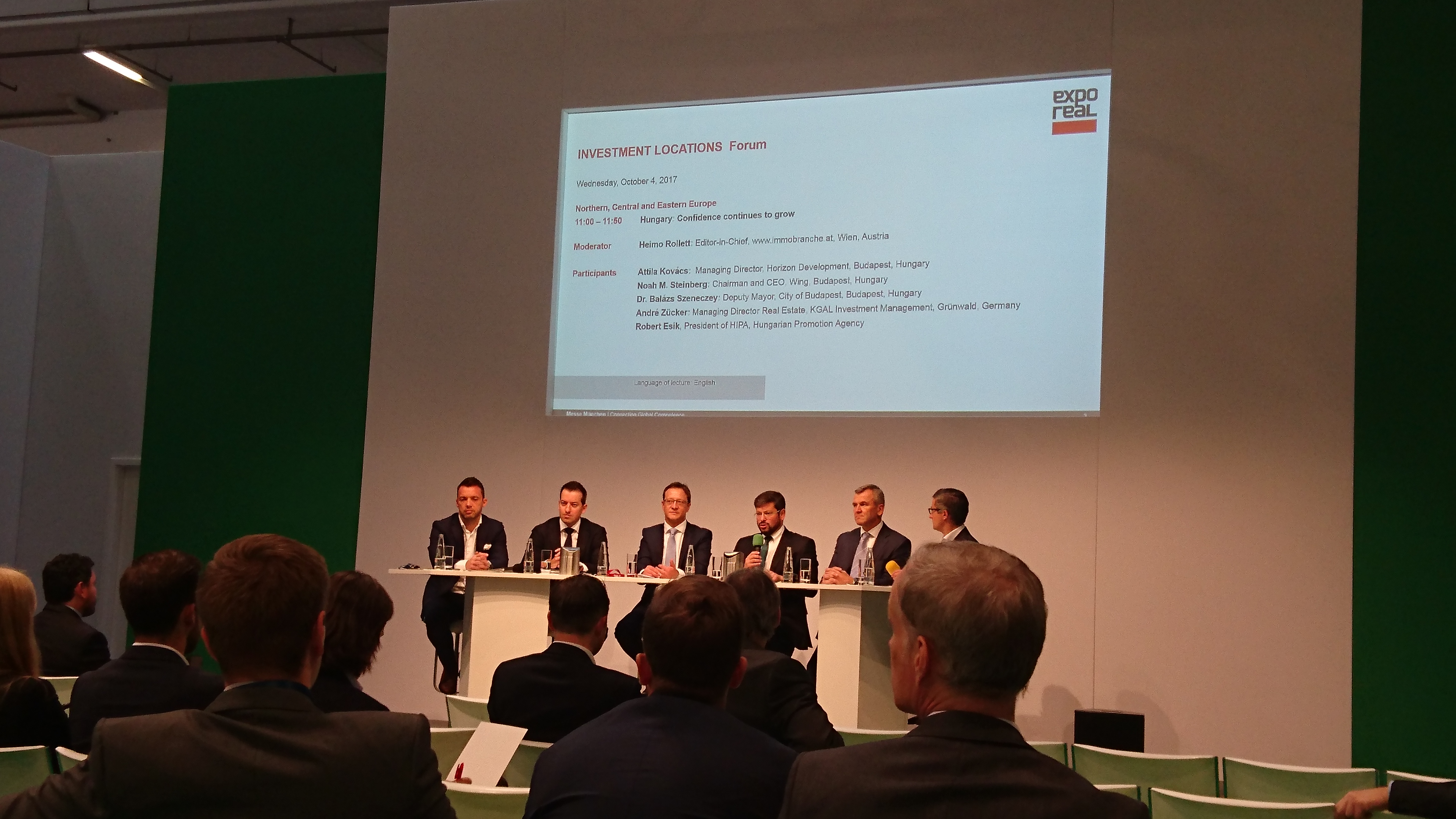 Mr. Steinberg believes that even with the strong development pipeline the outlook is highly positive on the Budapest office market. The vacancy rate is at a historical low and office space per capita is still low compared to other regional capitals, so there is definitely still room for new developments on the market.
He underlined the importance of changing tenant requirements in all fields of real estate, especially in retail and office. Developers need to understand what tenants need and adjust their plans accordingly.
The topic of regional cities also came up during the discussion. Hungary is highly centralised and companies looking to establish new locations in secondary cities had to face a complete lack of modern office space up until now. Luckily that is changing and the growth of the shared service sector has inspired new office development in several university cities in Hungary, namely Debrecen, Szeged and Pécs. Hungary offers huge potential in terms of untapped human capital, added Róbert Ésik (HIPA).
REITs will change the game in Poland
Members of the panel on Poland drew an even more positive picture than the participants of the discussion on Hungary. They agreed that – besides its size – one of the things that differentiate Poland from the rest of CEE is that there is activity in regional cities which have great potential.
The introduction of REITs, which is currently planned for mid-2018, will give a further boost to the Polish investment market, said Franz Jurkowitsch (Warimpex). Big pension funds invest in real estate all over the world, so it is logical for Poland to follow global trends. The introduction of REITs will give Polish pension funds the means to invest in real estate assets which they previously didn’t have, he added.
The success of REITs will depend on how they are structured, commented Bogdan Zasada (Strabag Real Estate). Jeroen van der Toolen (Ghelamco) thinks that REITs will be very successful because Polish people are ready to invest in property. REITs will open up secondary markets and they will boost liquidity, he added. 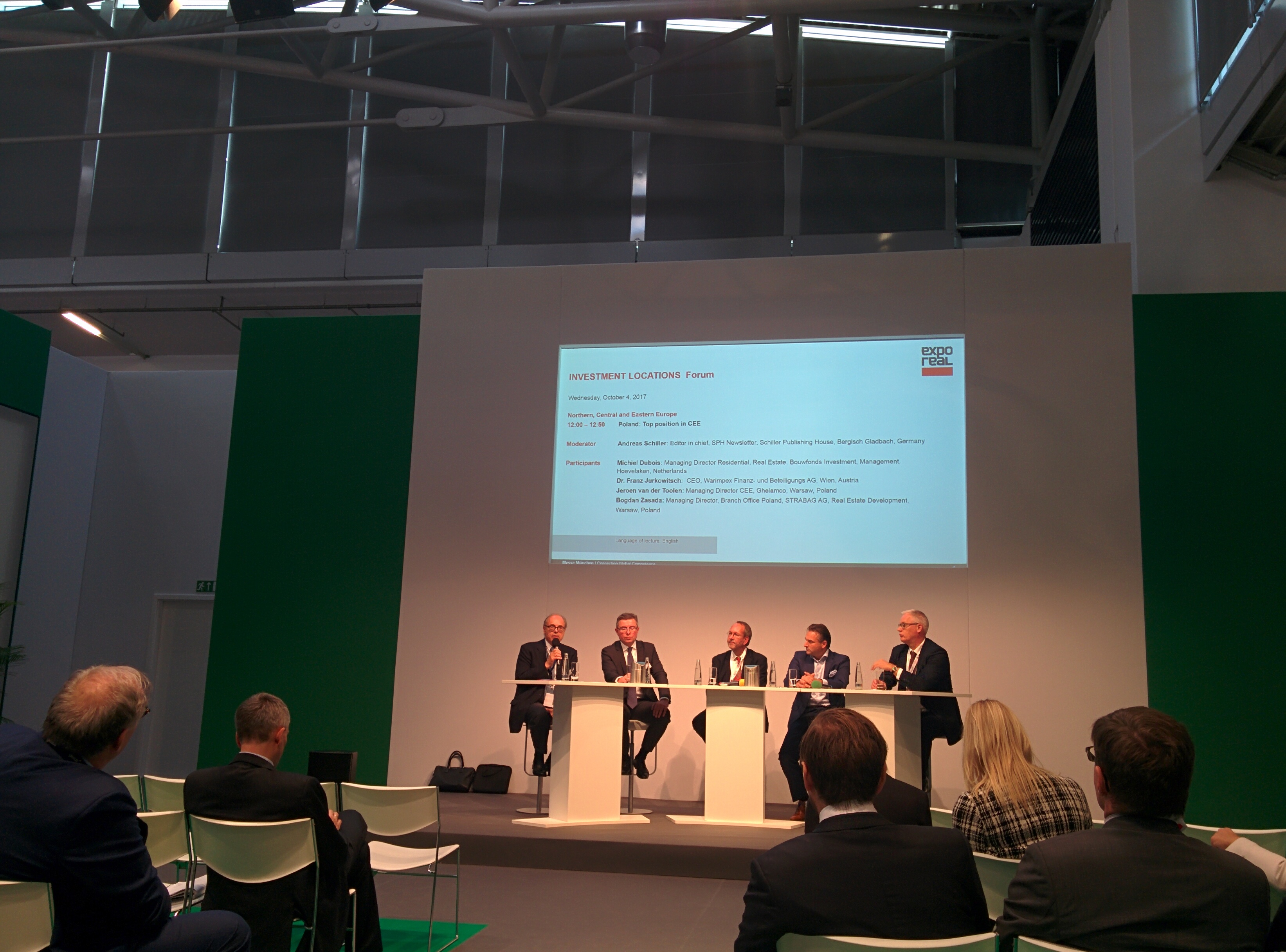 Members of the panel agreed that the Warsaw office market is not overheated at the moment. Demand is at a record high with new locations on the rise within the capital. Still, Jeroen van der Toolen observed that employees are coming back to the city centre which means that a good development needs to have all the amnesties. That is why Ghelamco believes that there is a need for larger scale projects which not only create urban space but also put property technology in the focus. As Mr. van der Toolen revealed, the Belgian-based developer is currently working on the most digitalised project in Poland.

New opportunities in Romania
Tatian Diaconu (Immochan) emphasised the importance of working close with the community and the public administration, especially when developing a large scale project. He believes that some segments of the Bucharest market are overheated and there is a need for new types of developments, namely landmark projects that would attract attention.
The way real estate is transacted is also changing. According to Affan Yildirim (Anchor Grup) in today’s world one is not selling a building, but selling an experience. 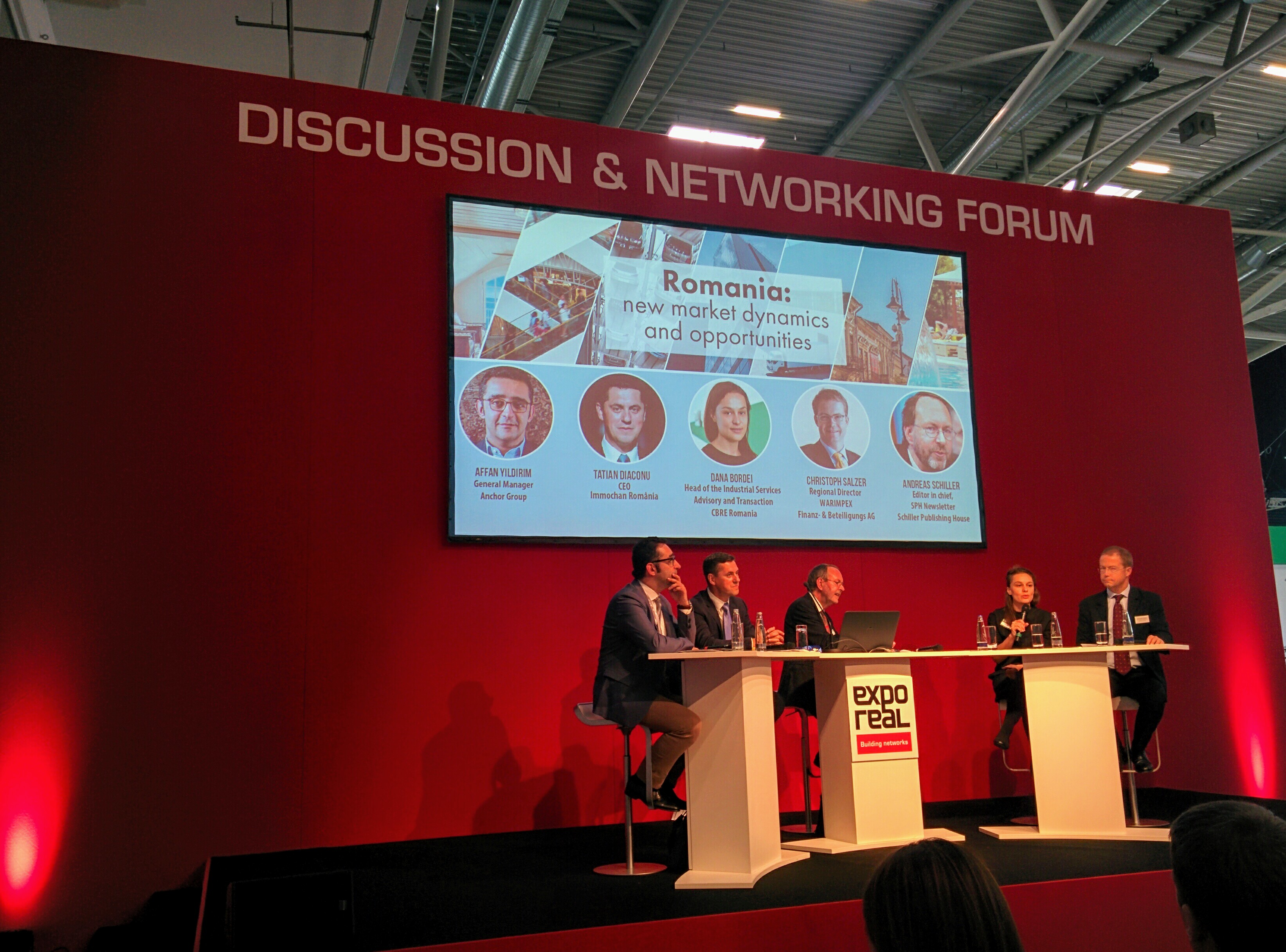 Dana Bordei (CBRE) believes that even though there are regional hubs that started to develop rather rapidly, the Bucharest industrial market is definitely not overheated. Availability and quality of labour force is important when choosing a new location within the country. Companies are usually looking into the Western part of Romania but there is also potential in the East, although transport links need to be improved, she added.
There is a lot of potential in Romania, Christoph Salzer (Warimpex) added. Members of the panel concluded that emigration is a huge problem for the Romanian economy, a lot of talent has left the country in recent years