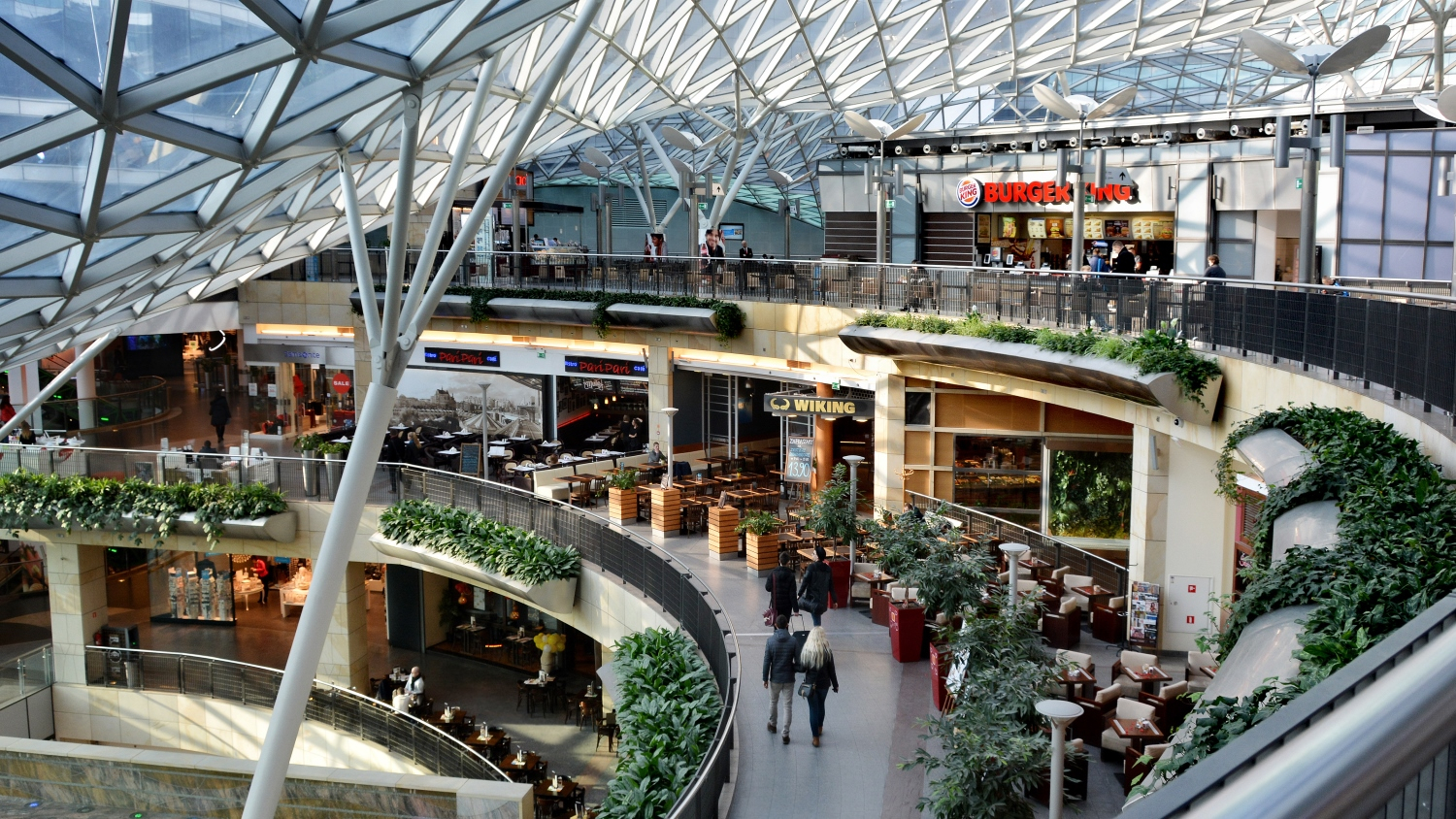 Cresa has prepared its latest report “Retail Occupier Economics” on the condition of the Polish retail market with data on retail stock by format and location, planned supply, retail space saturation rates, retail sales growth, new brands on the market and investor interest in the sector.

At the end of 2018, Poland’s retail stock totalled 14.8 million sqm of GLA. Traditional shopping centres, providing over 10.7 million sqm of GLA, dominate the market. Poland’s eight largest agglomerations account for more than half of the nation’s retail stock, including shopping centre space, but their market share has fallen from 77% in 2000 to the current 56%.
“The annual supply growth rate currently stands at around 3%, translating into approximately 465,000 sqm of new retail space per annum coming onto the market in recent years (457,000 sqm in 2018). Last year’s retail supply was nearly a quarter lower than the 2013-2015 average which totalled 613,000 sqm. Meanwhile, retail sales growth rate held firm at 6-7%,” says report author Magdalena Sadal, Head of Retail Research & Advisory, Cresa Poland.
Retail space growth translates directly into space saturation rates. Last year, Poland’s retail space saturation rate averaged 386 sqm per 1,000 inhabitants, and that for shopping centres only stood at 280 sqm per 1,000 population. The most saturated markets in terms of sqm per 1,000 inhabitants are the largest agglomerations whose saturation rates are more than twice the national averages and stand at 834 for all retail formats and 595 for shopping centres only. The lowest are in cities below 100,000 inhabitants, which encourages retail investors and developers to step up their activity on those markets.
“The introduction of the Sunday trading ban was undoubtedly the biggest single change on the Polish retail market in 2018. Contrary to what was initially expected, it affected mostly those it was meant to support: small-sized brick-and-mortar retailers. Leading retailers and large-scale retail schemes recorded a growth in retail sales, albeit at a slower rate than in previous years,” says Szymon Łukasik, Head of Retail at Cresa Poland.
“Our valuations of retail schemes in Warsaw, regional cities and towns up to 50,000 inhabitants have revealed that well-performing shopping centres saw an average 5-10% growth in retail sales in 2018/2017. Only a few F&B operators reported a fall in sales whilst shopping centre rents held firm,” says Arkadiusz Bielecki, Co-Head of Valuation at Cresa Poland.
New retail schemes, extensions and upgrades in 2018
In 2018, new retail supply hit 457,000 sqm of GLA. It comprised 26 new retail schemes totalling nearly 365,000 sqm of GLA, 11 extensions which provided 67,600 sqm of GLA, and four mixed-use schemes with a total area of 25,150 sqm of GLA.
Last year’s largest completions included Forum Gdańsk (62,000 sqm of GLA), Galeria Libero (45,000 sqm of GLA) in Katowice, Gemini Park Tychy (36,000 sqm of GLA) and Nowa Stacja Pruszków (27,000 sqm of GLA). The largest volume of retail space was added to the Platan shopping centre in Zabrze, while key upgrades and extensions were completed in Atrium schemes in Warsaw: Promenada, Targówek and Reduta. Last year also saw completion of the first phase of the extension of the Janki shopping centre (10,000 sqm of GLA). In total, extensions accounted for 15% of last year’s supply.
“Discounters are growing at full throttle not only in the food sector, but also in fashion and homeware. Retailers targeting the largest markets have slowed their pace of expansion due to high saturation rates on their respective markets and are instead focusing on optimisation processes and strategic decisions regarding lease extensions and further growth. Food operators and hypermarkets in particular are the key market to watch in the coming years as it will undergo a significant evolution that will affect all tenants and landlords. Both retailers and landlords are doing what they can to stand out on the market and attract consumers and investors,” adds Szymon Łukasik.
2018 saw stable demand for retail space. Newly-constructed space and space vacated by retailers withdrawing from Poland or optimizing their networks (including Duka, C&A, Piotr i Paweł) was taken over by sectoral competitors or retailers in the rapid expansion mode across all sectors and formats: furniture warehouses, homeware, home&deco, and food. In 2018, the discount sector welcomed several new market players including Dealz, Tedi and Action, but the highest number of new brands was recorded in fashion/accessories and F&B.
“While 30 new brands entered the Polish market in 2018, eight withdrew from the country in that period. In total, 154 new brands entered and 31 left Poland over the last five years. It is clear evidence of the attractiveness of the Polish retail market, which is believed to have a big potential, particularly given the shallow occupier market,” says Magdalena Sadal.
Best-in-class shopping centre rents (for a prime 100-150 sqm fashion and accessories unit) are at least double the rental rates at other retail schemes on individual markets.
Retail market trends in Poland
The retail development pipeline currently stands at approximately 570,000 sqm under construction, of which 70% or 400,000 sqm is to be opened in 2019. Another 500,000 sqm of retail space is at the planning or designing stage. It is worth noting that two-thirds of the development pipeline will comprise small schemes of up to 20,000 sqm of GLA in two formats: strip malls and convenience centres.
F&B and leisure operators are expected to gradually increase their presence in shopping centres - this will include more cinemas, restaurants, fitness clubs and events. They already account for 20% of floorspace at the most recent completions such as Galeria Libero.
Rents in secondary schemes remain under downward pressure, largely due to the growing competition, new market regulations (the Sunday trading ban) and the double-digit growth rate of e-commerce (online sales in Poland are estimated to have reached PLN 50 billion in 2018).