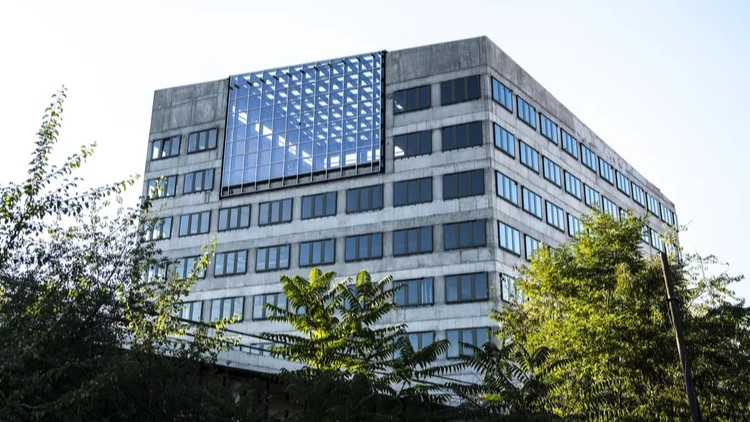 The EU Space Programme Agency (EUSPA) could become the first tenant after the completion of a dilapidated building in the centre of Prague's Palmovka district. The Prague City Council plans to approve the terms of a key contract in June that will kick-start preparations for the completion and ensure the agency moves into the building. Deník E15 reports that Petr Hlaváček, Prague's deputy mayor for territorial development, confirmed the news.


"If an agreement can be negotiated, the council could discuss it in June. Then the city council would vote on it. If they approve the wording, everything would be ready for EUSPA to move into the building once it is completed," Hlaváček says. According to Hlaváček, if the contract with the state cannot be concluded, the building will be leased to other tenants. "The city will finish it in any case," he assured.

He did not want to specify the contractual relations between the capital, the state, and the agency. Nor is it clear how much the completion will cost. The building of the current EUSPA headquarters in Prague's Holešovice belongs to the state and the agency pays only a quarter of the commercial rent.

The CZK 1.1 billion building, called Centrum Palmovka, has not been completed for many years. The project, which was supposed to include a new town hall for Prague 8, was approved by the local government in 2010. However, after the elections, the new town hall challenged the ownership of the building and the building became the subject of court disputes between Prague 8, the municipality and the Metrostav construction company. In the end, the parties agreed that Prague 8 would complete the building with the help of a municipal subsidy.