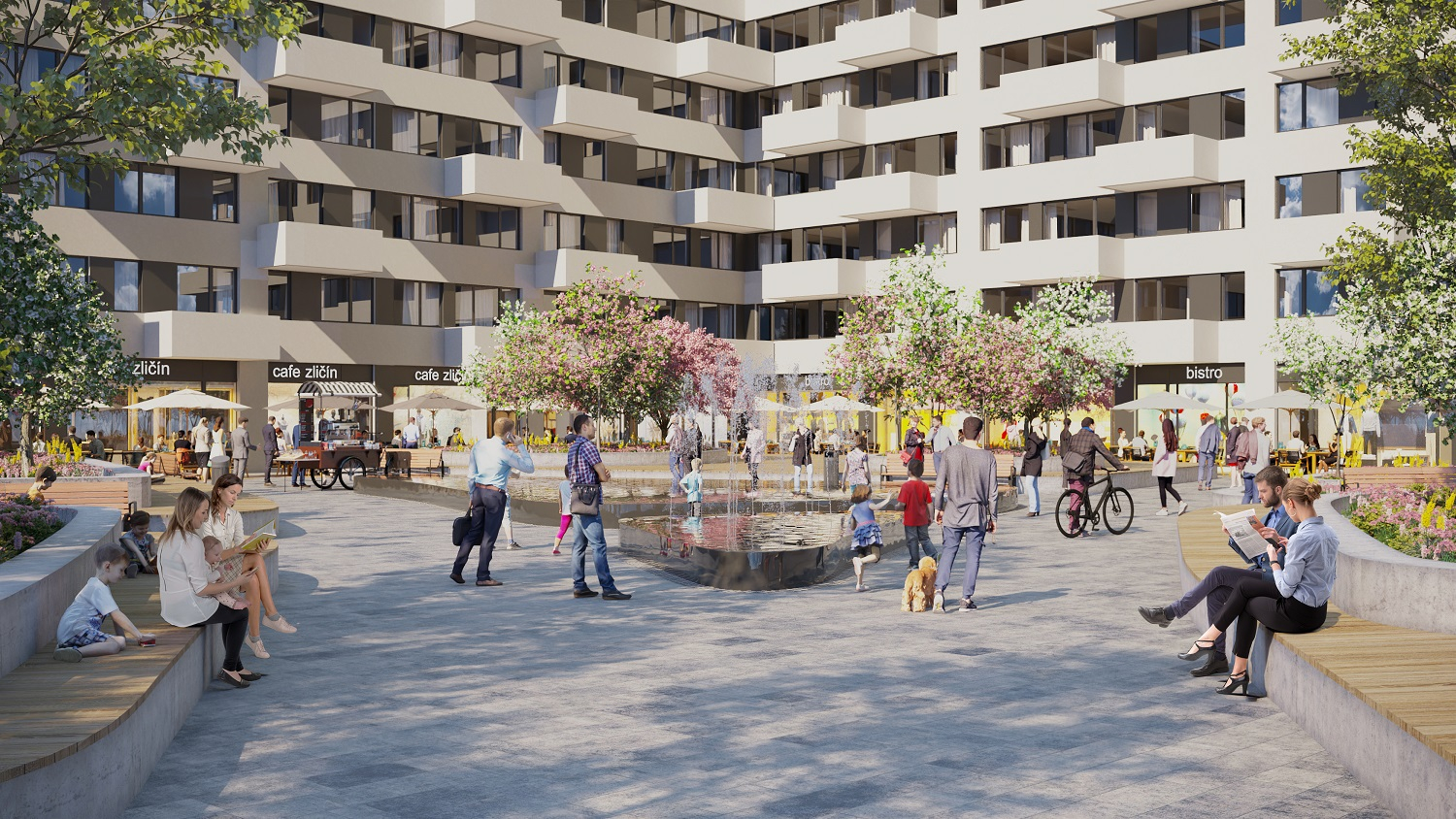 
A brand new urban district with approximately eight thousand flats on an area of 470,000 sqm will start to grow in Prague's Zličín district soon. In addition to the developer Central Group, its smaller developer colleague Ekospol is also planning to build here. The total area Ekospol is preparing to develop on the Zličín brownfield is 110,000 sqm, says Filip Sušanka to Property Forum. Under the Ekospol banner will be built approximately 2,000 residential units near the terminus of the B metro line. The apartments will be in various types of buildings. According to Sušanka, the rough estimate of the total investment for the Ekocity Zličín project so far is around CZK 10 billion.

"The area of the planned construction now includes halls, small business premises, car parks and warehouses. During the nine stages of construction we will build variously tall apartment buildings and blocks, a central square with shops and services, a large park that will connect to the local pond Hliník and a footbridge for pedestrians and cyclists over a large road," calculates Filip Sušanka. According to him, Ekospol is also working intensively on the project directly with the city.  For example, it is now discussing with the municipality the construction of a kindergarten in about half of all stages and also envisages allocating space for the construction of an elementary school. According to Sušanka, the tram line from Řepy to Zličín should also be extended during the ten-year construction period.