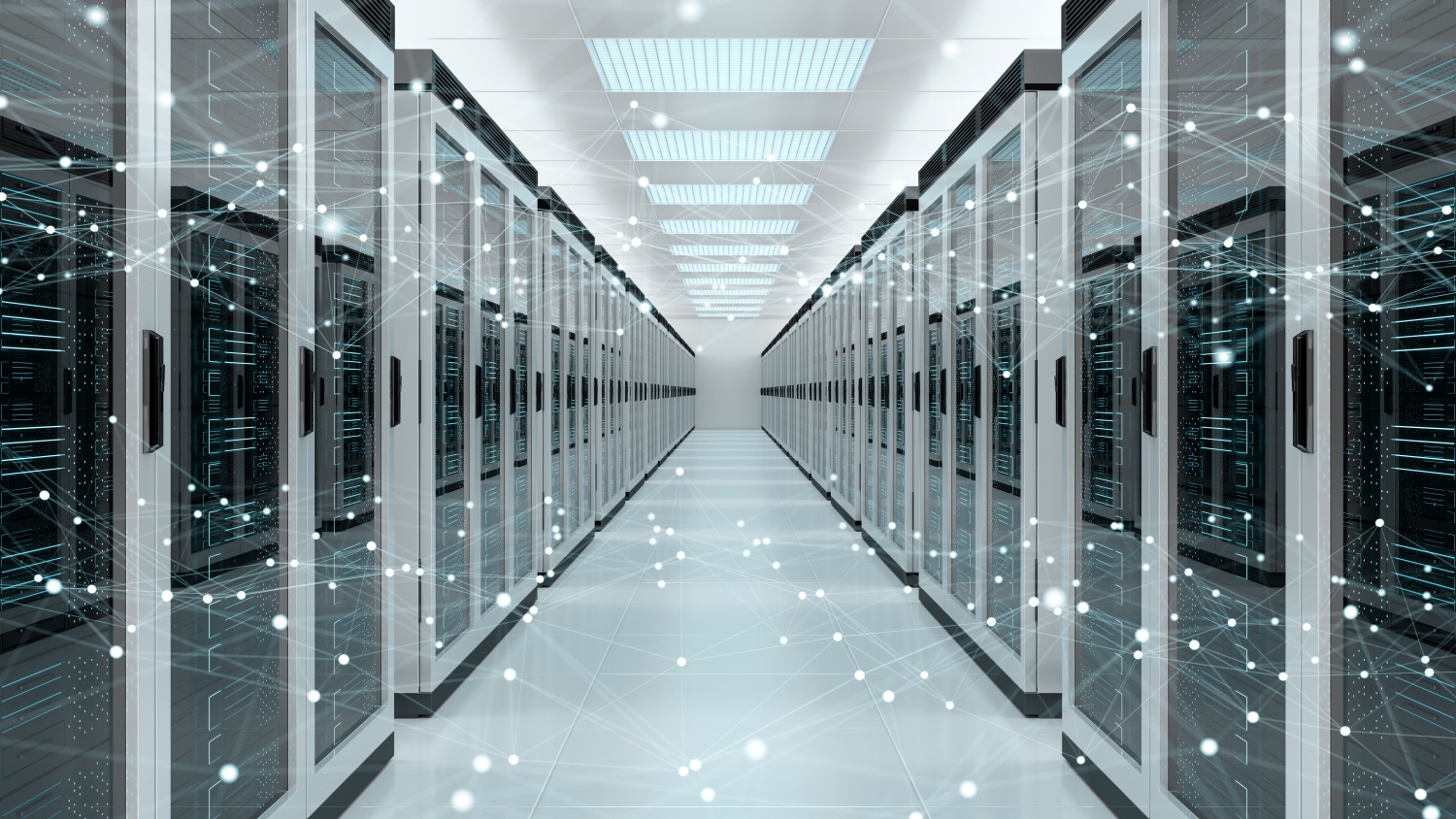 Romania ranks 6th in the top destinations in the data centres market in Europe, while the Nordics and the Netherlands occupy the first positions, according to Savills’ new Data Centre Investment Index. The number of data centres is multiplying to accommodate the surging demand for data storage. Thus, the need to have smaller scale domestic facilities to comply with data and privacy laws is set to lead to an uptick in activity across all of Europe.

Most of the world‘s data centres are currently based in the US, but also in the UK, Germany, France and the Netherlands. However, this geographical distribution could well change soon. Data centres no longer have to be located close to their clients but can be located in countries where clean energy is abundant and cheap as long as connectivity is safe and fast. Data, after all, is the most mobile commodity on earth and datacentre service companies can choose where to locate their premise in order to reduce their operating costs.
Given the fact that data centres require energy and water, in order to keep the servers cool (3-4% of the world power is used by data centres), there is great concern regarding their carbon footprint similar to the aircraft industry. Therefore, there is a focus on using environmentally-friendly technologies in the mega data centres built mainly by Internet giants and cloud companies such as Google, Facebook, Apple, Amazon and Rackspace.
As a consequence, a new asset class has emerged at the beginning of the 21st century, a new investment market with attractive yields (5% and 7% across Europe, the average total return in 2017 was 28.43%) compared to other asset types. This market requires a good degree of specialism which explains the limited group of players, but from an occupier’s perspective, the sector is flourishing and demand for data storage is set to grow dramatically in the next five years. 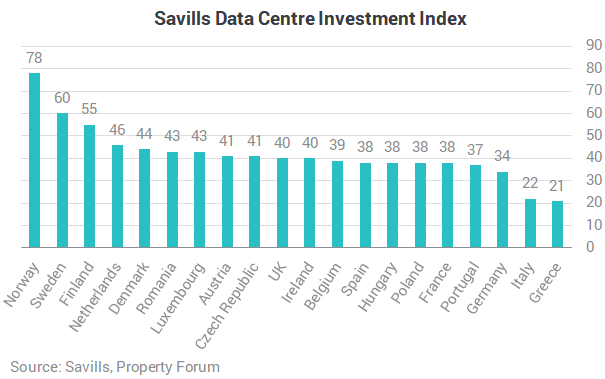 €450 million was invested in European data centres in 2017, with the UK accounting for 41% of all deals between 2007 and 2017, says Savills, but investment activity is beginning to pick up across continental Europe as investors become more familiar with the sector.
According to Savills, owing to the growing popularity of cloud-based infrastructures, the need for cost-effective hyper-scale data centres of 50,000+ sqm in Europe has grown exponentially over the past five years, with Cisco predicting that hyper-scale data centre traffic will quintuple over the next five years.
Savills has therefore identified the best locations in Europe in which to invest, benchmarking 20 countries against 12 indicators crucial to the development of data centres*. Surprisingly, Romania ranks 6th of the top 20 countries in Europe for data centre investment, right after the Nordics. The Nordic nations take four of the top five slots, given their strengths in offering low energy costs, cool weather and access to water, with the Netherlands rounding out the top five.
Codrin Matei, Managing Partner and Head of Capital Markets for Crosspoint in Romania, comments: “Romania has seen an accelerated development from the perspective of the IT & C industry, backed by the market entry of renowned companies (Amazon, Fitbit) and by the expansion of existing major players (Microsoft, HP). From this perspective, the rise of investment in data centres will just be a matter of time and they will probably target Bucharest and IT hubs such as Cluj, Timisoara, Iasi.”

Codrin Matei is co-founder and managing partner of Crosspoint. For more than 10 years he has been actively involved in the local and foreign stock markets system, having also acquired an extensive experience in the banking industry, while holding positions within BRD – Groupe Société Générale (corporate clients and high-end individuals). He has graduated the Academy of Economic Studies, Bucharest, with a major in Business Management followed by a master in Investment Management at the same university. He is a certified Investment Consultant and holds a certification from London Business School on Corporate Finance. Between 2015-2017, he was part of the Global Advisory Board for Leading Real Estate Companies of the World (by-invitation-only network, present in over 65 countries, with 565 firms and 130,000 sales associates that transact annually ~ $368 billion).  More »
With data centre occupiers taking leases of 10 years or more, and an increasing number looking towards sale and leaseback options, the sector offers investors an appealing proposition. Data Centres are increasingly an investment product category accepted by institutional investors such as AXA and CBRE Global Investors, and the weight of money has pushed yields down significantly over the last couple of years to 5-7%. We expect these yields to move in further in the coming months and years.”