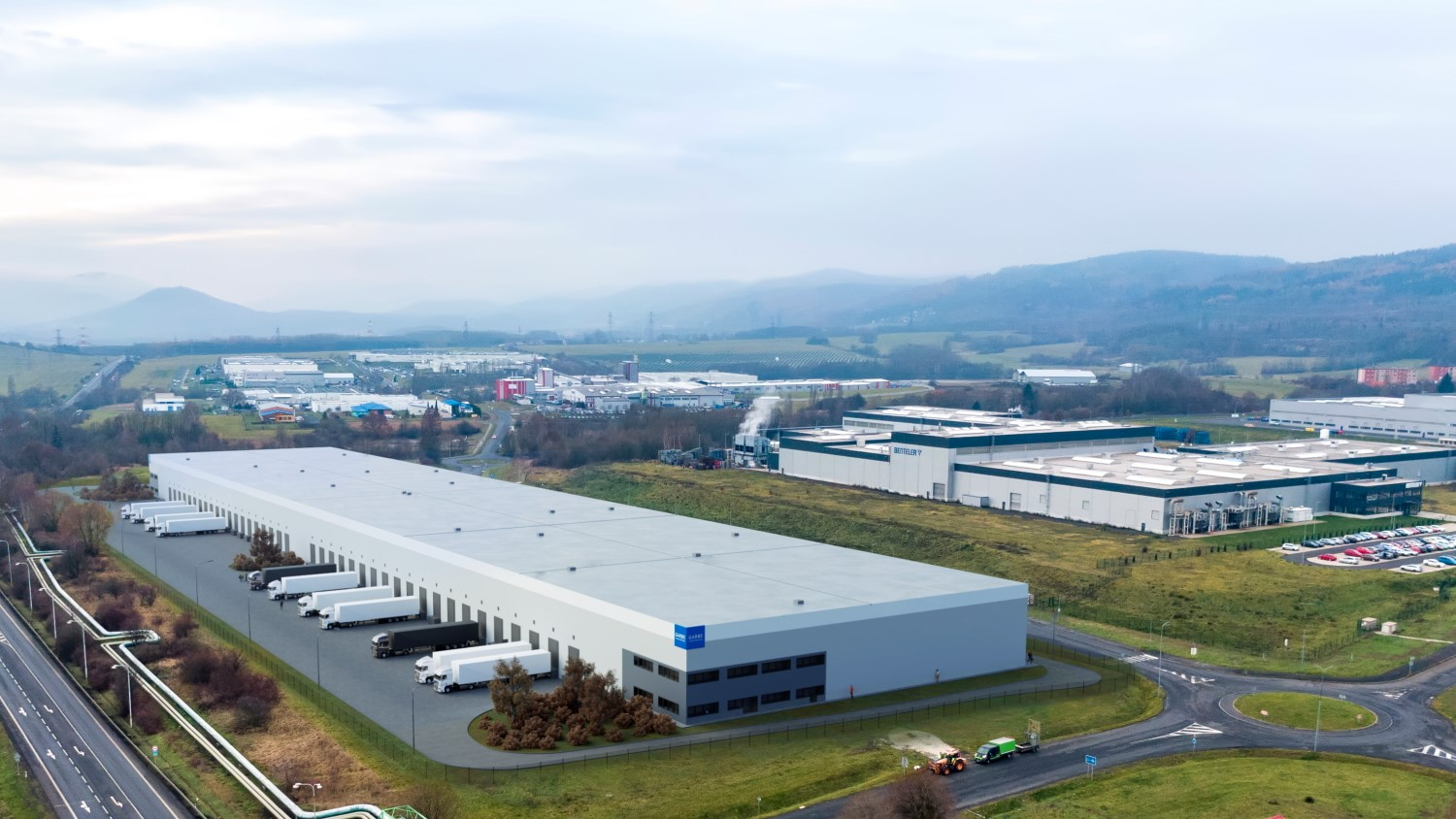 As of Q4 2022 in the Czech industrial market, the extremely low vacancy of around 1% persists. The share of speculative construction has grown to 40% and the modern, developer-led warehouse stock reached almost 10.8 million sqm, so experts expect that it will surpass 11 million sqm by the end of Q1 2023, the Industrial Research Forum announced in their report.

The modern, developer-led warehouse stock in the Czech Republic reached almost 10.8 million sqm, and we expect that by the end of Q1 2023, it will surpass 11 million sqm. Approximately 167,300 sqm was newly delivered to the market in Q4 2022 within twelve industrial parks across the country. This figure represents a 66% decrease compared to the previous quarter. There are 2 major reasons for that, firstly several projects which were expected to be completed in 2022 were delayed to the following year and secondly last quarter we saw the completion of Amazon's 187,000 sqm distribution centre, which affected these figures further. Compared to the same period of the previous year, this is however still an increase of 10%. More than 1,100,000 sqm of new industrial space was delivered in 2022, which represents an increase of 121% compared to 2021. And it is the highest amount of space ever to be delivered to the market within a single year.

At the end of Q4 2022, the total space under construction in the Czech Republic amounted to a level of 1,219,000 sqm, representing an increase of 4% compared to the previous quarter and ca. 7% increase compared to the same period last year. Around 26% of that space is situated in the Karlovy Vary region, followed by the Pilsen region with 15% and 12% in the South Moravia region. During Q4 2022, development works commenced on a total of 213,200 sqm of industrial space. The share of speculative space under construction increased to 40% during the quarter. In 2023, the overall new supply is expected to exceed 1.0m sqm, with this, there is a possibility that by the end of 2023, the stock in the Czech Republic might exceed 12m sqm.

Net take-up in Q4 2022 totalled 231,300 sqm, showing a decrease of 35% quarter-on-quarter and quite a notable decrease of 48% year-on-year. Net demand (excluding confidential/undisclosed deals) in the fourth quarter was driven mainly by manufacturing companies, accounting for 59% of the volume, followed by logistics companies with 31% and distribution companies accounting for 10%. In terms of volume, net take-up in Q4 2022 was the lowest volume recorded on the Czech industrial market since Q3 2020 when take-up volumes reached 165,600 sqm. For the entire year, gross take-up reached 2,209,700 sqm, which represented a decrease of 10% compared to 2021 and an increase of 45% compared to 2020.

The most prominent new transaction in Q4 2022 was a new lease of 17,000 sqm in Industrial Park Rosice, signed by an undisclosed company. The second-largest transaction was the pre-lease of 10,500 sqm in Garbe České Budějovice, signed by Taconova Production. The third-largest deal in Q4 2022 was a pre-lease of 10,200 sqm in VGP Park Ustí nad Labem signed by an undisclosed company from the Automotive sector. The largest renegotiation in the fourth quarter was in P3 Lovosice, where FM Logistics signed a 60,600 sqm renegotiation with P3. In addition, there were several even larger new transactions on the market throughout the quarter, however for confidentiality reasons we cannot disclose any details of these transactions.

At the end of Q4 2022, the vacancy rate in the Czech Republic reached 1.18%, which indicates the current resiliency of the Czech industrial market, despite the ongoing crisis. In comparison, this is a small increase of 26 bps compared to the previous quarter and an even smaller reduction of 10 bps compared to Q4 2021 levels. A total of 127,100 sqm of modern industrial premises is available for immediate occupation. The vacancy in industrial warehouse space in the Greater Prague region is even more constrained than the national rate, resting at close to 0% since Q2 2021.

Prime headline rents have increased to the level of around €7.50 - €7.90 sqm/month in the Czech Republic in Q4 2022. Some special offers, especially in Prague, start at €8.50 per sqm/month. Selected prime locations outside of Prague have now seen their prime rents grow at a faster pace than ever before and are around €6.00 sqm/month. Rents for mezzanine office space stand between €9.50 - €12.5 sqm/month. Service charges are typically around €0.65–1.00 sqm/month.