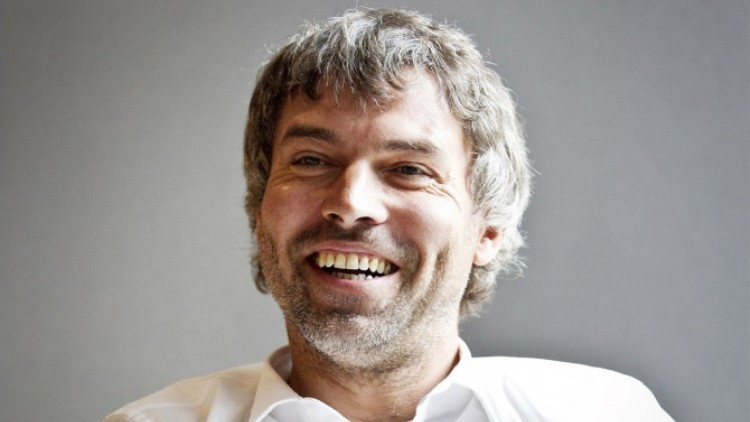 Czech billionaire and businessman Petr Kellner died on Saturday in a helicopter accident in the Alaskan mountains, the New York Times reports. Petr Kellner, whose net worth has been estimated at $17.5 billion by Forbes, was aboard the Airbus AS350 B3 helicopter when it went down near Knik Glacier, Alaska. It is assumed that the group wanted to do heli-skiing in the mountains.


Kellner, 56, was killed, along with another guest of the Tordrillo Mountain Lodge, including Benjamin Larochaix, also of the Czech Republic. According to the lodge, Kellner was a frequent guest and friend of the resort.

Kellner was the majority owner of the PPF Group, an investment group that invests in a number of industries and operates on three continents. The Group includes PPF Real Estate which manages assets exceeding €2 billion across Europe, Russia and the USA.

According to the company's annual report for 2019, Kellner controlled 98.93% of PPF.

PPF was founded in the Czech Republic in 1991 as an investment fund and participated in the privatisation of the country´s economy. The Group's first major investment was its acquisition of Ceska pojistovna, the largest insurer in the Czech Republic. Ceska pojistovna‘s successful transformation from a state-owned, inefficient company into a functioning private business laid the foundation for its subsequent successes.

PPF then founded Home Credit, the consumer finance provider. It also acquired and built PPF banka and eBanka in the latter half of the 1990s. PPF also started its expansion into Slovakia. PPF's investment activity in the Czech Republic increased significantly in 2004 as the Group successfully concluded the restructuring of the largest domestic private TV channel (TV NOVA) and then sold it to US-based CME.

2002 saw PPF continue its pursuit of growth by entering the Russian market, making its first investments there in insurance and consumer finance. Despite initial difficulties, the Group persevered with its investment strategy and the Russian market has remained the focal point of its business interests ever since. In time, PPF successfully launched Home Credit there, and invested not only into the banking and insurance sectors but into silver and gold mining (Polymetal) as well.

In 2007, PPF signed an agreement with Italian-based insurance company Generali to form Generali PPF Holding, a joint venture active in Central and Eastern Europe and CIS countries. This significant step made PPF a truly global business. In keeping with this global approach, the company also entered Asian markets, primarily China and Vietnam, followed by Belarus, Kazakhstan, India, Indonesia and the Philippines, predominantly through the development of the consumer finance segment.

In more recent years, PPF has focused on strengthening and developing its existing investments, whilst continuing to seek new investment and business opportunities. In 2014, PPF acquired a majority stake in O2 Czech Republic, the country´s largest telecommunications operator, which also owns one of the major mobile operators in Slovakia. The Group´s investments in real estate are also successfully underway, focusing not only on emerging markets like Russia but also building a presence in developed Western European countries, the Netherlands and Germany in particular.

As well as individual portfolio projects, from which PPF has exited with a significant return on investment (such as TV NOVA, the main Czech lottery company Sazka, Central European energy holding EPH, Nomos-bank the Russian retail bank) the Group take a long-term approach to develop key sectors of interest, particularly banking and non-banking financial services, real estate, retail, insurance (currently in Russia), metal mining – together with partners in Polymetal – and most recently telecommunications and biotechnology.