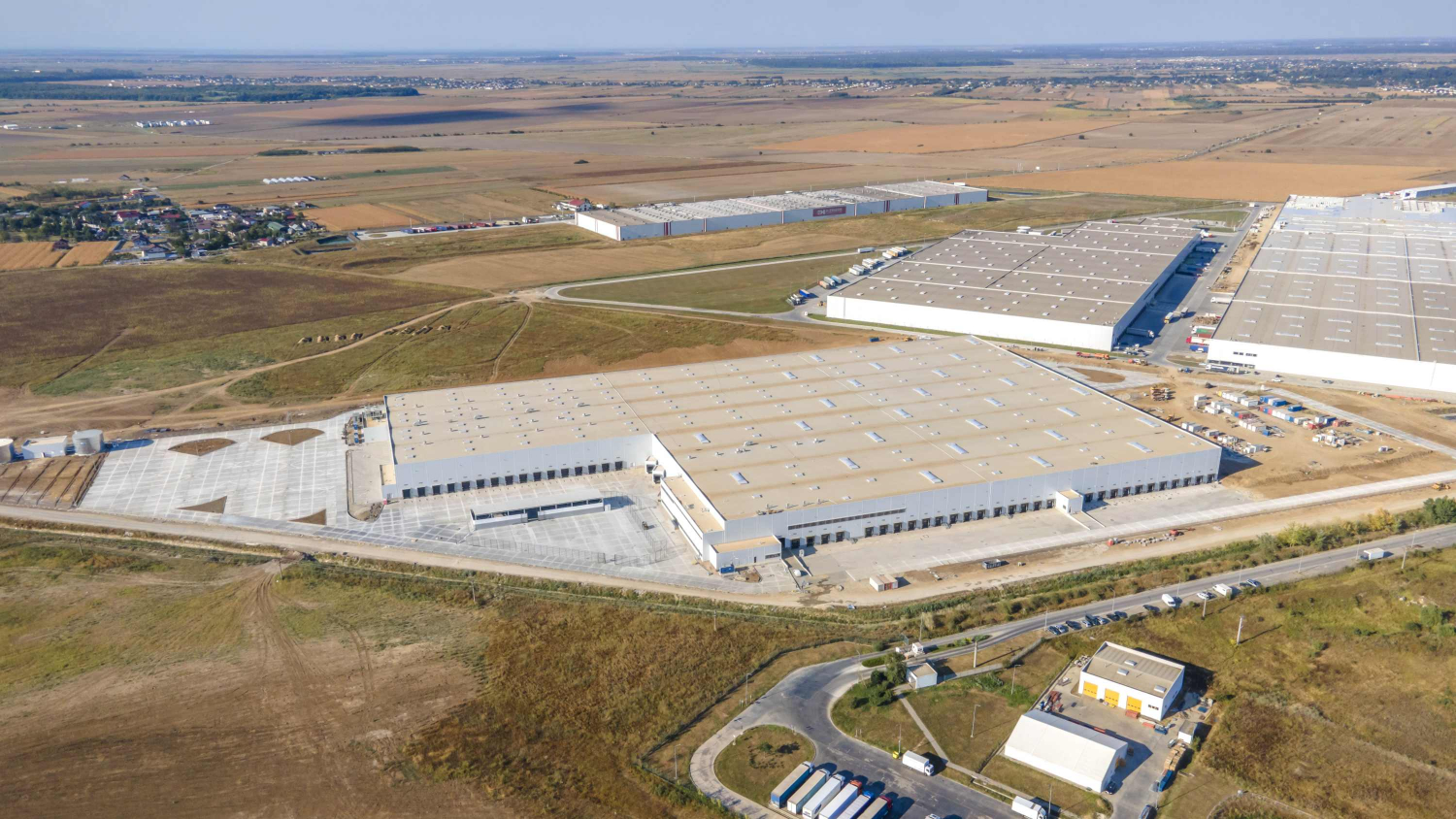 CTP has inaugurated a new logistics centre in ctPark Bucharest West for one of the largest retail companies in Romania. Started in December 2019 and finished in September 2020, the new warehouse for Profi Romania became operational only one month after the completion of construction. The warehouse has a total area of ​​56,500 sqm, which can be extended by another 10,000 sqm. CTP’s investment in the project was €29 million (RON 140 million).


The new warehouse built within ctPark Bucharest West, located on the A1 Motorway, at km 23, allows food storage in three temperature categories: ambient, controlled temperature, between zero and ten degrees, and negative temperature, generated based on ammonia, between -24 and -30 degrees. The possibility to store food at negative temperature offers the CTP customer the ability to continue its efforts to support local producers and suppliers. Thus, Profi acquires in collaboration with CTP a competitive advantage that allows it to differentiate itself in partnerships with the small local producers from Romania.

Valentin Rosu,  Regional Development Manager CTP, declared: “Like all the buildings we deliver, the new logistics centre for Profi Romania has been adapted to the specific needs of our client's business. The fact that we delivered the first Profi warehouse that integrates all the functionalities of storage, freezing, fresh and ambient proves once again the capacity of CTP to offer 100% customized solutions, based on flexibility and adaptability.”

The new warehouse, with an area of ​​56,500 sqm, has, like all CTP buildings, BREEAM certification, but also 30,000 sqm of green spaces. In its attempt to neutralize the carbon footprint by 2023, the CTP group relies on two main strategic directions: BREEAM certification of the entire building portfolio and the creation and conservation of forests in the immediate neighbourhood of the newly built warehouses. Through this add-on of the new building destined for Profi Romania, CTP confirms its long-term commitment to protect the environment and carry out in a responsible manner its activity.