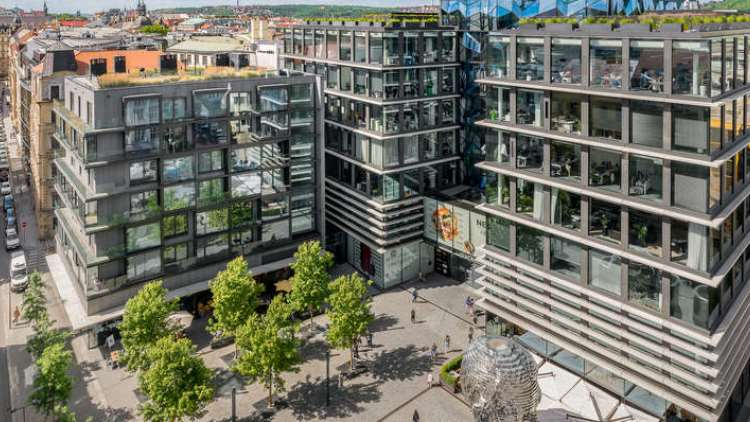 CPI Property Group reported first-quarter profit growth of 243 percent year-on-year to €381 million (roughly CZK 9.4 billion). It was able to do so thanks to its takeover of Austria's Immofinanz, which owns a number of commercial properties. CPI now owns 76.86 percent of the shares in this Austrian company. As a result, CPI is currently the Central European leader in real estate and is planning further expansion with the Austrian real estate company S Immo, where it now controls 42.6 per cent along with Immofinanz.


The stable financial policy of the CPIPG since 2018, high profit, acquisition of Immofinanz, targeting a “high BBB”, strong group liquidity, net disposal proceeds of about €623 million with the group anticipation of the total disposals at €1.5 billion by year-end 2022, rent indexation, issuing sustainability linked bonds these are some main factors that are supporting the CPIPG success in the last period, the announcement reads.

Highlights for the first quarter of 2022:

CPIPG first articulated its financial policy in 2018. It remains fully committed to its LTV target (40% or below, or up to 45% in the case of acquisitions with high strategic merit) and the Group’s shareholder distribution policy remains unchanged. CPIPG also believes that the acquisition of Immofinanz brings considerable scale to the Group, enhancing the overall profile from a credit rating perspective. CPIPG targets a “high BBB” rating which sees as achievable in the coming years.

“CPIPG sees sustained strong demand for real estate and solid trends in rents and occupancy across our portfolio,” said Martin Němeček, CEO. “The Group’s strategic acquisitions and disposals have been executed successfully and our asset management teams continue to deliver great results.” CPIPG’s results for the first quarter of 2022 fully consolidate the Group’s acquisition of a controlling stake in Immofinanz. “The consolidation of CPIPG and Immofinanz creates a Group with a new level of size and scale as a landlord,” said David Greenbaum, CFO. “The Group’s acquisitions have been funded conservatively and our capital structure commitment is unchanged.”