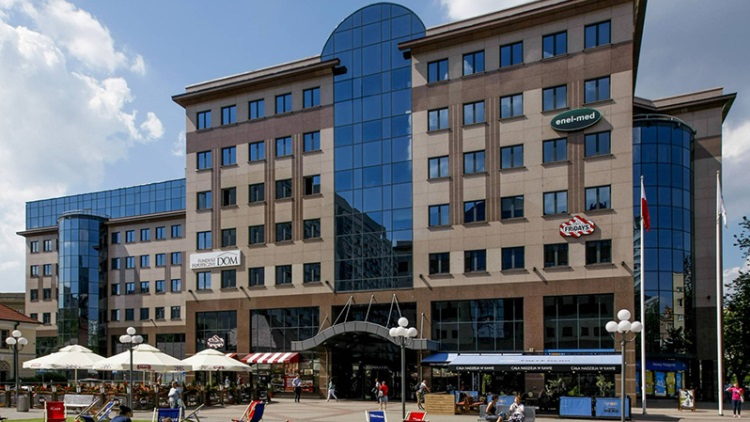 CPI Property Group has prepared an update regarding the Group’s performance following the outbreak of COVID-19.


CPIPG owns a diversified portfolio of income-generating real estate primarily located in the Czech Republic, Germany, Poland and Hungary. National governments across the region responded seriously and quickly to the threat of COVID-19, resulting in some of the lowest infection and fatality rates in Europe. The gradual easing of lockdown measures has already commenced.

Following a detailed asset-by-asset analysis of the impact of COVID-19, the Group continues to expect meaningful growth in both gross rental income and net business income during 2020. Increased rental income from the expansion of CPIPG’s office portfolio in Q4 2019 and Q1 2020 should more than offset the temporary impact of lockdown restrictions on the Group’s retail and hotel properties.

More than 75% of CPIPG’s portfolio measured by gross leasable area (GLA) and gross rental income is open and operating normally, including about 50% of retail units.

In the retail segment, many of CPIPG’s units (such as grocery stores and pharmacies) are considered essential and never closed. The Czech Republic has accelerated plans to open more retail shops in stages beginning on 27 April, with shopping centres scheduled to reopen on 11 May. Similar measures are being considered in other CEE countries, and CPIPG continues to engage with local authorities about measures to expedite openings while prioritising the safety of customers and tenants.

Hotels are a small portion of the Group’s portfolio by value (9%) and costs are tightly controlled. Hotels in the Czech Republic are permitted to reopen from 25 May, in time for the typical high season. CPIPG will gradually increase hotel capacity and staffing depending on the level of demand.

Rents are paid and collected on varying schedules across CPIPG’s portfolio. In the CEE region, rents are commonly invoiced at the beginning of each month and collected over the next 14 to 30 days. In Berlin, office rents are predominantly due early in the month.

In a normal environment, the Group collects between 95% and 99% of total rents due each month; unpaid rents are typically collected by our local teams after a short delay. The Group’s historical rental delinquency rate has averaged about 1%.

Governments across CPIPG’s region have enacted measures to assist commercial tenants, typically involving the ability to defer some rental payments (for closed units) until the end of 2020.

In the Czech Republic, the government is considering measures which will support a portion of any unpaid rent for premises which are closed. In Germany, landlords are prevented from evicting tenants for non-payment, but rents are still contractually due with penalty interest.

The table below reflects CPIPG’s approximate rental collections for Q1 2020 along with data for March, which shows the impact of border closures and lockdown restrictions enacted early in the month

Preliminary data for April is available only from the Group’s Berlin office portfolio, where collections were about 91% of normal. CPIPG’s asset management teams are in active dialogue to reclaim any unpaid rents; in some cases, tenants are waiting for government support. Our efforts to support tenants are being considered on a case-by-case basis and can include the retention of security deposits.

The Group acted quickly to cut costs following the outbreak of COVID-19 by reducing headcount, salaries, administrative costs and capex spending. CPIPG has about €1 billion of liquidity consisting of cash and undrawn revolving credit facilities; the Group’s remaining acquisition pipeline is small in scale. CPIPG has substantial headroom under all financial covenants, is committed to our financial policy and credit ratings and intends to maintain a strong track record in the senior unsecured and hybrid bond markets. Opportunities to enhance the Group’s capital structure, maturity profile and interest expense will continue to be explored.