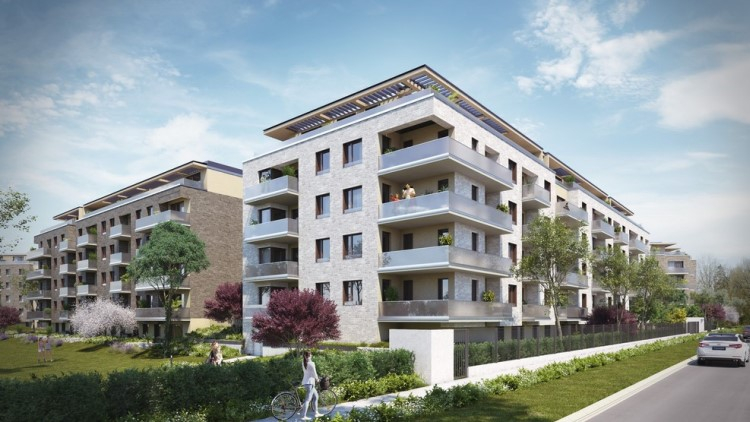 Hungarian residential developer Cordia plans to hand over a record number of homes this year in Hungary. Thanks to an expanded government family support scheme and the re-introduction of a 5% VAT rate on residential property, the company expects sustained strong demand and will therefore increase its offer by more than 800 new homes as part of several developments. Work is continuing uninterrupted while protective measures are observed, with full online customer service introduced last year.


Cordia is preparing to set a new record this year by handing over nearly 1,800 apartments, up from 1,100 in 2020. This means that one in five newly handed over homes in Budapest will be in a building developed by Cordia.

The expected record is due to the fact that construction work has not stopped even during the pandemic, although strict virus defence measures are observed, and of course, the completed apartments are handed over in a safe manner as well.

"Starting from 2016, family benefits have had a significant positive effect on the market of newly built homes, and demand will pick up even more this year due to the re-introduction of the 5% VAT rate that can also be reclaimed under specific conditions, the expansion of government family support schemes, and the fact that loans are available at low interest rates fixed for the long term," Chairman of the Board Tibor Földi said.

Cordia's offer currently comprises more than 700 apartments, of which 600 are eligible for both the CSOK family housing subsidy and the VAT refund. Of the latter category, 230 were built with at least two bedrooms to meet the needs of larger families.

"The pandemic and the resulting restrictions and changing demands have made homes in the green belt particularly popular, especially among buyers using the CSOK option. This increased interest provides a stable demand, and Cordia has responded by further expanding its offer this year. This means we will put up 820 new homes for sale in seven separate projects around the most popular locations of Budapest," Földi said.