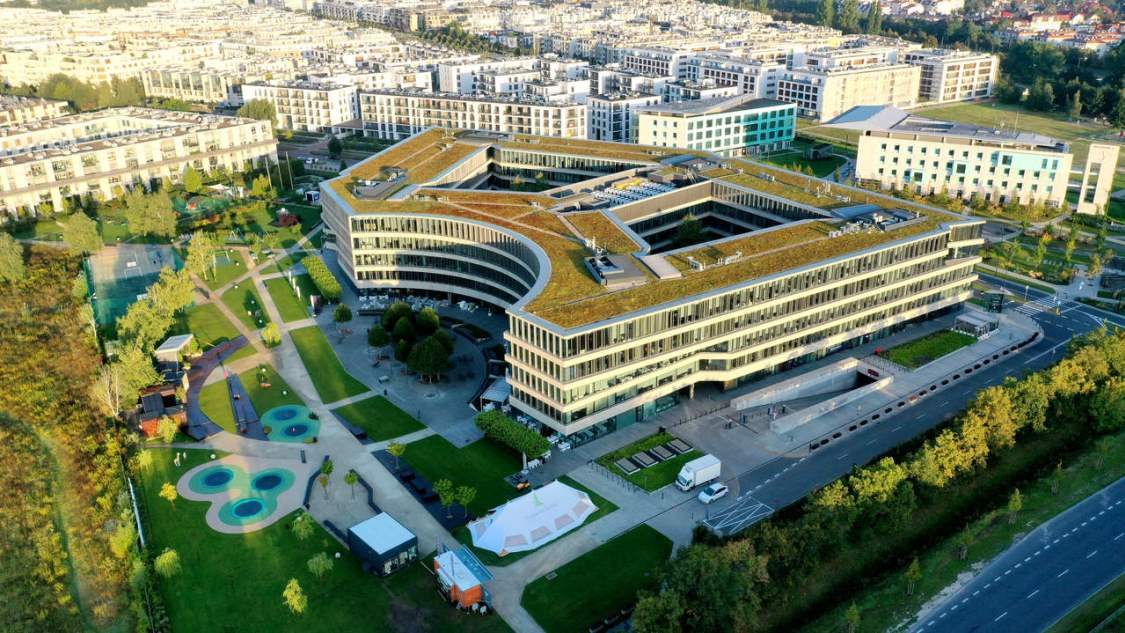 Royal Wilanów, a mixed-use building in Warsaw owned and managed by the Capital Park Group, has two new tenants. The companies LUX MED and Hilti will soon move into the building. Thanks to these transactions, the entire building is now 100 percent leased.


Hilti, a company offering comprehensive services, hardware and software for the construction industry around the world, will move its Polish headquarters to the district of Wilanów and will occupy an area of ​​over 2,600 sqm. in Royal Wilanów. During the negotiations, Hilti Polska was represented by Colliers.

LUX MED will open another medical facility there, enabling access to a wide range of specialist doctors, as well as diagnostic tests and preventive programs. This is the next stage of expanding the building's offer with healthcare services. Currently, there is a Medicover clinic and the Office Doctor team.

“The investment strategy focusing on multi-functional and city-forming projects has turned out to be extremely effective, also in the current epidemiological situation. Royal Wilanów is a typical example of a mixed-use project that managed to function really well in this difficult time,” says Marcin Juszczyk, Member of the Management Board, CIO / CFO of the Capital Park Group. “Location on the city border, proximity to housing estates, diversification of tenants and creating urban spaces for local communities cause that such buildings – regardless of the market situation – have stable revenues. Although due to their complexity they may be a greater analytical challenge for potential buyers, in our opinion they constitute a lower investment risk than single-function projects, which are less flexible in adapting the offer and operations to the temporary crisis situation of the pandemic. In the case of this property, despite the volatility on the market, we continue to attract more tenants. We maintained a high lease level – 97%, and the newly concluded lease agreements meant that at the moment all available space in Royal Wilanów is already leased out,” he adds.

Negotiations of new lease agreements continued despite the outbreak of the pandemic, which significantly changed the functioning of office buildings to date. It was necessary to implement new elements of the facility management strategy, including taking into account the necessity to maintain a sanitary regime. At Royal Wilanów, this is carried out as part of the Office+ program by the Office Doctor team, which regularly disinfects common areas and tenants’ premises. In addition, a large number of staircases and entrances, an internal patio and a vast green area around allow to spread the flow of people over a larger space. The flexibility of the HVAC systems has also become even more important than usual, as it allowed to reduce utility consumption when offices are less attended than usual.

In the case of Royal Wilanów, the trend of increasing demand for flexible, often short-term rented office space, is also clearly visible since the beginning of the pandemic. This can be seen on the example of the Bee Creative co-working space operating in this facility, owned by the Capital Park Group. It is a 650 sqm space dedicated to freelancers, small businesses and remote workers. All office space there is currently leased, and the waiting list, the number of inquiries and the demand for more workspaces are constantly growing.

Royal Wilanów is a multifunctional Class A+ building operating since 2015, with an area of over 36,800 sqm, modernly designed by the JEMS studio. Nearly 25,700 sqm of the lease area are offices, and the remaining area, situated on floor 1, ground floor and level -1 of the building is occupied by multi-functional space: services, retail and restaurants. The facility is also provided with over 900 parking spaces in a three-level underground garage. Royal Wilanów is located in the central part of Warsaw's Wilanów district - at ul. Klimczaka, in the vicinity of the District Office of Wilanów.