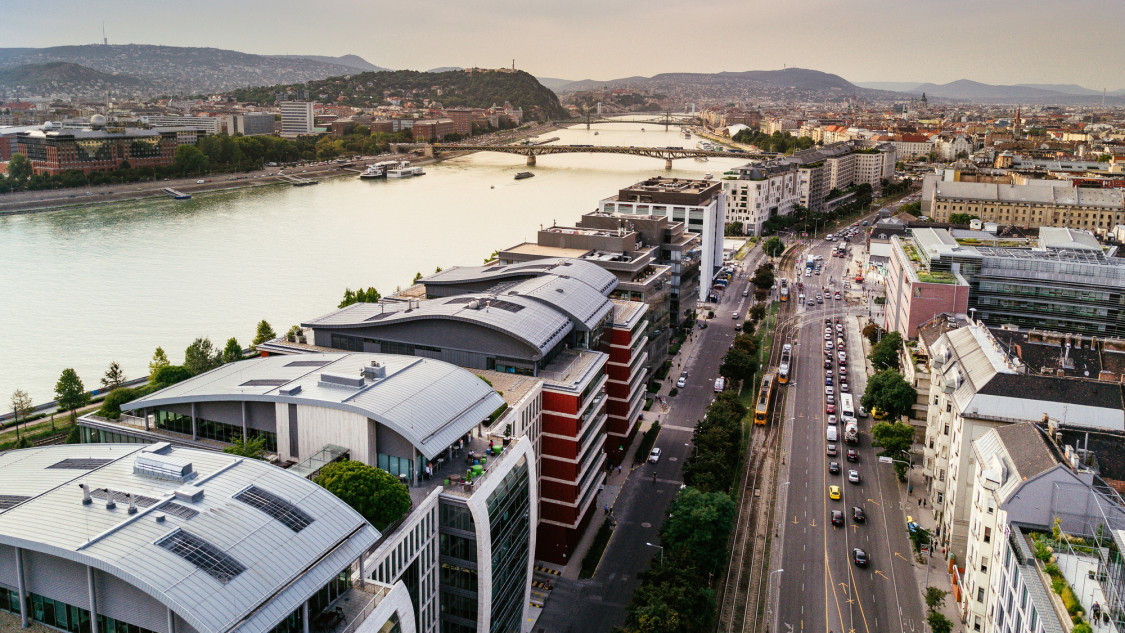 Total demand on the Budapest office market in Q2 2020 reached 87,990 sqm, representing a 46% decrease year-on-year and the number of signed transactions dropped by almost 50% compared to the same quarter of 2019, according to BRF’s latest figures.


In the second quarter of 2020, 87,750 sqm new office space was delivered to the Budapest office market in 5 buildings. Agora Tower (34,500 sqm) and Váci Greens F (25,050 sqm) were handed over in the Váci Corridor submarket. The first phase of Arena Business Campus (20,400 sqm) was completed in Non-Central Pest, additionally, Kálmán Imre 20 (2,300 sqm) was added to the stock in the CBD. The owner-occupied office stock was extended by the new HQ of Market Zrt. (5,500 sqm).  Meanwhile, an office building with 8,445 sqm in the CBD was excluded from the modern stock due to a change in its functional profile. 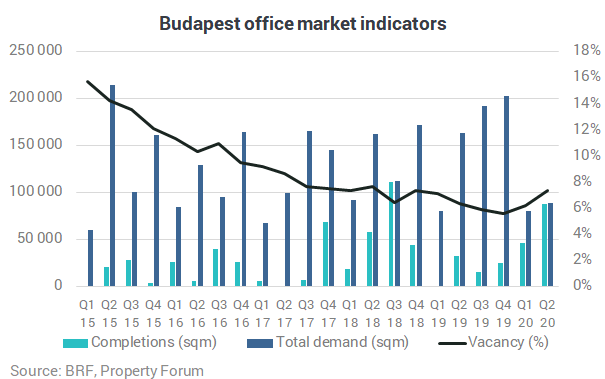 The office vacancy rate has increased to 7.3%, representing a 1 p.p. increase quarter-on-quarter, and a 1.1 p.p. growth year-on-year. The lowest vacancy rate of 2.8% was measured in the North Buda submarket whereas the Periphery still suffers from an overwhelming 33.6% vacancy rate. The net absorption in the second quarter amounted to 31 430 sqm.

The Q2 2020 office market statistics already reflected the economic restrictions triggered by the COVID-19 pandemic. Total leasing activity decreased considerably as the number of transactions showed a significant reduction. Based on headline rents in the current availability, only minimal rent correction has been registered, mainly in Class B office schemes.