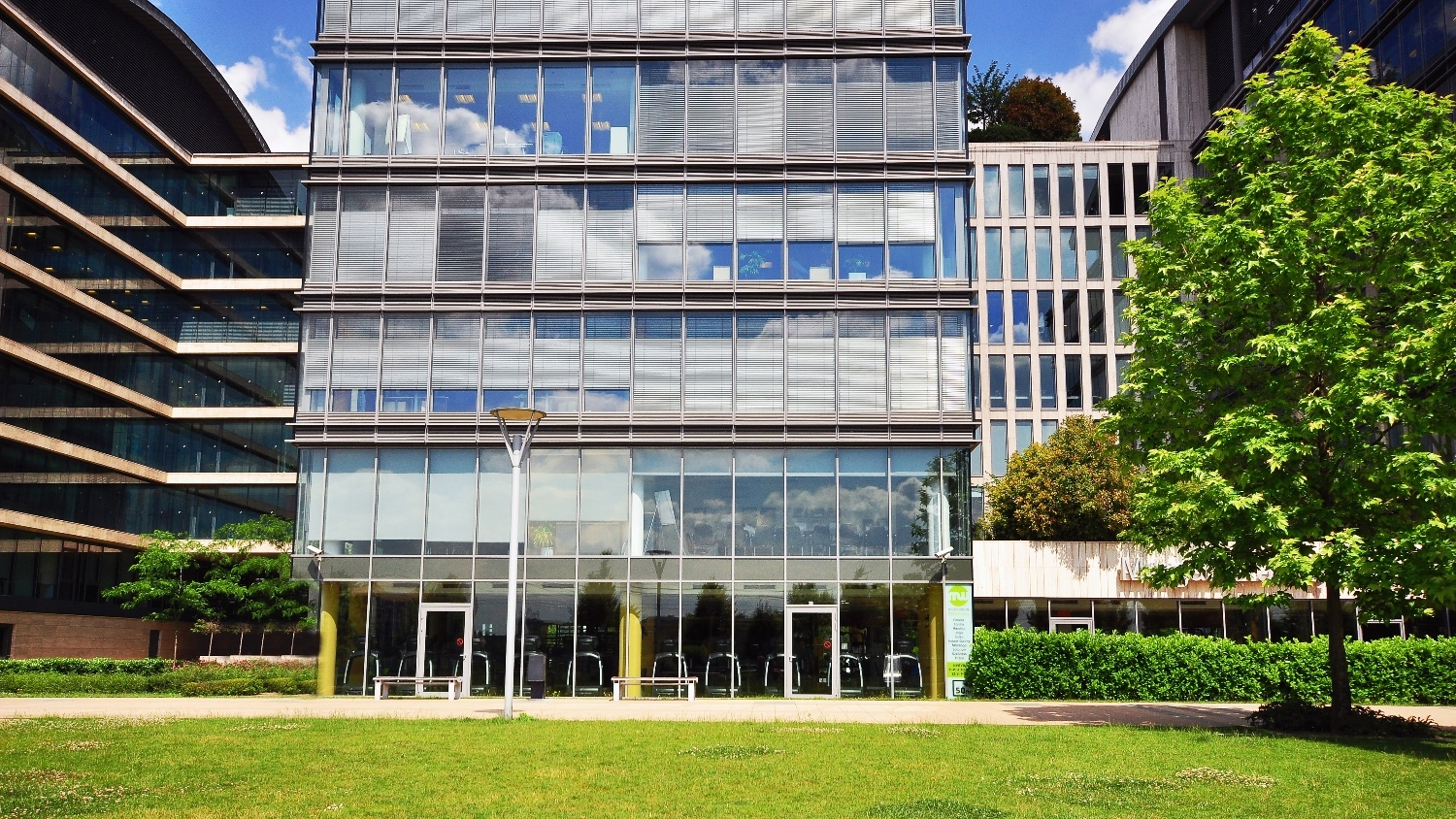 Total demand on the Budapest office market reached 86,310 sqm in Q4 2020, representing a 57% decrease year-on-year. The vacancy rate has increased to 9.1%, representing an increase of 1.0 p.p. quarter-on-quarter, according to BRF’s latest figures.


In the fourth quarter of 2020, 38,850 sqm of new office space was delivered to the Budapest office market in four schemes. Váci Greens E (22,460 sqm) was handed over in the Váci Corridor submarket, the Szervita Square building (8,450 sqm) was completed in the CBD and the Alphagon office building (4,690 sqm) was handed over in the South Buda submarket. In addition, the office component of Csalogány 43 (3,250 sqm) was delivered in the Central Buda submarket. 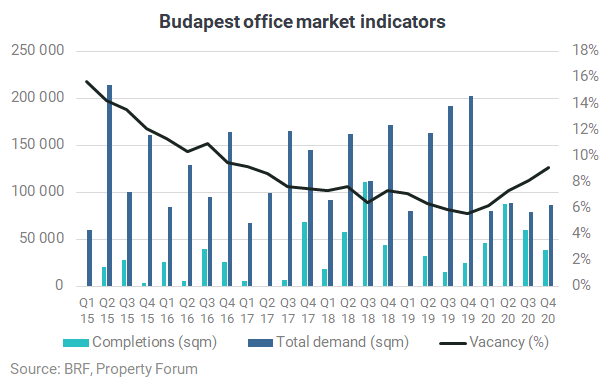 Net absorption dipped into negative territory during the quarter, as the total occupied stock decreased by 5,100 sqm.

Total demand reached 86,310 sqm in Q4 2020, representing a 9% increase quarter-on-quarter, however, it is a 57% decrease year-on-year. Renewals still made up the largest share of total leasing activity with 44%, followed by new leases in the existing stock with 42%, while expansions of existing premises and pre-leases in new developments amounted to 7% of the total demand, each.

The strongest occupational activity was recorded in the Central Pest submarket, attracting 20% of the total demand. The CBD submarket ranked second in this respect, attracting 17% of total demand, followed by South Buda with 16%.

According to the BRF, 111 lease agreements were concluded in Q4 2020; the number of signed transactions dropped by 35% compared to the corresponding quarter in 2019. The average deal size amounted to 778 sqm. The BRF registered 10 transactions concluded on more than 2,000 sqm office space, including one pre-lease, one expansion, four renewals and four new leases.

The largest transaction was a new agreement signed for 4,590 sqm by Diligent Corporation in the Szervita Square office building. The largest renewal was a similarly sized, nearly 4,560 sqm deal in the Arena Corner, while the largest pre-lease deal was concluded for 3,660 sqm of office space in the Millennium Gardens development.

The Q4 2020 office market statistics continued to reflect the economic changes triggered by the COVID-19 pandemic, as the demand volume lagged behind the norm of previous years and the number of transactions declined.