Bratislava's office market reports one of its strongest quarters 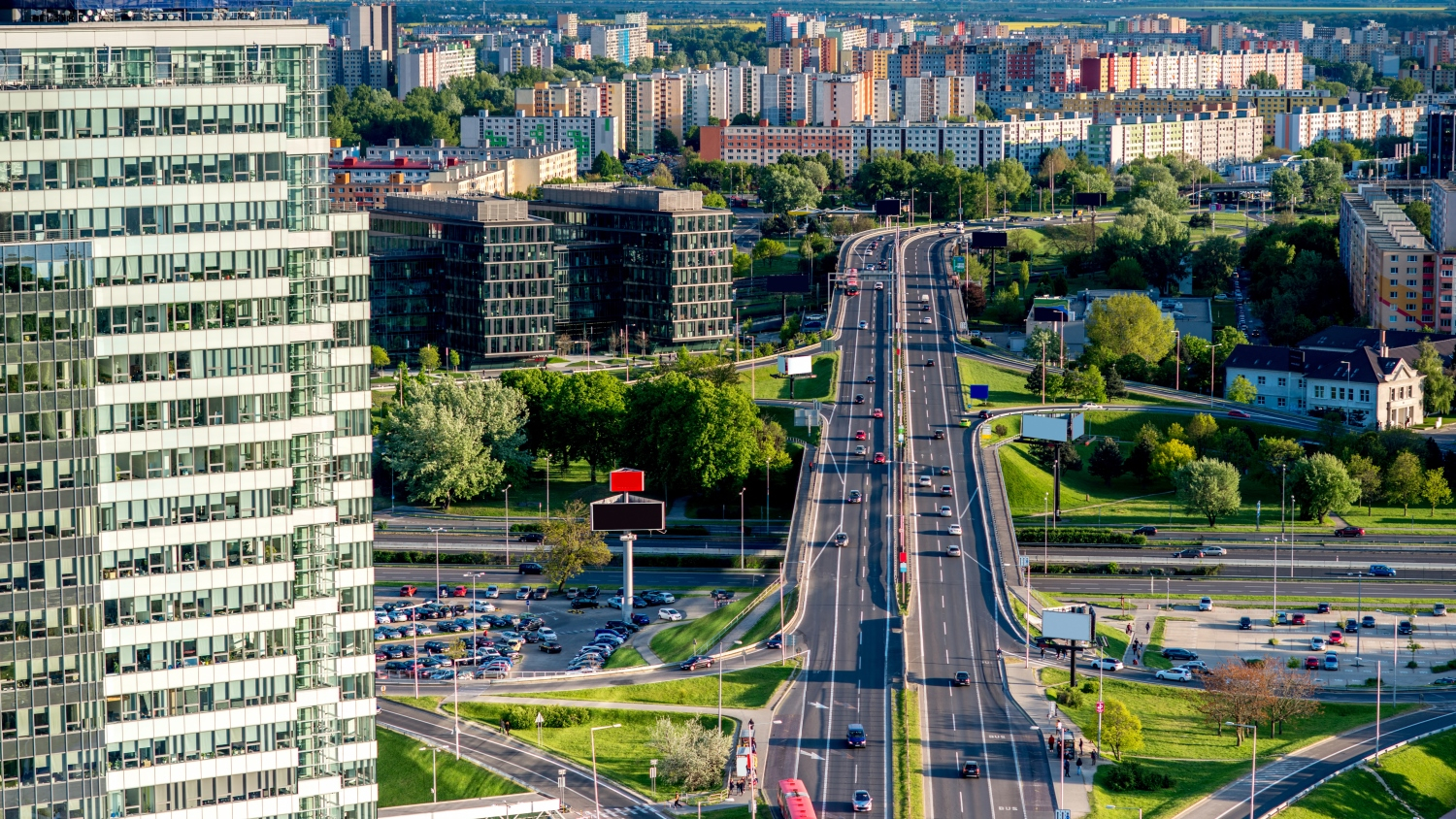 
Office market: Supply-side shortfalls and rising prices take over as the main themes of the quarter

The office market saw one of the strongest quarters yet as take-up soared. In the fourth quarter, take-up hit a record high with the total leased amount of 97,900 sqm, representing impressive year-on-year growth of 49.7%. The public sector took lead in the office demand in Bratislava as a significant new lease was signed in Tower 115, representing 21,500 sqm out of the total 53,300 sqm of new leases signed. Additionally, 23 other deals exceeded 1,000 sqm. New leases have surpassed renegotiations for the fifth quarter in a row, supporting the trend of occupiers seeking newly built office buildings to relocate. As a result of these relocations, which happened at the expense of the previous generation’s projects, we expect developers to refocus on leasing these second-hand office spaces in the upcoming year. Bratislava saw the completion of one new project in the fourth quarter, Galvaniho V, which increased the total stock by 15,900 sqm. Total occupied space grew by 26,700 sqm, the most in the last three years with absorption surpassing new supply. As a result, the three-year trend of rising vacancy rate has reversed as the fourth quarter recorded a modest decrease to 11.7%. All of this indicates one of the strongest quarters we have seen recently in all indicators.

The investors increasingly demand income security, yields remain in a downtrend. Prime rent remained stable at €16.50 per sqm per month as occupiers whose business thrived during the pandemic looked for modern office space in prime locations. Recently closed and ongoing transactions in this sector confirm the narrowing of prime yield which reached 5.25% and we expect further yield compression during 2022. Investors increasingly demand income security, so a product with long WAULT and high occupancy is especially attractive in a tenant’s market

11 new foreign brands opened their shops in 2021, leasing activity rebounds. Despite the impact of the pandemic on the performance of shopping centres, new schemes have been opening across Slovakia. In September, the Eperia shopping centre was expanded by approximately 11,000 sqm, competing for Prešov consumers with Novum Prešov, which has been open since October 2020. A new major shopping centre was added to the map of Bratislava retail after the opening of Nivy, which should also have an impact on the performance of surrounding projects and regroup existing consumers among them. Eurovea 2, which is expected to open in the spring of 2023, is now the only large-scale retail project under construction in Bratislava. Promenada shopping centre in Nitra with 26,000 sqm of leasable space is expected in the first half of 2022. Some projects in the planning phase face the problem of rising prices for building materials, which reduces their potential profitability. Unclear communication from the Government about the reopening before Christmas led consumers to opt for online shopping. Tenants can no longer draw subsidies in the form of rent relief, and pandemic aid to businesses has been reduced as well. However, we record bigger stability as the leasing activity rebounds. Slovakia retail market welcomed 11 new foreign brands, 8 of which opened in Bratislava and the rest in Novum Prešov.

The investors take advantage of competitive retail yields. The main Bratislava shopping centres maintain a rather stable level of rents with individual agreements on eased contractual terms that result from the difficult situation of tenants during the pandemic. Popular measures include turnover rents, step rents or fit-out contributions due to the depleted financial reserves of tenants. Income difficulties due to past lockdowns have made shopping centres harder to sell, especially taking into consideration the uncertainties stemming from the opening of new schemes. Prime rent for shopping centres remains at €65 per sqm per month. Prime yield also remained at 6.00% as we record a healthy appetite for retail assets across the country mainly from domestic investors. Retail parks and standalone retail warehouses continue attracting the attention of investors, creating pressure on yields with prime retail park yield attacking 7.00% in the fourth quarter with the potential of further narrowing.

The vacancy rate decreased despite growing stock, speculative construction remains on the rise. The total industrial stock grew by 6% year-on-year as the construction boom continued. There are currently 18 buildings under construction, representing a new record with a total leasable area of 391,600 sqm, confirming the growing interest of occupiers for modern industrial projects. We saw several completions, in particular, the 13,000 sqm extension of the largest industrial park in Slovakia, Prologis Park Bratislava, as well as Panattoni Park Košice Airport with the leasable area of 10,000 sqm. Although new supply in 2021 reached a solid 193,600 sqm, we recorded a continuous decline in vacancy rate over the past year, totalling an approximately 2 pp drop to 6,71%. This was mainly due to high demand, fuelled by the manufacturing and logistics sectors, thereby boosting gross take-up which grew by 188% quarter-to-quarter to 172,000 sqm. We saw a rebound of renegotiations in 2021, which accounted for one-third of total take-up. Several major renegotiations occurred in the fourth quarter, mostly in the car manufacturing sector.

Stiff competition limits rental growth, yield compression continues. The stiff competition in the Slovak industrial market has prevented a meaningful rental growth during the recent industrial boom, although the rising construction costs, as well as the spillover effect from the rising rents in the neighbouring markets, might indicate a similar trend in Slovakia in the coming years once the immense pipeline is delivered on the market and the land for development is exhausted. However, higher headline rents can be achieved in attractive submarkets with currently limited supply, including Bratislava city logistics or Bratislava D2. Landlords are compelled to offer considerable incentives to attract large occupiers seeking to enter long-term contracts. Yields are narrowing as the international investors’ appetite for competitive yields in Slovakia soars. We expect the industrial real estate market to keep on expanding due to booming e-commerce and announced investments from the existing carmakers, securing their presence in the medium term.