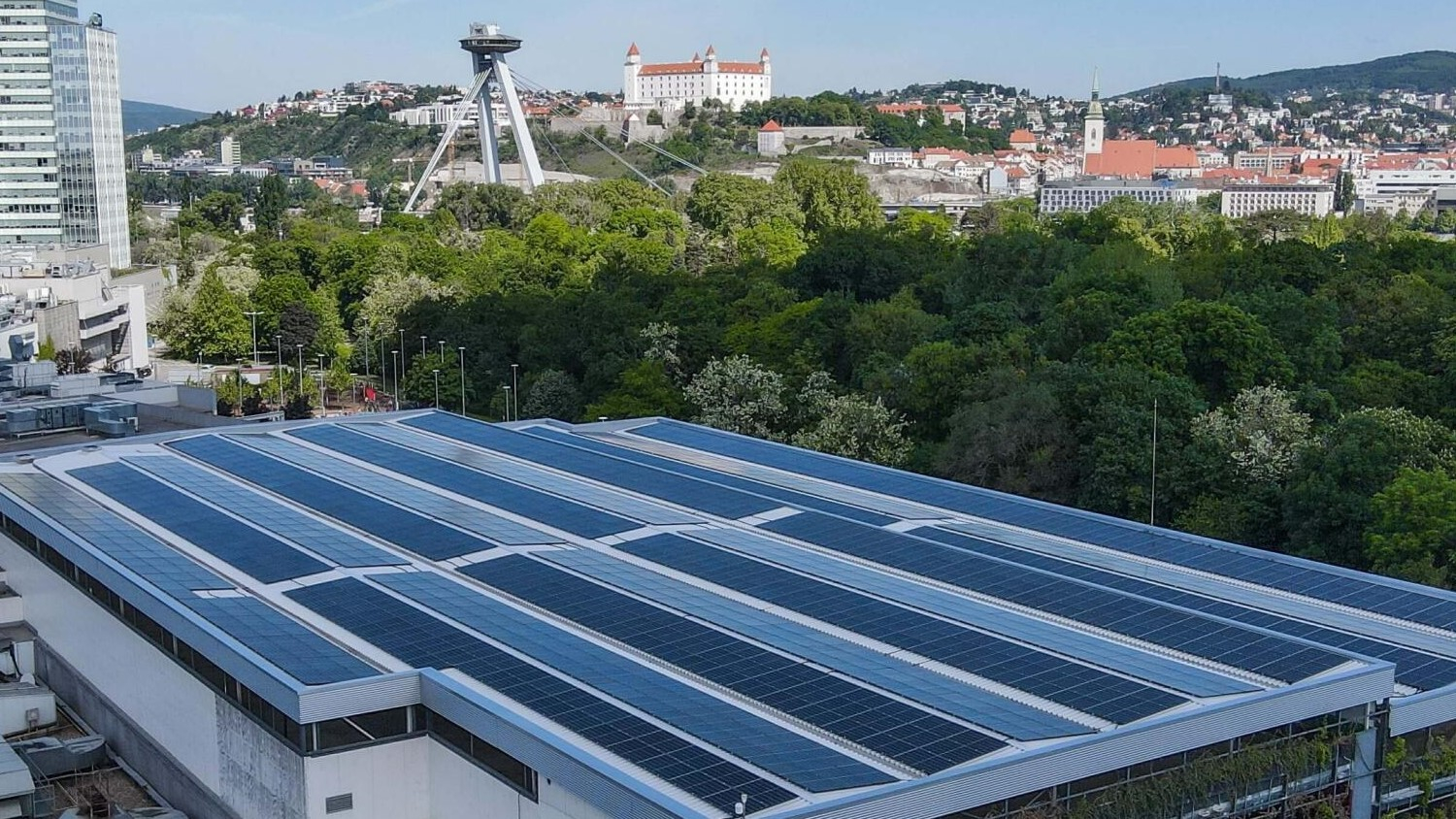 Bratislava's Aupark shopping centre, owned by Wood & Company and Unibail-Rodamco-Westfield, is adding another step to improve its sustainable management. In addition to sorting, low-energy lighting and water conservation, it is now installing hundreds of photovoltaic panels on its roof. The owners are hoping to make significant savings in energy resources, most notably saving 100,000 cubic metres of natural gas per year, reports the online daily Reality.trend.sk.


The Aupark shopping centre in Bratislava, which applies a number of environmental measures and is therefore also a BREEAM certificate holder for its building sustainability system, is now adding photovoltaics. In addition to waste sorting, low-energy lighting and water conservation, it has now added significant energy savings. It has installed 1,272 photovoltaic panels on the roof of its car park, which is part of the centre, with an output of almost 500 kWp. The owners of the Aupark, which has 60,000 sqm of space and 231 retail units, expect the panels to generate 550 MWh of electricity per year from solar radiation.

"High energy prices significantly shorten the return on the investment in photovoltaic installations. However, besides the economic aspect, the environmental impact and the continuous reduction of dependence on non-renewable energy sources are also important for us. At a volume of 550 MWh, this corresponds to the consumption of about 100,000 cubic metres of natural gas, 250 tonnes of CO2 and hundreds of kilograms of other emissions that would be generated annually from the production of electricity from this commodity," says Lukáš Palaščák of Wood & Company, which owns Aupark together with the Unibail-Rodamco-Westfield group. The Wood & Company group also sources green electricity exclusively from renewable sources for other buildings in its portfolio and plans to continue this trend.