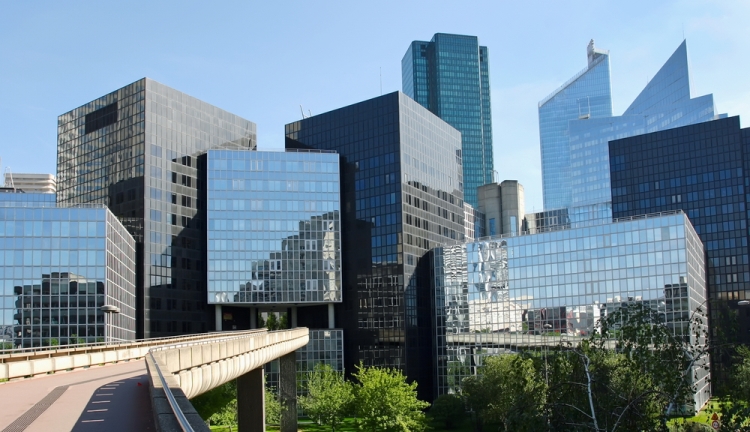 BNP Paribas Real Estate generated revenues of €704 million in 2016 and announced a net profit of €155 million before tax. Nearly half (43%) of revenues came outside of France.

“For BNP Paribas Real Estate, 2016 was a year of earnings growth, with €704 million revenues and €1550 million net profit before tax. Despite the difficult geopolitical environment in 2016, real estate markets have generally held up well. All our business lines are progressing as a whole. In 2017 we are to start implementing our 2020 development plan that structures and crystallises our ambitions for each of our business lines and uses digital to develop new service offers. With respect to our central functions, early-2017 has seen the creation of two new departments: an Innovation department and a Data department,” comments Thierry Laroue-Pont, Chief Executive Officer of BNP Paribas Real Estate.
Investment Management
With revenues of €98 million, this business line saw inflows of over €1.6 billion of new cash in funds in 2016. In addition separate accounts/mandates of € 1.3 billion were realized. At the end of the year, it managed €24.1 billion of assets in Europe (+€2.1 billion vs. 2015), of which 73% on behalf of institutional investors. A transaction volume of about €3.9 billion was generated (investments and divestments), a record high.
Property Management
Property Management revenues came to €94 million in 2016. The number of sqm under management is up 4.5% with 38 million sqm of which 56% offices and 26% logistics, while 40% is in France and 60% abroad. Property Management enjoys a leadership position in mainland Europe for tertiary real estate, and an optimal regional coverage in Europe, established in 14 countries and 58 cities.
Advisory (Transaction, Consulting and Valuation)
In 2016, revenues generated by the Advisory activities came to €314 million. As such, in Transaction, 6.2 million sqm of commercial property were leased or sold in Europe thanks to 3,850 commercial property transactions performed. Investment came in at €19 billion.
In Valuation, the business is predominantly in France (46%) in terms of revenues, followed by the UK (24%). The value of assets valued in the 12 countries where this business operates totalled €289 billion, representing about 130 million sqm.
Consulting has three main types of services: Real Estate Advisory for occupiers (69%), Building Consultancy (project management, feasibility and opportunity research) with 15% and Outsourced Real Estate Management with 16%.
Office Property Development
In 2016, the business volume came to €692 million, with 154,000 sqm of completions. Among the major schemes completed in 2016 were Tiburtina (Rome), 43,800 sqm, Luxembourg Kirchberg (Luxembourg) 50,000 sqm and Unicity (Levallois-Perret) 36,000 sqm. As of January 1, 2017, 178,500 sqm of offices were under construction in Europe.
Prospects
“Our 2017 ambitions for our business lines are clear. We notably expect growth in Investment Management, mainly due to a robust level of activity in France and Germany, as well as the forthcoming launch of the NEIF 3 fund. Recent pan-European mandates for Property Management, such as that signed with Logicor for over 1 million sqm, should contribute to the growth that we expect for this business line. We also have major ambitions for our Advisory businesses for which we expect to at least match 2016 revenue. In Office Property Development, we plan to launch 10 or so schemes in France and Continental Europe. Our development strategy on this business line is based partly on researching substantial mixed schemes involving commercial/residential/hotel real estate in Ile-de-France and the regions and partly on our expansion in Europe. Lastly, we plan to start 2,300 homes in Residential” concludes Thierry Laroue-Pont, Chief Executive Officer of BNP Paribas Real Estate.