Are Czech cities smarter than Hungarian ones? 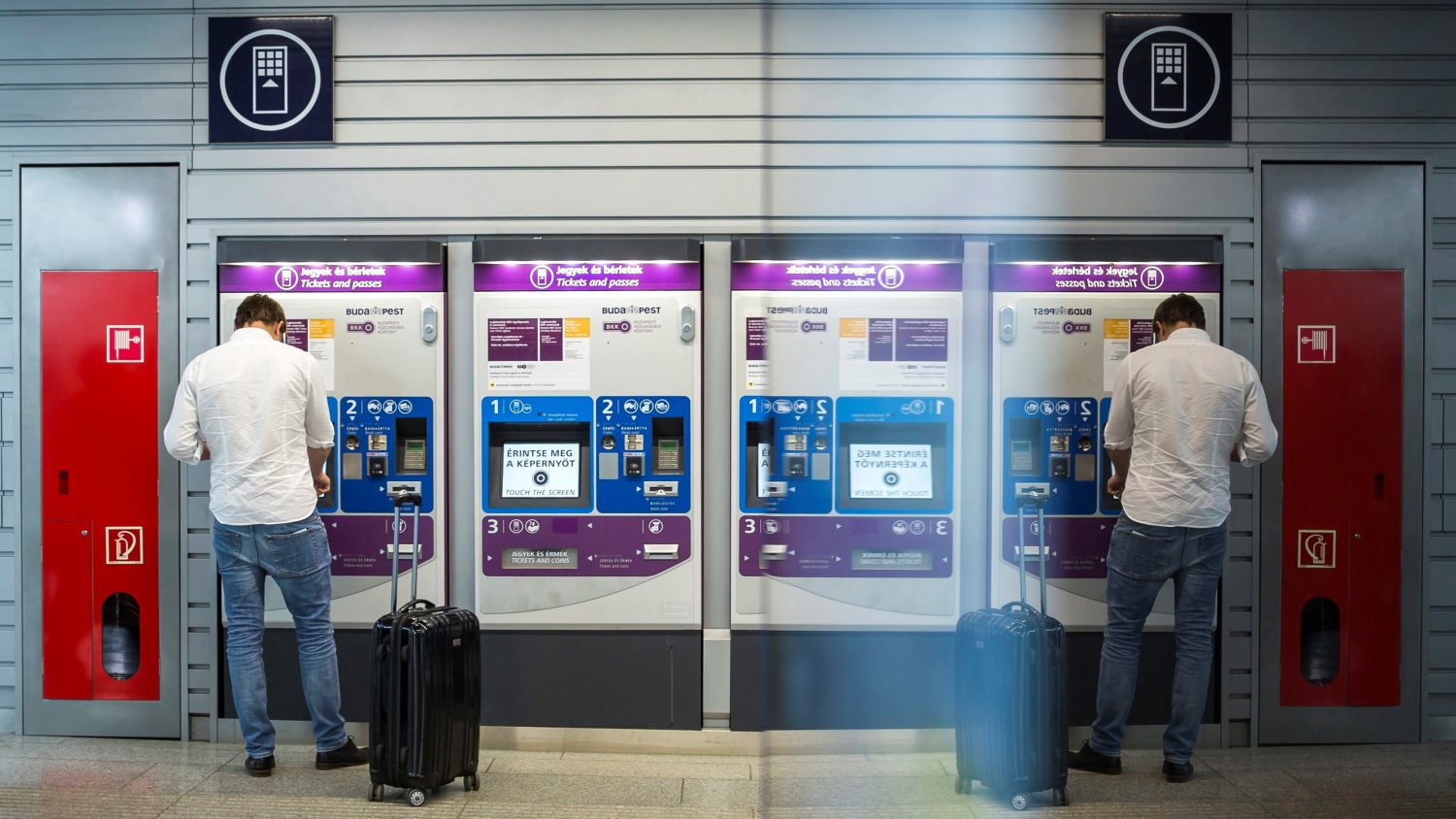 Bank cards play an increasingly bigger role in every aspect of our lives and passengers in CEE countries are becoming increasingly open towards using electronic payment solutions to pay for public transport services. Frantisek Jungr, Senior Business Development Manager for the CEE Region at Visa Europe talks to Property Forum about the experiences he gained during the implementation of electronic ticket systems in the Czech Republic, and while learning about the Czech examples, we also examine the shortcomings of Budapest’s current and future ticket system.

Smart solutions on a small scale
The implementation of an electronic ticket system in Ostrava, the third biggest city of the Czech Republic started in June 2016 as an adaptation of the London model, Frantisek Jungr says. When, a few years ago, the idea was first proposed to the leaders of the Czech city, they were at the best skeptic about implementing a payment system working in a metropolis with millions of citizens in a city having a population of 300,000. But time proved that the success of electronic ticket systems does not depend on the number of citizens.

A truly smart public transport system is flexible, which means that a contactless bank card can be used to buy and use all types of tickets and passes. But, to successfully implement a system, you don’t necessarily need to replace all paper tickets right away.  Different cities all over the world – including in the Czech Republic – started their journey of implementing their electronic ticket systems in different ways.

To start with, Ostrava wanted to provide an alternative method for the buyers of single tickets, and, following preparations throughout one and a half years, card reader terminals were installed at all 2,200 doors on all 700 public transport vehicles in the city. Moreover, the project was implemented using only EU funds.
All passengers have to do is tap their cards on the reader each time they get on the vehicle – and also when they take off if their travel time is below 10 minutes –, and the system will deduct the fare. A journey that takes less than 10 minutes costs CZK 14 (approx. €0.53, the price of the paper ticket is €0.61), and a journey of 45 minutes – with changes – costs CZK 20 (approx. €0.76, whereas a paper ticket that costs CZK 20 can be used for a 30-minute journey). Those who use contactless cards to pay for their journey don’t have to ponder over whether it’s worth buying a day ticket as the system deducts a maximum of CZK 80 (approx. €3, the price of a day ticket) within a 24-hour period from their account. During its 9 months of operation the system has surpassed expectations as 2 or 3 months following its launch the number of people who used bank card for their travel exceeded the number of those who bought tickets using mobile phones. The next step will be the extension of the electronic system to passengers who buy their passes at the sales points and online.
In Brno, the second largest city of the Czech Republic, an electronic ticket system was introduced at the beginning of 2017. The city used a different approach and for the time being only pass holders – amounting to about 80 percent of all passengers – can enjoy the benefits of their bank cards. The system has a very user-friendly feature (and it is already more advanced than the system to be introduced in Budapest in a few years). There’s no need to buy a special card, the pass can be “uploaded” to the bank card, and the price of such pass is lower than that of the traditional paper passes. A couple of months ago a new electronic system was introduced in Děčín, a much smaller city with a population of just 50,000. According the Frantisek Jungr, the system is a complex solution even in a global comparison. The card readers installed at the front doors of all 57 buses of the city were renewed, and passengers can use bank cards, newly introduced prepaid cards and smart bracelets to pay for the journey – be it a single ticket or pass. Previously only passes were available electronically and they had to be stored on dedicated special cards. In addition, the system in Děčín has a solution for buses that crosses the city border: passengers can use their electronic wallet upon getting on, but, as the system has not been implemented in the urban agglomeration yet, the terminal prints a paper ticket for them.
Closed or open system?
A major disadvantage of a closed system is its inflexibility and the strong dependence on the implementer: all development work is likely to be wasted when a major change has to be implemented following the installation of terminals capable of reading only one type of closed system card, Frantisek Jungr explains. The benefits of a bank card based open system include the relatively cheap and easy management of changes, and the easy integration of even smarter solutions that may appear in the future.
The case of implementing an electronic ticket system is justified by multiple factors, including making users’ lives easier and its quick pay-off often already in the mid-term due to the fact that, in addition to disposing paper tickets, the elimination of own-produced cards also helps reduce costs and thereby shorten pay-off time. Based on experiences gathered from cities around the world, the introduction of a smart system also improves willingness to pay as many fare dodgers are inclined to travel without paying because of the complicated process of ticket buying. While in a city where a smart system will be built from scratch the introduction of a bank card based open system may seem a logical decision, the Centre for Budapest Transport (BKK) focuses on personalized closed system cards, but truth be told, according to plans presented so far, contactless cards will also be part of the system called RIGO. Visa has consulted multiple times with BKK on the introduction of the new system where integration of bank cards is a key goal. While a system combining both elements fully meets the requirements of the era, it is more expensive to build than a simple open or closed system, Frantisek Jungr adds. He believes that a good e-ticket system does not limit the use of bank cards, meaning that the system enables storage of all types of tickets and passes on the cards.
There is much to learn
While the above mentioned solutions are very advanced technologically, Hungary's public transport tariff system could largely be improved without mega investments and installation of card reader terminals by simply adopting some of the Czech models, in particular time- and zone-based pricing.
One of the biggest problems with the tariff system used in Budapest and other large Hungarian cities is the inflexibility of single tickets: the single journey based pricing is much less fair and user friendly than time-based pricing. One can rightfully ask why one has to pay the same fare for two stops as for a one-hour journey between the two terminals of a cross-city bus line and why a 15-minute journey is more expensive than another one just because it involves a change?
The lack of integration between zones and service providers can also deteriorate the competitiveness of public transport. People commuting between different municipalities are forced to walk a lot or spend more money simply because their pass is only valid for specific trains or buses and not for the distance between the two municipalities to be covered by means of public transport.
The only positive Hungarian example for the integration between service providers is the Budapest pass that is valid on BKK vehicles, and also on long distance buses and trains within the city boundaries. Sadly, the extension of this cooperation beyond the borders of Budapest seems to be an unattainable goal for the time being, but the really big question will be raised with the introduction of the electronic ticket system. One can only hope that decision makers will eliminate the problems arising from reading electronic tickets and passes on long distance buses and trains by deepening and not ending integration.

Although the focus above was on locals who use public transport on a regular basis, electronic ticket systems are also very helpful for tourists and occasional users of public transport as in most cities of the Czech Republic (just like in Budapest a few years ago) one can buy single tickets only from not very user friendly ticket vending machines installed in major stops which only accept coins. (On this basis, Budapest has already taken its zeroth step towards the 21st century as passengers can use their bank cards in many stops to pay for their travel.)
After reading about the inspiring Czech examples some “reassurance” can be found in the fact that the current payment system in Prague, a city of similar size as Budapest, is not very smart either. Although the city tried to introduce a closed card system for the storage of monthly and annual passes, it became known of the related corruption rather than its success.