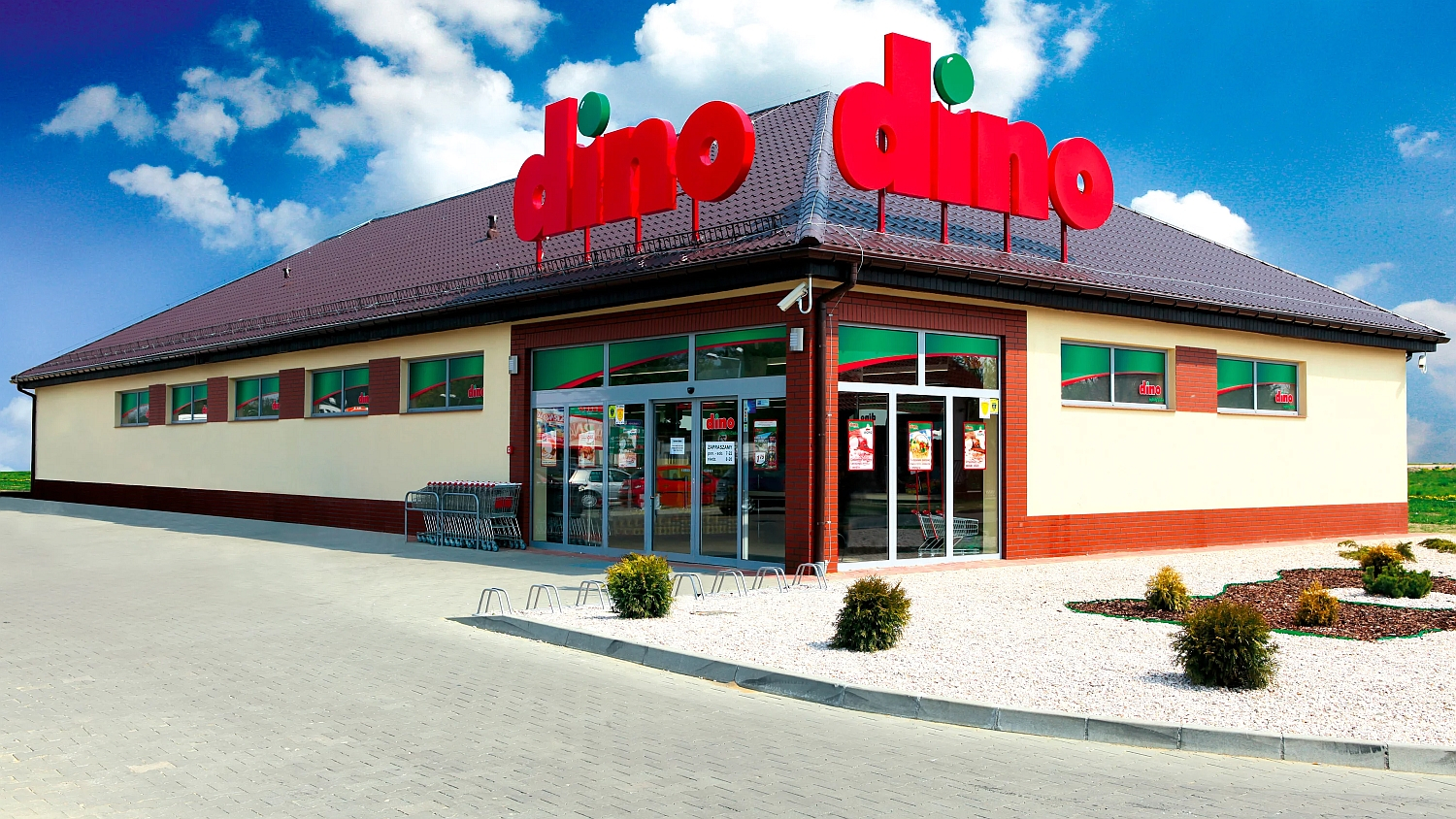 
At the end of Q1 2021 the Company had a total of 1,532 stores across Poland, signifying 24.1% growth on a year to year basis. The Dino store network has nearly doubled in size over the last three years.

“Our dynamic rollout is our response to consumers’ evolving needs as they want to do their daily grocery shopping close to home. On top of conveniently located stores we offer them constant access to fresh products at very attractive prices, which we deliver to our stores every morning”, says Izabela Biadała, Dino Polska Management Board Member.

In parallel with its store network rollout, the company is continuing to make environmentally-friendly investments. It is standard practice for new stores to be outfitted with PV panels enabling them to take advantage of electricity from renewable sources. Similar solutions, though to a significantly greater extent will also be used on the company’s distribution centers, also on the rooftops of two new distribution centers that will be opened this year and that will support the further geographic expansion of Dino Polska S.A.

“We have ambitious plans when it comes to our network’s further development. In 2020 we opened a record-breaking number of 255 stores. This year we intend to increase that number significantly. That way we will not only be closer to our customers but we will also become a more attractive partner for smaller, regional food producers on account of our growing business size in various regions around the country. Closely cooperating with them has always been the foundation for building the product offering in Dino stores. This year, in connection with the opening of two distribution centers, we will be able to offer these producers many new growth opportunities”, says Michał Krauze, Management Board Member of Dino Polska S.A.

Its rapid business development calls for Dino Polska to incur significant capital expenditures. In Q1 2021 they hit record-breaking levels in the company’s history coming in at PLN 367 million. This has made it possible to create another 1,125 new jobs, with the Dino Group’s overall headcount at the end of March 2021 climbing to nearly 27 thousand people.

“We are pleased that we have been able to execute our strategy consistently. New Dino store openings generate extensive interest, which we treat as trust in our brand. The rapidly growing like-for-like sales ratio in our current stores also speaks to this trust. In the first three months of this year it was 7%”, adds Michał Krauze, Management Board Member of Dino Polska S.A.

LFL sales growth combined with the increasing number of Dino stores contributed to Dino Polska growing its total revenue in Q1 2021 by 24.3% y/y to PLN 2.76 billion. Our EBITDA result increased 27.7% to PLN 243 million.