€100 billion to be spent on large-scale Polish projects 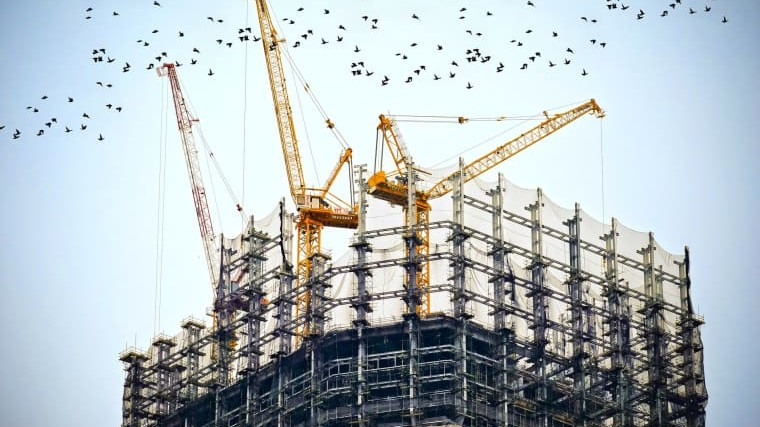 Despite the fact that the Polish construction market is projected to grow at a slower pace in the coming years, investment potential remains considerable for most of the regions. The total value of the 960 largest investment projects underway or planned in Poland is estimated at a staggering PLN 420 billion (€100 billion), i.e. nearly twice as much as the annual value of the construction market as a whole, according to the findings of the latest report from research company Spectis, “Construction market in Poland 2019-2025 – an analysis of 16 regions”.


The list of 960 investment projects that will exert the strongest influence on the situation in the local construction markets includes €24 billion worth of projects underway and projects in the design or planning stage totalling €76 billion.

The study focuses on the top 60 projects in each of the voivodships: 30 building construction projects and 30 civil engineering projects. The value of projects covered in the report amounts to as much as €104 million on average: the average figure for buildings stands at €50 million, and it is a whopping €160 million for civil engineering structures.

A review of feasible investment plans (disregarding potential though still uncertain megaprojects) identifies the Mazowieckie and Pomorskie voivodships as the leaders (around €12 billion worth of projects in each of these regions).

Key segments in the Pomorskie voivodship include power engineering construction (including some of Poland’s first-ever offshore wind farms), water structures (mostly projects at Polish harbours and a shipping canal through the Vistula Spit), railway construction and road construction. The region’s investment potential is further boosted by both commercial and residential construction projects.

The following positions, in terms of total value of projects, are occupied by Zachodniopomorskie (€9.2 billion), Slaskie (€8.5 billion) and Malopolskie (€7.8 billion) regions. It should be noted that the high position of the Zachodniopomorskie region is mainly attributable to the civil engineering sector – besides major road projects, there are large-scale projects in the broadly-defined power and industrial construction segment as well as major bridge and tunnel projects planned in this voivodship. Segments in the Silesian region which are expected to witness the most robust construction activity include railway and road construction, though industrial-warehouse, public and office construction sectors will thrive as well. In addition to road, railway and bridge-tunnel projects in Malopolskie, the region will also see a lot of activity in the office and residential segments.

Although the so-called Poland B falls behind in terms of projects underway or planned when compared to Poland A, Spectis researchers expect a marked investment upturn in three regions of Eastern Poland: Lubelskie, Podkarpackie and Podlaskie. It will be mostly driven by major civil engineering projects, in particular those in the road construction segment.

As highlighted in the report, projects to be implemented by the private sector are significantly more likely to succeed. In all probability, some of the civil engineering projects planned are at risk of not being implemented at all, as shown by history. Alternatively, they may be delayed by several years.