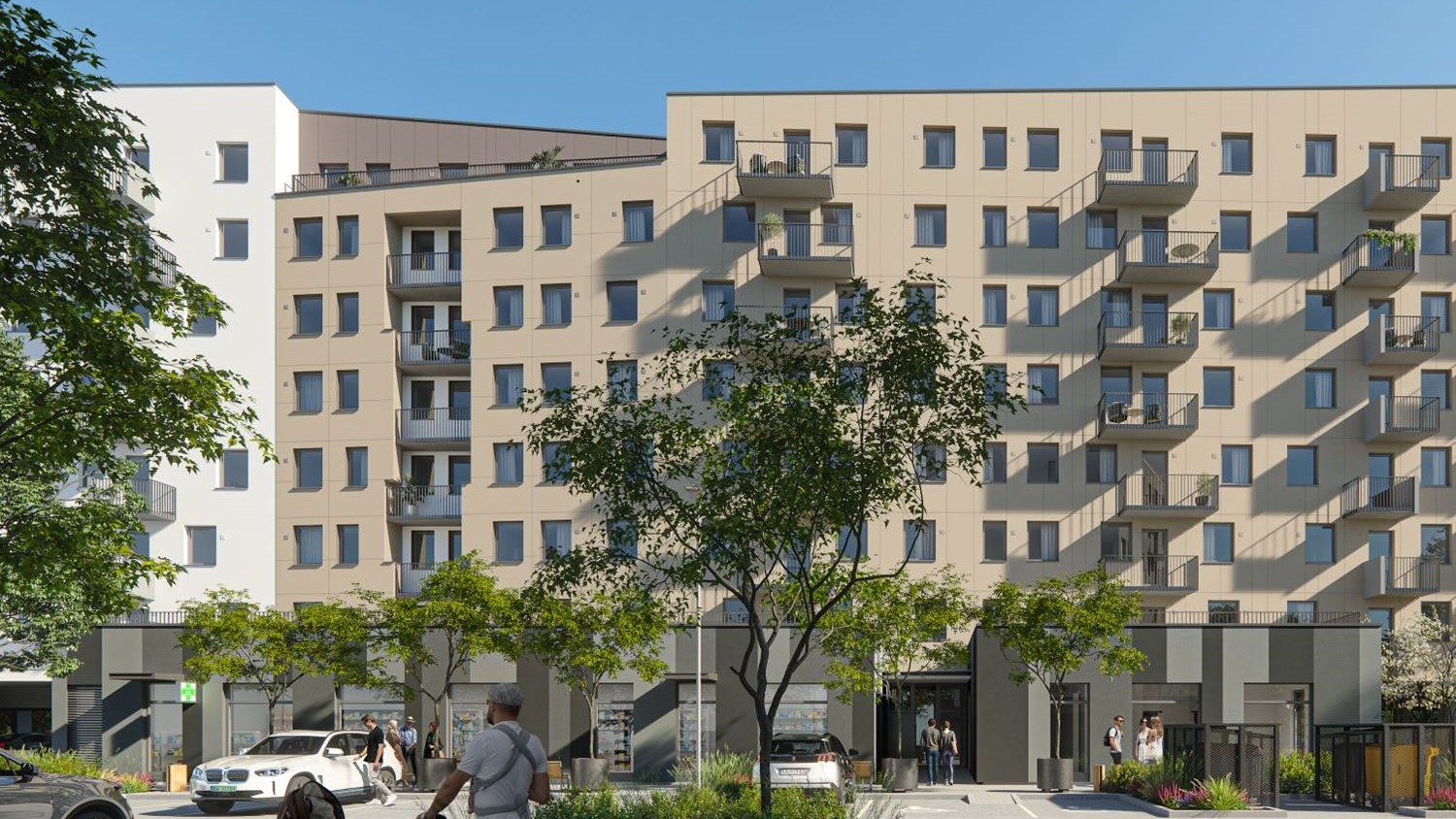 Nearly 100 more apartments for young people are being built in Bratislava's Ružinov district as part of the NUPPU project. The YIT Slovakia development group continues the project's construction with the next stage, Magnolia 2, the company confirmed to Property Forum today.


As part of the new stage of the NUPPU project, the developer YIT will build on the previous stage, Magnolia 1, which is currently being completed, and construct Magnolia 2 with additional 95 residential units. Construction in this project is primarily aimed at youth housing and offers a new apartment furnishing service. The earliest completion date is now scheduled for February 2024. A total of 188 units from several stages are now on offer on the developer's website for the NUPPU project, nevertheless, the final number of all completed flats should be about one thousand, said today to Property Forum Juraj Vraštiak, from YIT Slovakia.

Like the Magnolia 1 phase, which is currently about halfway through construction, it will bring 95 one- to four-bedroom apartments on 8 floors to its future residents. Parking will be provided by parking spaces in the basement and under the building on the ground floor. The apartments will be sold with a kitchen or built-in wardrobes and lighting, which will contribute to comfort and make furnishing easier for the owners. Both stages of Magnolia are thus particularly advantageous for young people who want to create their first home and have as few worries as possible.

According to the developer, the future owners of the apartments will also greatly benefit from the vibrant community that has been developing here since the beginning of the construction of this residential complex. A central feature is the large generous courtyard that connects residents and neighbours from all phases of NUPPU. Residents of Magnolia 2 will thus be able to enjoy all areas of the courtyard equally, whether an active sports or barbecue area, children's playground and a dog run. Other benefits of the complex will also be available to them, such as a package box on-site, charging stations for electric cars or carsharing services for NUPPU residents only.

"One of the important ways our company is changing the way we approach housing is by supporting the community. Not only housing but also quality public space where people come together and spend time together is an important part of all our projects. In the NUPPU project, the neighbourhood community has been successfully functioning for a long time, which will surely be appreciated by the future residents of the new Magnolia 2 phase," adds Milan Murcko on behalf of the project developer.

The NUPPU project has been under construction in Bratislava on the site of a dilapidated former transport depot since 2017 and is expected to be fully completed in 2024. The total floor area of the 1,000 apartments built in ten phases is expected to be 60,000 sqm.