We are all paying the bill for unused office space 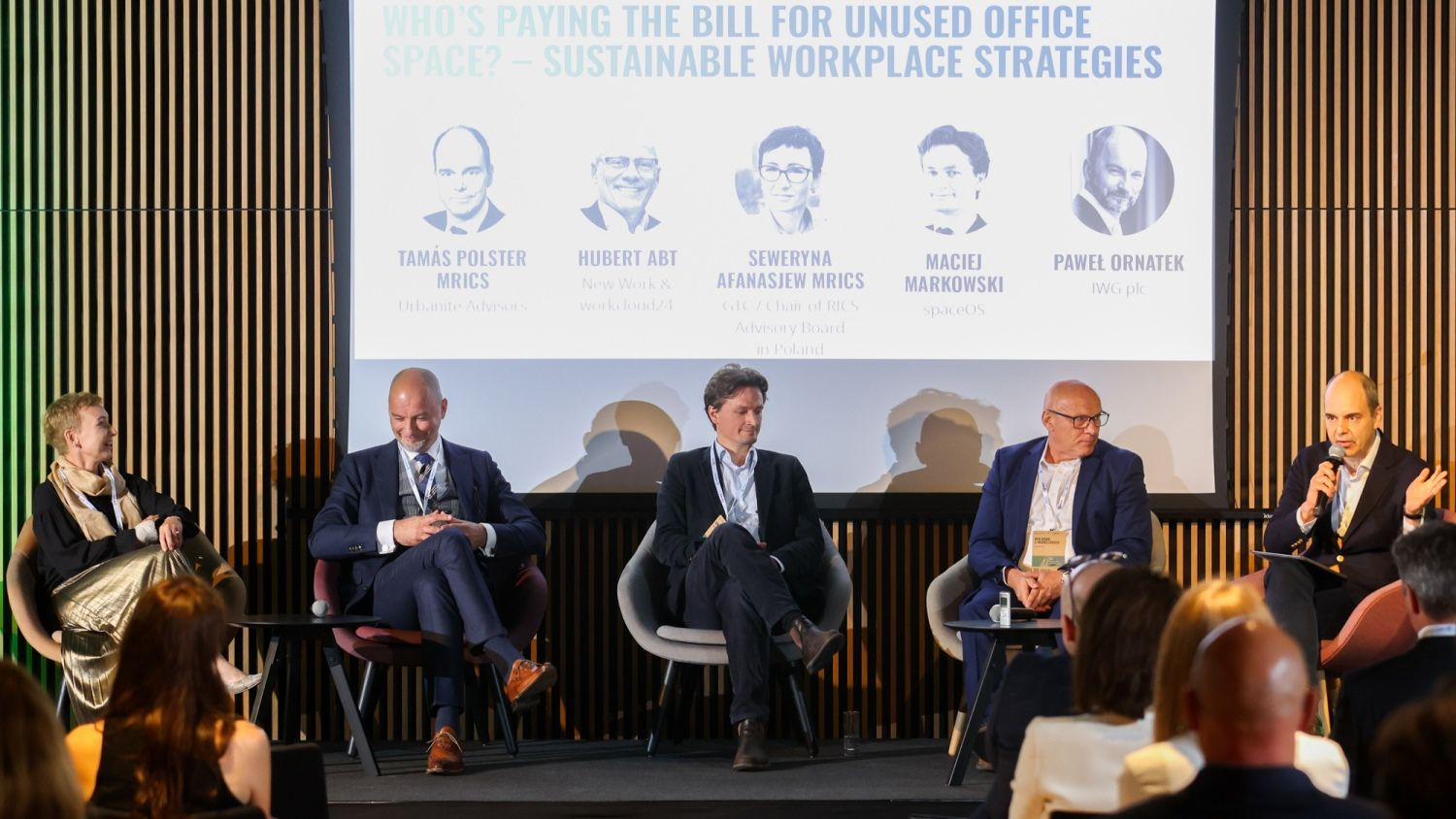 What does the future hold for offices? A group of experts, that took part in the first edition of our European ESG Property Forum, claim that the whole industry is switching to remote work and smaller offices located closer to employees` homes. The event was held by Property Forum on June 1st in Warsaw.


It`s no news that the Covid-19 pandemic had introduced hybrid work on a mass scale almost to all branches of the economy. Despite the developers` appeals, the last two years have shown that people can work from their homes and still retain the desired effectiveness of work. In such a situation, the decrease in the demand for office space is inevitable. The ‘traditional’ offices will stay with us, but with a different role and… location. “It is certain that tenants will need less space in the city centre. However, I believe that people will still need a place to work. Some of them will work from home and some of them will work from an office close to their residency. This is the hybrid work revolution we are seeing. During the pandemic lockdowns, everybody experienced the privilege of working from home. People don't want to go back to their offices every day. And in fact, I believe that you don't need to, because there is absolutely no need to spend two hours in the car travelling there and back, just to work on a laptop in the central office. I believe that people will spend some time in smaller offices when they socialize with each other. And the rest of the time they will divide between work from home and close to home,” said Paweł Ornatek, Country Manager for Poland in IWG.

Maciej Markowski, CEO & Co-Founder, spaceOS was of a quite similar opinion: “We definitely see the role of the office changing significantly. Almost everyone is deploying some form of remote work. So, it's no longer ‘I wake up in the morning, I go to the office, and work there for a whole day', it's no longer a default, just one of the options. You can work from home and be efficient.. It is the major thing that the pandemic changed - it forced everyone to try remote work. The offices will not be treated as a cost anymore, but rather as a value provider: ‘I have an office, so my people are more innovative, the knowledge exchange is better, they can collaborate in a more efficient way’. And sometimes there's nothing better to close a deal than to invite somebody into the office and let them feel ‘this is how we do things here,” he acknowledged.

In the pre-pandemic times, the average occupancy of an office building in Europe and the US was about 55-65%. Currently, it is about 20-25%. In the coming years, office developers will have to go on a different path. What should be their choice? Smaller offices in the suburbs or even the regional cities or going for co-working full scale? “We believe people will simply want to work very close to their home, where they can go by bike, preferably. I’m in contact with a number of headhunters. They say that now every candidate is asking ‘Can I work at least two, preferably three days out of the office?’. 75% of candidates would choose a hybrid work model rather than a 10% salary increase, which is, of course, obvious, because everybody can calculate the cost of commuting, waste of time, cost of different clothes to work etc. And the efficiency of work is affected. We had two years to experiment with how it works, no company went bankrupt, and efficiency is still the same or better”, said Paweł Ornatek. His opinion was shared by Seweryna Afanasjew, Head of Asset Management at the Polish branch of GTC. “I think that having regional co-working spaces around Poland in smaller locations is very desired by many companies, especially those having few employees dispersed in the regional cities that they had to have someplace to work. As there was no co-working, renting office space was not only expensive but simply didn't make any sense for like two or three people. A couple of years ago we were watching big co-working companies entering Poland claiming that they aim at a 30-40% share of the office market. We could not believe that then, but I think that we are really seeing that happening. Speaking from the developer perspective – the tenants are expecting that almost every office building will have some part of coworking space,” she commented.

Also, the rapid development of communication technologies is affecting the office market model change. ”Currently, we are setting Space in the Cloud for our customers. It means that we are proactively forcing our tenants to disrupt space demand by using an application for multilocation access, which saves them 40% of the core budget and gives them more flexibility when hiring people. Because they're not forced to work in one particular location, whether it is an HQ office or a regional branch. And it saves a lot of commuting time,” commented Hubert Abt, CEO of New Work and workcloud24.

The participants of the discussion have also underlined that ESG issues cannot be ignored anymore. „60% of an office’s carbon footprint is related to employees` commuting and only 40% is attributed to the building. So we might have the best BREEAM-rated building, but if it's not well located, you’re better off with a horrendously energy-inefficient building but with easy access in the city centre,” stated Tamás Polster, Partner and Co-Founder of Urbanite Advisors. „On average, each month, a single car produces 260 kilos of carbon dioxide. A human person produces 30 kilograms a month. A single tree absorbs just 21 kilos of carbon dioxide a year. So there is no way we can all continue going into the centrally located offices by car, every single day,” warned Paweł Ornatek of IWG.