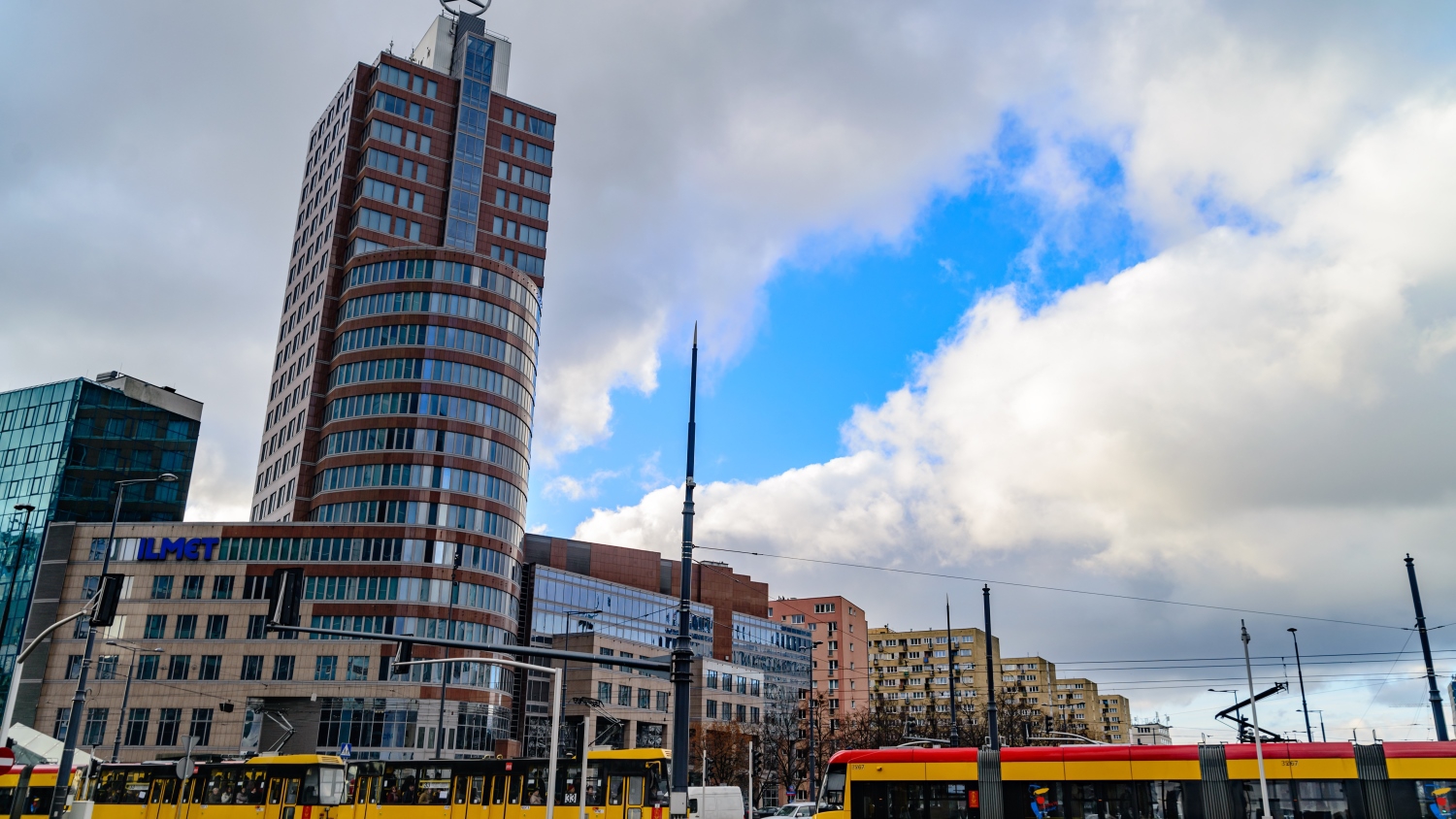 The supply of office space in Warsaw at the end of last year exceeded 5.18 million sqm after the stock increased by 410,000 sqm. BNP Paribas Real Estate Poland experts signal that 650,000 sqm of office space under construction and more than 1,000,000 sqm of additional pipeline projects constitute a vital argument for tenants either searching for new locations or planning to renegotiate their leases. Less vacancy than forecasted
The significant volume of new office space that was delivered to the Warsaw market over the last three months of 2016 has not lead to a sharp increase of available space. The vacancy rate at the end of last year reached a level of 15%, increasing from quarter to quarter by merely 0.4 percentage points, which was a result 2 percentage points higher as compared to the level recorded in December 2015. The authors of the report stress that the greatest volume of vacant office space is located in the Mokotów office district, within the corridor running along Aleje Jerozolimskie and in the capital’s city centre. The majority of vacant space comes in the form of office buildings constructed in the 1990s. It is estimated that the total size of Warsaw’s mature office building market stands at nearly 1.2 million sqm. Analysts at BNP Paribas Real Estate Poland forecast that over the coming two years the vacancy rate for Warsaw office space will increase by 1-2 percentage points.
The attraction of new buildings
Following the record-breaking – in terms of space leased – 2015, where the volume of transactions stood at 660,000 sqm, demand over the twelve months of last year (new leases, pre-lets and expansions) was at a level of 455,000 sqm, which means a y-o-y drop by 31%. The authors of the report stress that in addition to renegotiations in respect of existing locations (in excess of 300,000 sqm), in Q4, similarly to the entire 2016, tenants were actively looking for opportunities to relocate to new buildings.
Last year it was the schemes located in the vicinity of the Daszyński Roundabout, Dworzec Gdański station and the corridor running along Aleje Jerozolimskie that attracted the greatest interest of businesses searching for new locations for their offices, while buildings located in the Mokotów office hub provoked much less interest.
Falling effective rents
Aside from several leading office projects that also include prime boutique schemes and where monthly rents are at a level of €20-22 per sqm per month, the majority of centrally located office buildings are functioning on an extremely competitive market, which results in growing pressure in respect of rents. Over the previous year rents for those buildings fell by 3-5%, down to a level of €16.50-18.50 per sqm per month.
According to the report drawn up by BNP Paribas Real Estate Poland, at the end of 2016 monthly rents for prime office schemes located outside of the centre of Warsaw were at a level of €14-15. However, the average rent to be paid for one square meter of office space in the area is at a level of €11-13 per month.
The authors of the report stress that considerable supply, extremely competitive market and increasing flexibility of landlords resulted in the fact that in 2016 large tenants (above 2 000 sqm) interested in offices both in the city centre and outside of it could count on obtaining effective rents by 20-30% lower than the asking rents.
Rejuvenation or else
Taking into consideration the very high level of market competition and the changing expectations of tenants, landlords are increasingly more ready to take the decision to carry out comprehensive modernisations of their buildings. At the end of 2016 approximately 280,000 sqm of space in mature office buildings were at various stages of modernization. On the one hand there are landlords on the market that take the decision to redesign the space, refresh the building’s exterior and surroundings, while on the other hand there are those that go towards complex changes in the technical and architectural solutions applied in their office buildings. The authors of the report stress that the revitalization and reposition strategies have a great chance at succeeding in particular in respect of schemes in prime locations.
Mature office buildings that have undergone complex modernization are able to successfully compete with new schemes. The raised efficiency norms and application of modern technical solutions combined with prime and renowned locations that guarantee accessibility and exposure are key factors in not only retaining existing clients, but also in attracting new ones – stresses Małgorzata Fibakiewicz, Head of Office Agency, BNP Paribas Real Estate Poland.
The office centre closer to Wola
For several years now there has been consistent development of Warsaw’s office hub in the vicinity of the Daszyński Roundabout. Due to convenient transport links, a variety of functions and the launch of the second metro line, as well as thanks to the applicable zoning plan that allows for increased density of retail and residential developments, the district – which before World War II was designated for industrial purposes – is now attracting not only office developers, but also those from the residential and retail sectors.
Only as far back as two years ago the office district in Wola, with its 150,000 sqm of space, did not look too prosperous. However, we have since witnessed an extremely dynamic race between supply and demand. Over only 2015 and 2016 the office hub in Wola grew to twice its original size, while over the coming twenty four months in the areas in the direct vicinity of the Daszyński roundabout and slightly further afield there will be more than 150,000 of sqm of new office space delivered to the market. – adds Anna Staniszewska, Head of Research and Consultancy for Central and Eastern Europe, BNP Paribas Real Estate.