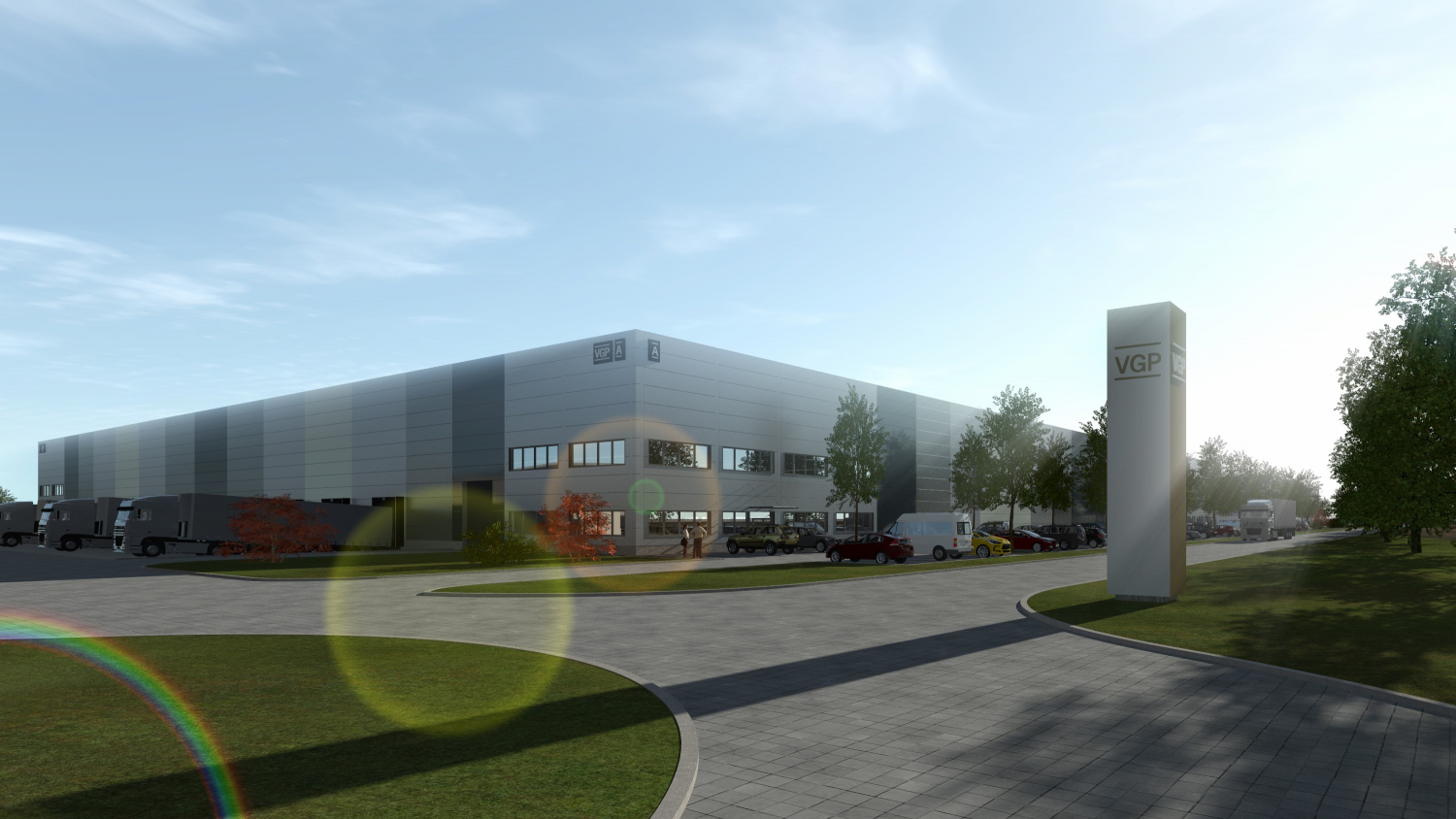 The net profit of logistics developer VGP was €153.1 million for the first six months of 2022. The first half of the year came up with €35.4 million worth of signed and renewed lease agreements, which annualised means €281.1 million of the total rental income and another €88.1 million of the annual rent is expected from 40 projects with 1,346,000 sqm under construction that are almost totally pre-let (87.4%). VGP published the results at the end of August.

VGP’s Chief Executive Officer, Jan Van Geet, said: “In the first half year we have seen robust growth with € 35 million of new or renewed lease agreements signed and supported by significant rental growth in most countries. This growth was realised despite a more prudent approach by e-commerce sector of which a number of major players have shifted their take-up focus towards 2024 and beyond.” Jan Van Geet continued: “The unstable energy markets have not only given a significant boost to our renewable energy revenue potential, but it has also served as an accelerator in our tenants’ desire to switch to renewable energy consumption. Beyond the traditional stronghold countries of Germany and the Netherlands, we are now initiating solar projects in almost all regions based on direct tenant demand.” Jan Van Geet added: “Although we have taken a more cautious approach to our land acquisitions during the first half of the year, an important side effect of these unstable energy markets is that it creates tremendous growth opportunities for us. After all, it accelerates the need for energy-inefficient industries to reinvent themselves and move to more sustainable and energy-efficient housing and operations. One of the side effects of this is that they are putting their old factories, mostly in prime locations, up for sale which consequently offers interesting brownfield redevelopment opportunities for VGP." Jan Van Geet concluded: “A strong capital position is important, particularly as such highly attractive brownfield opportunities start to increasingly arise. The significant cash recycling through the completed and anticipated joint venture closings enhances our balance sheet and allows us the flexibility to best serve our whilst enabling us to create significant value for all stakeholders involved.”

As of 30 June 2022, the signed and renewed rental income amounted to €35.4 million (up 9.7% YTD). Leasing activity year-to-date has been strong across the board with increased demand from a broad range of tenants. From a geographical perspective, Germany contributed circa a third of new leases and particular strong activity was noted in Spain, The Netherlands and Slovakia. The increase was driven by 416,000 sqm of new lease agreements signed, corresponding to €22.4 million of new annualised rental income, whilst during the same period a total of 173,500 sqm of lease agreements were renewed and extended corresponding to €9.3 million of annualised rental income (of which €8.2 million related to the joint ventures). Indexation accounted for €3.6 million in the first half of 2022 (of which €3.2 million was related to the joint ventures). Terminations represented a total of €1.0 million or 19,000 sqm, of which €0.8 million was within the joint ventures’ portfolio. The signed annualised committed leases total €281.1 million (equivalent to 4.9 million sqm of lettable area), a 9.7% increase since December 2021. The leasing activity after 30 June 2022 has resulted in an additional €6.1 million of new contracts being signed bringing the total annualised committed rental income to €287.8 million (+12.4% YTD).

A total of 40 projects are under construction which will create 1,346,000 sqm of future lettable area, representing €88.1 million of annualised leases once built and fully let – the portfolio under construction is 87.4% pre-let as of 30 June 2022. During the first 6 months of 2022, a total of 17 projects were completed delivering 334,000 sqm of lettable area, representing €17.1 million of annualised committed leases.  Several other projects currently under construction are scheduled for delivery in the coming months resulting in a delivery pipeline of >700,000 sqm expected for H2 2022. During H1 we experienced additional increases in construction costs. The first signs of stabilization have been noted towards the end of H1. The resulting effects on the development margins of the projects under construction were mitigated through a mix of higher rental income and yield changes.

Acquisition of 1,55 million sqm of development land and a further 3.25 million sqm committed subject to permits brings the remaining total owned and committed land bank for development to 11.31 million sqm, which supports more than 5.12 million sqm of future lettable area. A further 601,000 sqm of new land plots have been identified and are under negotiation and have a development potential of at least 254,000 sqm of future lettable area. This brings the land bank of owned, committed, secured and/or under option to 11.91 million sqm. The land bank includes an agreement to purchase 32 hectares of land in Petit-Couronne, near Rouen, the capital of Normandy (of which 50% was already acquired during the 1H 2022), the first project of VGP in France. This brownfield project is expected to offer circa 150,000 sqm of total gross lettable area, with construction works due to begin in 2023.

A total solar power generation capacity of 120.9 MWp is currently installed or under construction through 89 roof projects in 4 countries. As of 30 June 2022, this represents a total aggregate investment amount of €48 million. In addition, 40 solar power projects have been identified in four additional countries which equates to an additional power generation capacity of 53.7 MWp. For these projects, we expect the installation works to commence in the coming months. The current total solar portfolio, including pipeline projects, totals 174 MWp.

As a result of the strong rental and asset growth and +1 million sqm to be delivered in 2022, VGP’s (along with the JV’s) recurring rental income basis will increase to €280 million within the next twelve months. This significantly increases the recurring cash generation and delivers an attractive return on the funds invested. VGP has currently been able to mostly mitigate the increased construction costs through a mix of higher rental income and yield compression. Any adverse change in any of the aforementioned components might not be fully offset and hence might have an adverse effect on the development margins. We remain prudent and selective on any start-up of new projects to ensure that our development margins remain attractive. The Group opened its first office in Scandinavia with the appointment of Kristoffer Kaae Stimpel as country manager for Denmark. The Group anticipates being able to announce the opening of the first office in Sweden in 2H 2022. Based on the combination of our increasing recurring cash flow, our inflation-protected portfolio, our strategic land bank and partnership with Allianz Real Estate, in combination with attractive land acquisition opportunities in the markets along with renewable energy dynamics is expected to result in further – solid - NAV growth for VGP. Finally, the expected sale of the seed portfolio to the Fourth Joint Venture during Q4 '22 should further strengthen the Group’s balance sheet.