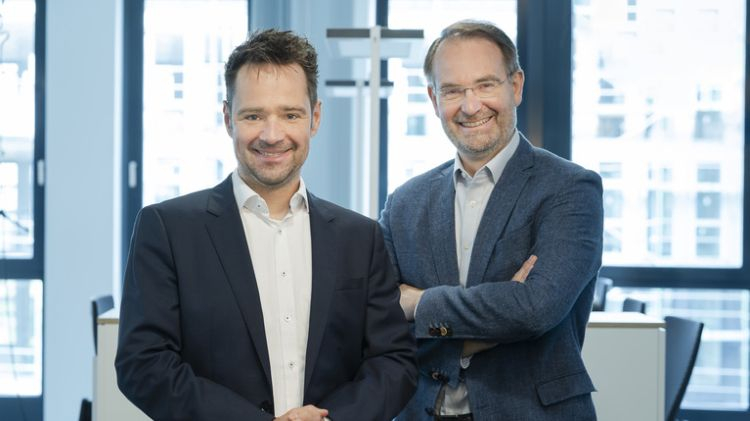 Trei Real Estate, an international developer and property asset holder specialising in residential and retail real estate, continued to expand its business in 2021, the second year of the COVID-19 pandemic. As of 31 December 2021, the development portfolio had an aggregate value of €1.7 billion after growing by 40 percent (2020: €1.2 billion). Residential real estate makes up the bulk of the total with €1.5 billion, whereas retail real estate accounts for c. €200 million. The value of the assets under management, including the own property portfolio, remained unchanged at €1.3 billion. The proprietary portfolio accounts for €1.2 billion out of this total, while c. €100 million are managed on third-party mandates.


Pepijn Morshuis, the CEO of Trei Real Estate, commented on the year-end result: “We continued to pursue our expansion trajectory in 2021 despite the fact that the obstacles caused by the coronavirus pandemic remain in place. In the residential sector, we have prepared a number of new projects while making good progress with our ongoing developments. The growth of our foreign activities is currently outpacing the business on our home market of Germany. Especially in the United States, we initiated numerous new developments last years, and in Poland, too, new projects are in preparation in addition to the developments already underway.”

The development pipeline for residential real estate increased by 50 percent over the prior-year period, up to €1.5 billion. The total number of apartments in planning or under construction now totals 6,000 units. Trei’s most important market in terms of the development of residential accommodation remains Germany, followed by the United States and Poland.

Especially during the second half of the year, the main focus of activities shifted to the US. Pepijn Morshuis commented: “We acquired several plots of land in the United States, and moved forward with new residential developments. With the project in Charlotte, we completed and sold our first development in the United States in late 2021. Three multi-family projects are currently under construction – in Charleston (South Carolina), Charlotte (North Carolina) and Nashville (Tennessee). In addition, another four plots of land are under development in Cary (North Carolina), Charleston/SC and Nashville/TN.”

In Germany, the new building “Port-o-Prenz” on Pappelallee in Berlin, which had been completed in December 2020, was fully occupied by summer 2021, with another two residential developments, one on Winsstrasse and the other on Fürstenberger Strasse, to follow in late 2022. Together, these three developments in Berlin will deliver around 550 apartments. Pepijn Morshuis commented the fact: “The completion of the first of our three large-scale residential developments in Berlin was a major milestone for us. In addition, we have other projects in Berlin, Hamburg, Mainz, Munich, Wiesbaden and Düsseldorf, either in planning or already under construction.”

At the same time, Trei’s developments in Poland are progressing on schedule. Pepijn Morshuis sees a lot of further potential in this country: “Last year, Poland’s residential property market broke every record. Demand for modern apartments is enormous, whereas the supply side still remains rather small-scale.” Trei currently has two projects under development, one in Wrocław (fourth and final construction stage) and the other in Łódź (the second of four construction stages). Another three projects, located in Warsaw, Poznań and Milanowek (near Warsaw), are in preparation.

The development portfolio once again included c. €200 million for retail real estate. Trei currently holds a portfolio of 39 Vendo Parks in Poland, the Czech Republic and in Slovakia. 29 of these assets are located in Poland, with eight new retail parks completed and opened last year (Zielonka, Piekary Śląskie, Koszalin, Myślibórz, Oświęcim, Inowrocław, Chorzów and Radzymin). Since November, Trei has been developing some of its retail parks in Poland together with its joint venture partner Patron Capital Partners (“Patron”). Matthias Schultz, the CFO of Trei Real Estate, elaborated: “Retail parks of the Vendo Park brand remain an important part of our strategy. Demand for retail parks has turned out to be stronger than expected, particularly in smaller Polish towns. We will soon achieve the objective of holding 50 Vendo Parks in our proprietary portfolio, but see potential for further developments in Poland, which is why we are planning to construct another 15 to 20 Vendo Parks in a combined value of 140 million euros together with our joint venture partner Patron.”

Existing property portfolio with a focus on Germany and Poland

The company’s assets under management have a total value of €1.3 billion and are split into 324 properties. Germany and Poland account for the bulk of the managed assets at almost 80 percent. The remaining assets are spread across other countries.