There’s no way to go up but up in CEE 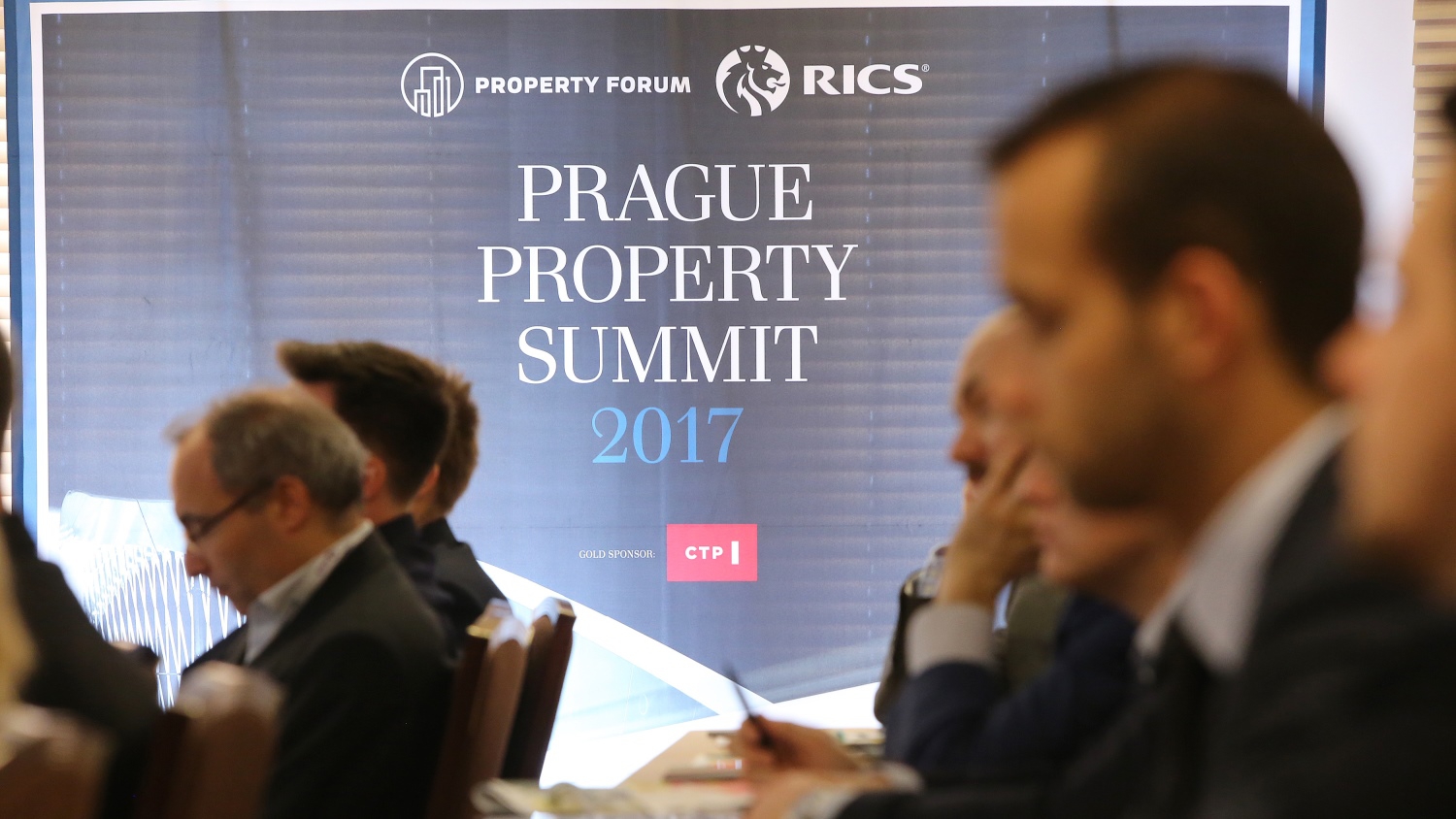 While Western European investment markets have peaked and investment volumes are going down, CEE markets are having a strong momentum with volumes going up. This growth is most visible in the Czech Republic which posted its strongest Q1 figures on record this year. Over 20 speakers and more than 100 visitors came together in the Czech capital for the first ever Prague Property Summit, organised by Property Forum and RICS, to analyse the potential of the market from a global perspective.

Positive outlook for 2017
In the first quarter of 2017 €2.3 billion was invested in CEE property which is a significantly larger amount than the €1.6 billion that was transacted in Q1 2016. While Western European investment markets have peaked and investment volumes are going down, CEE markets are having a strong momentum with volumes going up, said Mark Robinson, CEE Research Specialist at Colliers International, who presented an outlook for 2017 in the region.
The last years of the current cycle saw major changes in terms of where money is coming from with the importance of South African, Asian, domestic and CEE cross-border flows having increased significantly. A diversification of destination can also be observed. Poland is now not as dominant as it was a few years ago thanks to the Czech Republic and Hungary gaining momentum. The future seems bright for CEE according to Mr. Robinson. Based on consumer confidence figures we can expect high investment volumes to stay, at least for the next 18 months, should there be no external shocks. Macroeconomic fundamentals project a healthy office market, while strong industrial production growth boosts demand in the industrial sector. Brexit has had no negative impact on CEE markets so far and the region can even benefit from the UK’s decision to leave the EU as relocation is still on the table for many companies, especially in the banking sector. Of course there are a couple of things to be concerned about, most notably the record low unemployment rates that are present all over the region. In recent months a record share of companies reported that the current shortage of labour is limiting their ability to grow.
CEE markets are still generally viewed as the low labour cost markets of Europe, but if companies are forced to raise wages due to labour shortage that can make CEE (relatively) expensive in the eyes of the Western world, warned Omar Sattar, Managing Director at Colliers International Czech Republic.
An inflated market
The moderator of the senior investors’ roundtable, Christopher Zeuner MRICS, Managing Director CEE at LaSalle Investment, first wanted to know if the experts at the table believe that there is much depth in investor interest in CEE. There are enough buyers to create competition, replied Marie Passburg, Managing Director at Skanska Property Czech Republic, adding that in some cases the source of that capital is the same for different investors.
Péter Számely MRICS, Head of Real Estate Finance CEE at HYPO Niederösterreich found it problematic that such a large amount of capital is looking into real estate at a time when the growth of supply is so limited. This, according to him, creates an inflated market. Bigger political risk in the world has overtaken political risk in CEE, commented Paul Betts, Managing Director for CEE at M7 Real Estate, who revealed that M7 is closing two deals this week in Hungary alone.
At the end of the discussion Christopher Zeuner wanted to hear each panel member’s take on what risks and opportunities CEE markets need to watch out for. Marie Passburg is optimistic about the fact that because of Brexit, some UK companies are considering moving to Poland but she’s also worried that the Czech economy’s and the koruna’s strong dependence on the EU will cause problems on the longer run. George Leslie, Head of Investment Management at HB Reavis highlighted the GDP growth story, the strength of the BPO sector among things to be optimistic about. On a more negative note, he believes that consumer-led GDP growth is dangerous and that global central bank policy is failing. Last but not least, Paul Betts sees a real opportunity in e-commerce for the logistics sector. He also believes that next slum won’t be as deep as the last one. Tomáš Chloupek, Member of Board of Directors at APS Holding, acknowledged that Czech banks are clean and healthy, so there’s not much to find here for a company focused on long-term distressed assets. That’s why he’s looking into Croatia and Hungary where there is a market for distressed assets.
Alternative solutions
The last panel of the day focused on alternative investment products such as hotel, residential and student housing.
Commercial property is getting expensive which make alternative assets more attractive, said Frederic Le Fichoux MRICS, Partner – Global Hospitality Group at Cushman & Wakefield. He’s happy to see that hotels are starting to get a lot more attention than before. Despite the fact that there are very few hotel developments taking place in Prague, the local market is healthy and not effected negatively by the growing popularity of Airbnb. As demand for accommodation in Europe has been growing faster than supply, Airbnb has had a positive effect on tourism by filling the gap, he added. Airbnb is also having an impact on the residential market, another segment that has appeared on the radar of investors. As Mark Robinson mentioned in his presentation, CEE residential markets are inflating rapidly. House prices have grown by 11% in the Czech Republic in 2016 which is the highest figure among EU members, so it’s no surprise that the Czech National Bank has started tightening lending requirements.
Omar Koleilat, CEO of Crestyl and Chairman of the Developers’ Association in the Czech Republic also feels that the residential market is getting too hot. There is a flight to quality, but supply is very limited, mostly by regulation and despite the fact that banks are keen to fund residential. Institutional investors have stated looking into residential as well, which wasn’t the case in the previous cycle, he added. Ben Maudling FRICS, CEO for Czech Republic and Slovakia at Savills also thinks that alternative investment products are becoming increasingly interesting. Student housing is a product that can offer higher than average yields, even in Western Europe, so it's no surprise that investors and developers are more and more open to the idea in CEE. There are several projects under construction or in planning phase in the Czech Republic as well, although student housing projects often turn into residential projects with cheaper rent, Omar Koleilat added.