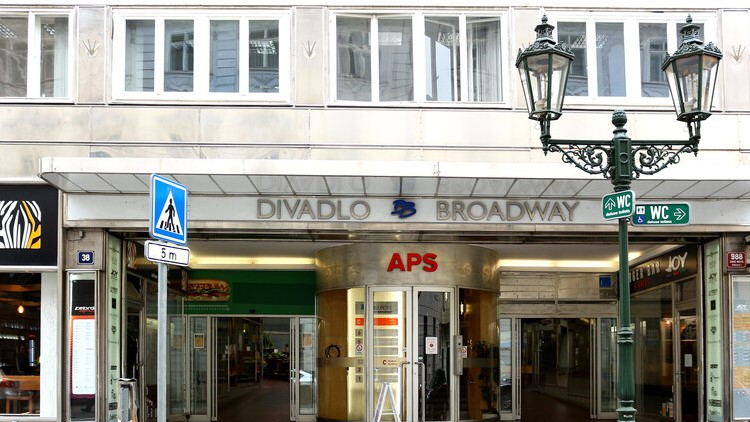 The Czech state continues to unsuccessfully trying to sell Prague's functionalist Broadway Palace from the 1930s. The Office for Representation of the State in Property Matters (ÚZSVM) offered it for the third time in an electronic auction, this time with a starting price of CZK 1.05 billion (€43.153 million), but no one took part in the auction, a spokeswoman for the office told the Czech News Agency.


The Broadway Palace from the 1930s right in the centre of Prague is still for sale, while the state (the Czech Republic) has repeatedly failed to sell it. The Office for State Representation in Property Matters (ÚZSVM) has already unsuccessfully tried to sell the functionalist building, which houses the Broadway Theatre, this August, in March and last September. In the auction with a starting price of CZK 1.05 billion (€43.153 million), no one bid even the minimum bid of CZK 200,000 (€8,219).

The functionalist building by famous Czech architects Bohumír Kozák and Antonín Černý is located in Prague 1 between Na Příkopě and Celetná streets. As in the previous two auctions, only one bidder paid the required deposit of 20 million crowns ( €822,080), but subsequently did not participate in the auction. ÚZSVM now wants to offer the palace at the asking price to the current tenant, which is the company M.I.C.C. Prague, owned by the investment and development company AFI Europe. The right of pre-emption comes from a contract that ÚZSVM took over in 2016 from the then SŽDC, now the Railway Administration (Správa Železnic).

"The existing tenant can exercise its right of first priority within three months of receiving the notice. The aim of the ÚZSVM is to find a definitive owner for this exceptional property, located in the most lucrative part of Prague, as soon as possible, who will find a meaningful use for it and breathe new life into it," said Michaela Tesařová, spokesperson for the authority. Before the auctions began, the ÚZSVM first offered the building to other state institutions, but none of them expressed interest.