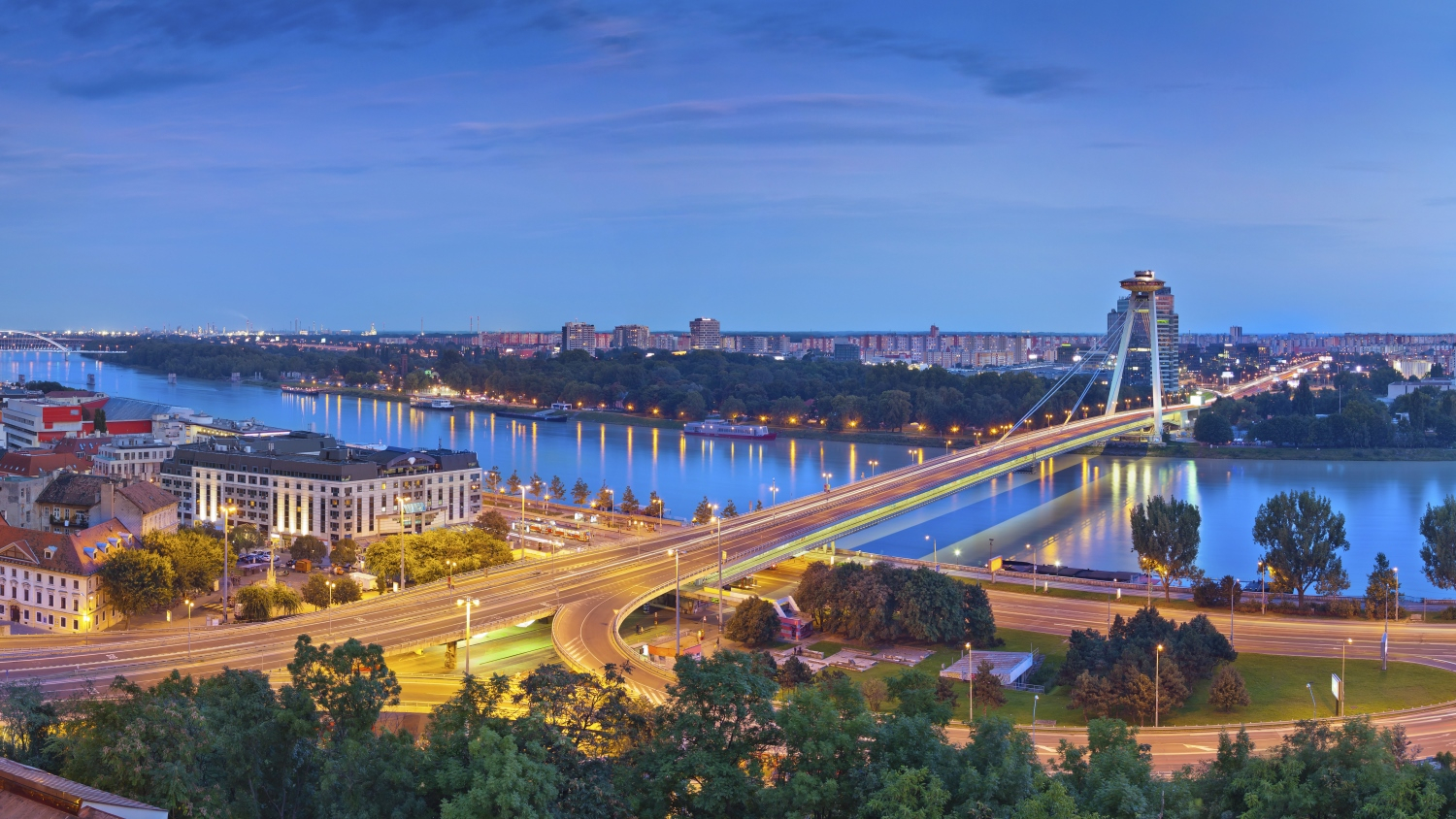 In the Q2 of 2022, the Slovak economy was primarily marked by flaming inflation that puts raw materials costs at new heights. On the other hand, in the same period of this year, the Slovak industry recovered. This was mainly due to the automotive industry which continues to be the driving force of Slovakia’s economy. The office market went through a major change, as most of the stock was reclassified by the Bratislava Research Forum. And in retail, there were fewer projects under construction due to consistently growing construction materials costs and delivery length, the Cushman & Wakefield presents in their new Marketbeat report on the Slovak economy.


The spotlight has been set firmly on inflation since the beginning of the year. Initial opinions that the primary cause of inflation is due to supply chain bottlenecks have given way to even greater pressures emanating from the devastating Russia-Ukraine war. The resulting resurgence of supply chain stress has further compounded the situation. On the commodity markets, the price level of gas, electricity and food often reaches multiples of the levels from two years ago, mainly due to the uncertainty associated with their availability, thus further accelerating the growth of inflation. Consequently, Slovakia is encountering an inflationary environment that has not been experienced for more than two decades, as the inflation rose to 13.2% in June. According to the National Bank of Slovakia, the growth of Slovakia's economy will slow down this year to 1.4%, and domestic demand compounded mostly by household consumption will contribute almost exclusively to its growth. Refugees from Ukraine, of which there are already more than half a million, should also contribute to this growth. They also help to fill long-term unfilled jobs, especially in catering, accommodation, and manufacturing. Unemployment fell by more than 1.5 pp year-on-year and reached the level of 6.35%, reaching the lowest value since the start of the pandemic.

The industry recovered from a four-month slump caused by the ongoing war and China's zero COVID policy and saw output year-on-year increase in May. This was mainly because of the automotive industry, which, despite ongoing problems that impaired the functioning of the supply chain, continues to maintain its reputation as the driving force of Slovakia‘s economy. The industrial sector is thriving, as evidenced by an increase in the total stock of 7.5% since the beginning of the year. In this quarter, five industrial buildings with a total leasable area of 97,700 were completed, ¾ of which are located in Western Slovakia, including the Bratislava Region. Although the vast majority of stock is situated in Western Slovakia, we see increased interest in industrial buildings in Eastern parts of the country as ¼ of the total stock under construction is there. In total, the development consists of 23 buildings and represents 380,000 sqm, confirming the continuous construction boom. In addition, more than half of it is already pre-leased, thus indicating unceasing demand and also contributing to a possible decline in future vacancy rates. This fell again to 5.18%. As in the previous quarter, this decline is mainly due to the large take-up, which reached 189,000 and thus became the strongest second quarter regarding both net and gross take-up. In terms of net take-up, it makes up more than 90%.

Nevertheless, we see an enlarging demand for short-term leases, which reached an amount of 30,000 sqm. Together with the first quarter, take-up exceeded the 400,000 thresholds. Concerning the representation of the occupiers, the automotive sector replaced the e-commerce sector and, together with 3PL, accounted for more than half of take-up. The high demand figures, therefore, led to a positive net absorption which, despite strong new supply, once again exceeded the hundred thousand level – precisely 105,900 sqm. Record-breaking take-ups, above-average pipeline, elevated new supply, and declining vacancy rate indicates, that the industrial market is prosperous, healthy, and well-balanced in supply and demand, and therefore developers have the desire to expand.

The conflict in Ukraine and the resulting sanctions against Russia are significantly increasing input prices and the availability of raw materials. Lack of construction materials prolongs the delivery time of individual industrial buildings, which results in the postponement of their delivery deadlines from 6-12 months to 12-15 depending on the size and the required materials. As a result of all this, associated with the still above-average pipeline and unceasing interest in industrial spaces, mainly from the automotive and logistics sectors, the prime rent increased after three years from 4 €/sqm/month to 4.10. Headline rents in some submarkets also rose, mainly in Western and Eastern Slovakia, whilst the highest achievable rents remained in Bratislava city logistics. Due to rising inflation and increasing interest rates, there is very limited room for yet another compression of prime yield. Therefore, yields stabilized at 5.25%, which is expected to be the lower bound for the rest of the year.

The office market went through a major change, as most of the stock was reclassified by the Bratislava Research Forum. One of the reasons for this was the separation of the most modern and technologically advanced buildings into the newly created A+ category. Another factor in the reclassification process was the lack of up-to-date building standards, as technological progress and attitudes towards ESG had not been taken into account. As a result, despite crossing the 2 million sqm mark in the previous quarter, office stock dropped to 1,96 million sqm as several historical buildings were removed from the stock as they no longer meet the parameters of a class A or B stock. Nevertheless, in the second quarter of 2022, take-up reached a total area of 27,900 sqm representing a 25% year-on-year decrease.

A majority (63%) of the leasing activity took place in A or A+ buildings, confirming the ongoing demand for modern and newer offices. Net take-up represented 67 % of total leasing activity, and yet again, new leases surpassed renegotiations. The completion of Lakeside II. was postponed to the third quarter, thus the stock under construction remained unchanged, consisting of 6 buildings with a total leasable space of 130,200 sqm. Most of them have completion in the next year, hence the pressure on landlords to lease up new vacant spaces will be reduced. In the context of vacancy, the overall vacancy rate in Bratislava remained still compared to the previous quarter at 11.81 %.

Bearing in mind the increasing building operating costs due to the ceaseless advance in prices of energy and inputs, the landlords are forced to increase service charges. In the case of higher-end offices – prime, modern premises with efficient layouts, often on top floors – these are seldom vacant, which opens a way not only for increased service fees but also for rising rents. This, along with strong demand, pushes the prime rent up. Therefore, prime rent rebounded back to a value of 17 €/sqm. Class B and C offices must turn to refurbishments and maintain competitive pricing to find their footing. As expected, prime office yield decreased this quarter and reached the rate of 5.00%. It has thus reached its historically lowest value. Due to rising inflation and increasing interest rates, there is very limited room for yet another compression of prime yields.

Despite the uneasy situation associated with the ongoing war and flaming inflation, the new shopping centre Promenada opened its gates in the Q2 2022. It became the sixth shopping centre in Nitra and brings a total leasable space of 26,000 sqm. Due to consistently growing construction materials costs and delivery length, we see fewer projects under construction. Eurovea 2, which opening date is set for April 2023, is still the only large-scale retail project under development, accompanied by several smaller retail projects – retail parks NC Sabinov and OC Island or the extension of shopping centre OC Madaras. Worth mentioning is also OD Prior in Piestany, one of the most successful among Priors, that is undergoing extensive reconstruction. Several Ukrainian brands were forced to close part of their operations in Ukraine and are looking for an alternative to relocation, one of them being Slovakia. In addition, the food & beverage is seeing increased interest from foreign concepts that would like to enter the market.

The growing demand stemming from the situation without pandemic restrictions combined with the summer season contributed to the attendance of retail establishments. The result is the surge in turnover, which has generally reached similar figures to 2019 and in some cases even exceeded them. As most landlords have contracted energy costs until the end of the year at the “old price”, thus before the extensive advance in prices, prime rents remained stable in both shopping centres – 65 €/sqm/month and retail parks – 9.5 €/sqm/month. The achievable prime yields for retail commodities are higher than in other commercial real estate sectors. It reaches the level of 6% for shopping centres with full occupancy and high mobility of people and is oscillating around 7% for the most attractive retail parks.