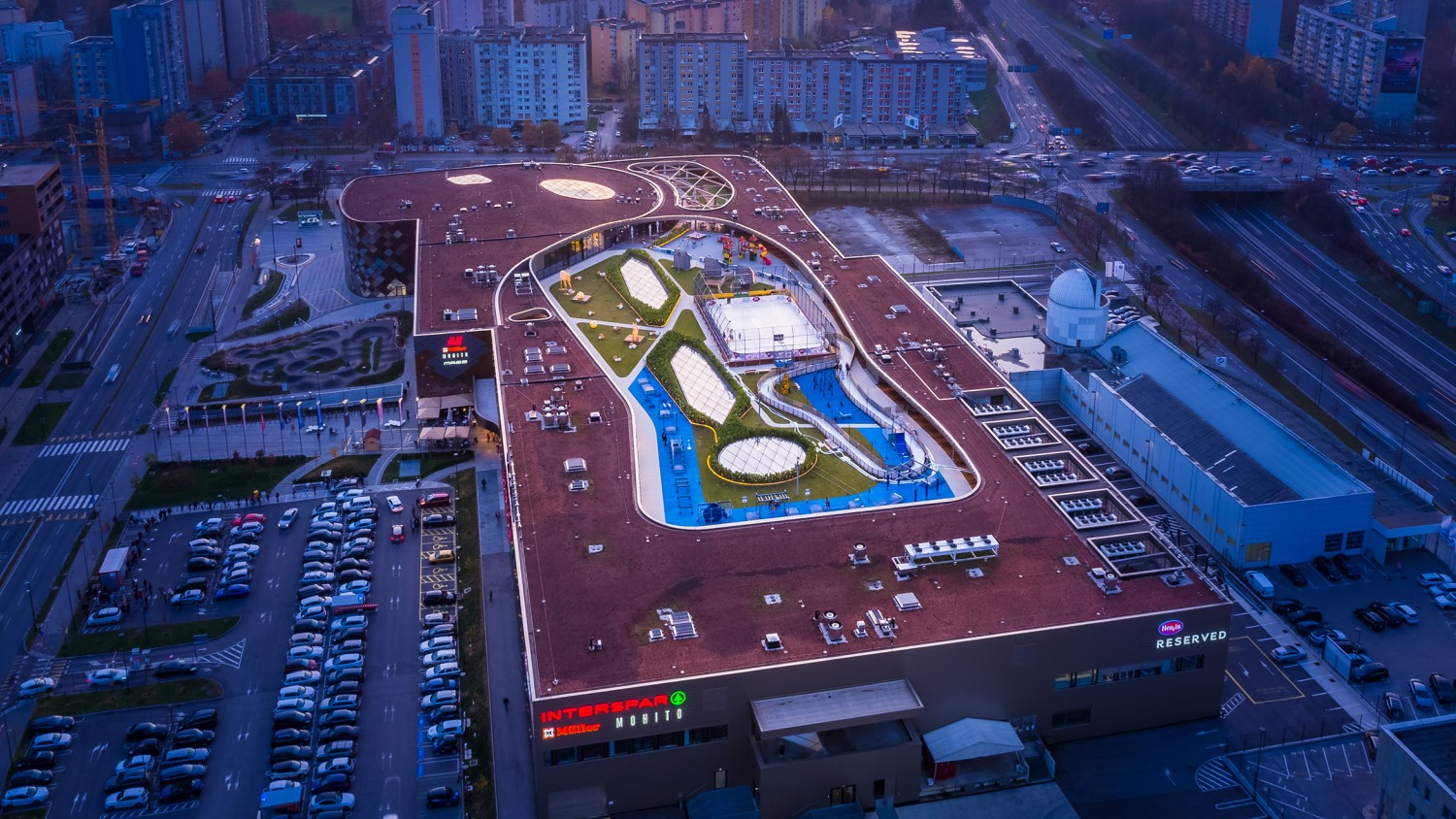 People have started to return to their usual shopping destinations. That is reflected in the positive business development of SES Spar European Shopping Centers during the second year of the pandemic. Compared to 2020, significant growth was recorded in retail partner sales, visitor footfall and average spend per purchase. This positive upward trend was recorded by SES in all countries in which it operates centres. Despite the pandemic, in 2021, a total of €22 million was invested in maintenance and sustainable measures relating to the operation of the centres, as well as in project development.


In 2021, a total of 85 million people (+5%) visited the 30 shopping destinations run by SES in six Central European countries. With gross sales of €2.64 billion, more than 1,800 retailers, gastronomy providers, and service partners posted a total increase in sales of 7.6 percent compared to 2020.

SES manages a total of 30 major shopping destinations, including 27 shopping centres, two retail parks, and one managed shopping street, amounting to more than 830,000 square meters of leased space in the markets of Austria, Slovenia, Croatia, Northern Italy, Hungary, and the Czech Republic. The past year was marked by a wide variety of official coronavirus prevention measures that were implemented in individual countries.

Christoph Andexlinger, COO, SES Spar European Shopping Centers says: “2021 was an extremely challenging year – both for our retail partners as well as for us as operators. Of course, we were not able to reach the pre-crisis levels of 2019 last year, but the figures clearly show a trend in the right direction as retail gradually increased in all SES countries last year. Consequently, we are satisfied with the 7.6 percent increase in sales across all countries and are pleased to be on the right way. We have used our expertise and innovative strength at all levels to significantly lift the mood and footfall at our stores. Our retail partners have also played a major role in this development.”

SES in Slovenia: Despite months of government-imposed access restrictions for shopping centre visitors, SES centres in the country recorded an impressive 22.7 percent increase in sales in 2021 on existing floor space (four centres), or even a 29 percent increase including the expansion location ALEJA Ljubljana, which opened in 2020 under extremely difficult conditions in the middle of the pandemic. The most recent of the five Slovenian centres has seen an encouraging development since then.

SES in Hungary: SES invested €24 million in a retail park in Hungary and, as owner and operator, opened S-PARK, a modern retail park in the district town of Kaposvár, in March 2021. Combined with the KORZÓ location, which SES has managed since 2009 in the city of Nyíregyhazá, not far from the Ukrainian border, sales growth of +14.3 percent (incl. expansion) was generated in 2021.

SES in Italy, Croatia and the Czech Republic: Sales at the three SES shopping centres in northern Italy grew by 7.1 percent compared to the previous year. In Croatia, sales increases of +13 percent were posted at KING CROSS Zagreb, and an increase of +4 percent at EUROPARK Prague was generated in the Czech Republic.

SES continues to expand: Investments amounting to €115 million planned for 2022

SES will continue to substantially invest in its shopping locations in 2022. Around €115 million have been allocated for project developments, centre refurbishments, and maintenance measures in Austria and abroad. “The focus on neighbourhood centres and meeting point quality will remain as important as ever, as will the further upgrading of our existing centres in the direction of mixed-use locations,” reveals COO Christoph Andexlinger. “At both the existing and new locations, the guiding principle is the same: We create vibrant living spaces that are highly relevant to the customer.”

For example, KING CROSS in Zagreb is set to undergo a large-scale refurbishment. The operator also has further expansion plans with regard to new, high-quality retail park projects in Hungary, Slovenia, and Croatia.